Finally, Dr. Oz Is Called Out For His "Diet Scams"

If it sounds too good to be true, it probably is 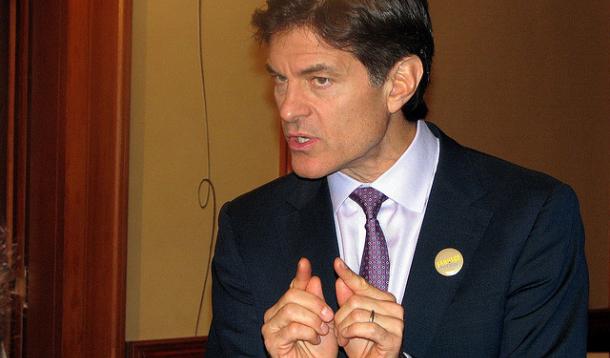 Celebrity Doctor and star of "The Doctor Oz Show" Mehmet Oz very recently attended a follow-up hearing for the Federal Trade Commission’s fight against bogus diet products. Although he attended more as a victim of fraudulent internet marketing, he was in for a big surprise. Missouri Senator Claire McCaskill, who chairs a senate sub-committee on consumer protection, was captured on video, scolding Dr. Oz for promoting several diet and weight loss products on his show.

As quoted in this article on the NBC News website, Senator McCaskill says “So why, when you have this amazing megaphone…why would you cheapen your show by saying things like that?”  She is also quoted in the article saying “When you feature a product on your show it creates what has become known as the ‘Dr. Oz Effect’ — dramatically boosting sales and driving scam artists to pop up overnight using false and deceptive ads to sell questionable products.’"

Someone has called Dr. Oz out for his nutrition and health advice based largely on quackery and pseudo-science. Finally!!!

After watching a few episodes of Dr. Oz when the show first started, I quickly became skeptical and stopped watching. I also cautioned friends and family to stop watching and following his advice, because I started to notice that he was making sketchy claims about certain dietary supplements and "superfoods" as they related to health and weight loss. I caught myself rolling my eyes throughout his shows and slowly started losing respect for him as a big-name medical professional.

Most of all, I felt angry that he was abusing his huge platform to mislead innocent viewers and fans who struggle with medical problems and weight issues, by giving them false hope that one or more foods or dietary supplements would be their "miracle cure."

At the same time, I'm tempted to give Dr. Oz the benefit of the doubt and call him a "medical optimist," after all, he claims in the video that the purpose for his show is so that he can be a "cheerleader for the audience" (I'm assuming what he means is to encourage his viewers to not give up hope when it comes to losing weight and becoming healthier), however, as a Physician, it's important that what he promotes is science-based. As a scientist, he most certainly knows better, and although he claims that he gives his family the same miracle products as he promotes on the show (such as raspberry ketones, green coffee bean extract and garcenia cambogia) and that he "studies them passionately" himself, he admits that he uses "flowery" and "passionate" language when talking about these products. He also admits that these products and claims often lack "scientific muster," something that he has likely not admitted openly on his show.

As a counseling Registered Dietitian, I understand all too well the strong desire to want to give people hope, especially when it comes to weight loss. But I also understand that giving people false hope—making a claim that any one food or product, or the elimination of a food group for that matter, will magically induce sustainable weight loss—is wrong.

Why so many people fail to lose weight and keep it off is because there is absolutely no quick-fix solution and that's just what most people want — a quick fix. In order to lose weight and keep it off for good, it requires a fairly major lifestyle change — one that involves dietary modifications that can be realistically followed without feeling deprived, a more mindful approach to eating and enjoyable physical activity. Sustainable weight loss also does not happen overnight. Slow and steady—no more than one to two pounds a week—is the only way to go.

I hope that Doctor Oz being "outted" for his misleading claims on his show will encourage more people to be skeptical of what they hear in the media when it comes to diet and weight loss products, and to become their own health advocates. Furthermore, if it sounds too good to be true, it probably is.

If this interests you, you may want to read about why most people who follow a gluten-free diet probably shouldn't be, as well as why these 10 "health Foods" aren't really healthy at all.

I post free nutrition tips and resources daily for parents and kids over on my Facebook page, so please feel free to check it out.