The Power Of Helping An Overwhelmed New Mom 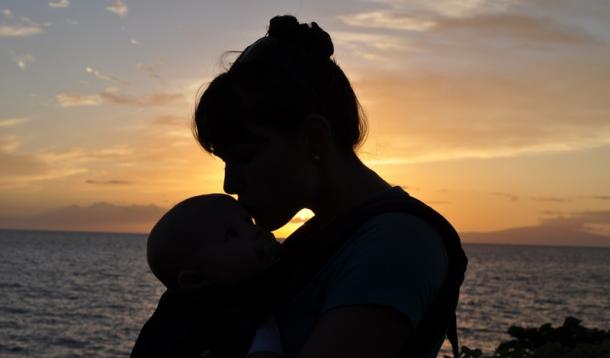 After hearing about the tragic loss of Lisa Gibson and her two children, I thought to myself "Lisa was at a similar stage of motherhood as me, having just had a baby and also having a toddler. I can't imagine how bad it must have had to be..." But then, just yesterday, I had a moment where I felt extremely overwhelmed. Trying to get out the door (I was late for an appointment), my baby was screaming, and my toddler was taking everything out of his backpack and throwing it, despite me telling him not to a million times. He had already had two "time-outs" for misbehaving that morning and I was at the end of my rope, not to mention very sleep deprived. "Why does "sh*t hit the fan as soon as I need to leave the house?!" I thought. I grabbed my toddlers arm and yelled at him to stop doing what he was doing. In that instant, I felt out of control. I stopped myself, backed away and sat on the couch. I started feeding my daughter and cried. I took a few deep breaths and then talked to my son calmly. I felt awful. I would have never grabbed and yelled at my son before my daughter was born. Why was I doing it now?! Maybe the sleep deprivation and therefore lack of patience had something to do with it? Maybe I had, in that moment, caught a glimpse of what Lisa Gibson had been going through. And perhaps I felt just a shred of the pain that she had been feeling, all of the time.

In talking to friends and other moms, I know I'm not alone. Even if we're lucky enough not to develop post-partum depression, we all have moments that we wished we could take away. We all feel overwhelmed and frustrated and kind of like we want to run away sometimes.

Yesterday I was at my midwife's office for my daughters 6-week check up. After our appointment, I went into the lounge and nursed my daughter. There was another woman sitting with her son who about the same age as my daughter, trying to sooth him with a soother. Her shoulders were tense and raised and her whole body was bouncing up and down as she sat, holding her baby, in attempt to stop him from crying. As I was nursing, I kept wondering why she wasn't feeding him because it appeared that he was hungry. But then thought that she knew her baby best and perhaps he was just fussy or gassy or something. She glanced over at me, embarrassed, and hesitantly reached into her diaper bag to grab a bottle. She turned her body away from me slightly and started feeding her baby, who started desperately gulping the milk down. He was starved. But that poor mother thought that I was judging her. Because I was nursing, she thought that I was looking down on her for bottle feeding. I know this because I was once her. I had been in her shoes. I mostly bottle fed my son and felt extremely guilty and ashamed of it, despite the desperate measures that I had taken to breastfeed him. She glanced over at me and I smiled and started talking to her—asking her about her beautiful baby, about how she was feeling after having a baby and if she was feeling as overwhelmed with two kids as I was feeling (she had an older daughter there too). Her whole body started to relax. Her shoulders gradually started dropping and her body slowly started turning towards mine.

When other people (especially other moms) do simple things like flash a smile, open a door, make muffins and deliver them, or pick up a receiving blanket that falls on the floor, it makes overwhelmed moms feel like they're not going it alone. It eases their doubt that they are doing a good job. It brightens their otherwise hectic day and allows them to take a deep breath.

Perhaps if there was less judgement and criticism, and more empathy and generosity between moms, we would all be able to handle the hard moments a little bit better.