I Pick Up Moms On the Street

I have friends. Quite a number of them actually, but a lot of them don’t have kids yet. 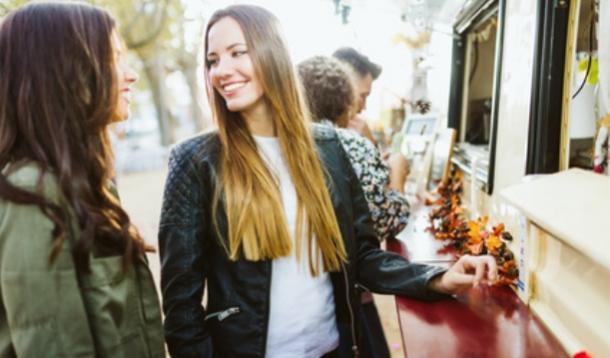 Ok well maybe not quite on the street. More like at playgrounds, in coffee shops, and inside shopping malls. We all get a little garrulous with other parents when we’re out and about, don’t we? Being a parent – especially of young kids - really is like being a member of a club: The “I’m so busy I forgot to have friends” club. So by ‘pick up’ I just mean that when I meet a fellow mom with whom I sense a platonic connection and more in common than just kids, I sometimes ask if she is interested in exchanging phone numbers and meeting up. And most of the time, they are interested right back! One time while browsing a Nespresso store with my family, I met this super cool woman who was also browsing with her family. We got to chatting up a storm about being moms of boys – two apiece – and our careers while our menfolk picked out new coffee pods (how’s that for role reversal?). She was great! Smart, friendly and funny, and worked for Nickelodeon. But I didn’t think to suggest we exchange phone numbers and regretted it. Shortly after we left the store, I mentioned to my husband that maybe I should go back and see if she was still there. I didn’t go back, but that didn’t stop him from giving me a look that said I was certifiable.

Full disclaimer: I have friends. Quite a number of them actually, but a lot of them don’t have kids yet. Many of them also live in the US. I do belong to a lovely little group of gal pals however. We all met when we each had our first kid, nearly four years ago now. We still get together regularly – avec and sans kids. Still, there’s something about this stage of parenting that occasionally compels me to try to befriend other moms – even ones I’ve just met! Could it be adaptive? Am I surreptitiously attempting to find compadres more so for my kids than for myself, so they’ll have happier childhoods, thrive, and grow up to have their own kids, and eventually hit on other parents as well? Or am I just desperate? I think not. There are a slew of apps dedicated to helping people mindfully but also efficiently choose other people to form platonic friendships with. There’s clearly more than one of me out there!

But basically what I think this boils down to is two things: Time, and what I like to call The Crazy. It was when I became a mom, not when I started my own business, that there was a total and utter shift in the way I viewed time. I suddenly became aware of how preciously limited a resource it is, whereas it previously had the illusion of infiniteness. And time that had no dedicated purpose to it – whenever that managed to happen – was like finding Mercury! I’d get so excited and flustered it was there that I wouldn’t know what to do with it…and then it would be gone. Doing things decisively, confidently, and efficiently after becoming a parent – including making new friends - is part of being a parent. It’s a shift that most can relate to. And although I love being a mom and my kids so much I could literally eat them, let’s face it: Into every parent-of-young-kids lives, a little Crazy must – and will - fall. Or a lot! It’s the kind of Crazy that only other parents of, or who have had, young kids will truly understand. And so we seek them out, to connect with and share our outlandish stories. Either straight up and direct like me, or perhaps more discreetly.

I like my way; it’s worked well for me thus far. I’ll rethink it though if I ever catch myself lurking around the Nespresso store at Sherway Gardens in the near future.

Natasha Sharma is a therapist, happiness expert, TV/media spokesperson, speaker, and psychology doctoral student. She is also the author of The Kindness Journal  a guided daily journal for cultivating happiness and a more positive outlook in life. Natasha is devoted to inspiring and helping others become happier and feel more fulfilled. She founded the Toronto clinic NKS Therapy in 2012.

Dr. Natasha Sharma Psy.D Why My Husband is “Number One”