When Your Parenting Styles Differ 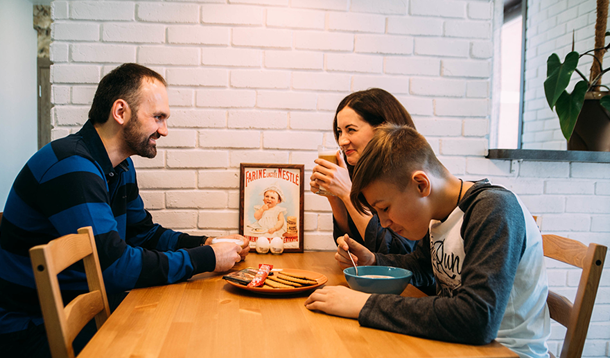 I’ve worked with hundreds of parents and their children over the years, and I sometimes run into my clients outside of the office while out in public.  Interestingly parents of younger children (say age 12 or less) are happy to walk right up to me when this happens. They say hello to me beaming with smiles and if their kids are with them, strike up random conversation and banter. One time in a Banana Republic, I inadvertently got into a tête-à-tête about the accuracy of ultrasound scans with a long time 8 year-old client, along with his parents and sister (he told me his sister was supposed to be a boy, but she had held up her finger in utero and fooled the radiologist).

On the other hand when parents of teenagers happen to spy me in public they do everything possible to pretend they didn’t, including crossing the street and jumping over a fence if need be. (Ethics around privacy preservation dictate that therapists should never acknowledge clients in public, but they can engage with you if they choose to).

Amusing anecdotes aside, it may come as a surprise to know that parents of older kids are more likely to encounter a strain on their marriage or relationship compared to parents of younger kids due to different approaches to parenting. The reason for this is straightforward: Older children are more complex and the higher cognitive needs they have can really bring out those differences more so than when younger.

Younger children require more caretaking from parents, whereas older children require more guidance and mentoring. This is because core personality development really ramps up around the beginning of the teenage years, reaching crystallization toward the late teens. Which means asserting one’s independence and identity is at its highest in and around this time. Throw in the changes brought on by puberty, coupled with the natural development of ‘reactance’ (a psychological – and completely normal - motivation to do the opposite of what one is instructed to do), and most parents have got their work cut out for themselves at one point or another.

It’s quite common to have different styles of parenting between partners when raising children. After all, a partnership involves two different people. You’re more direct with advice about their future while he’s a follower of the subtle style. She thinks you’re too hard on the kids while you think she’s too easy on them. He wants the kids to focus on school while you see value in their working at weekend jobs. Arguments usually erupt over issues surrounding school, social freedoms (such as outings, curfews, and dating/sex), and dealing with the inevitable teenage infractions (experimenting with alcohol/drugs, ‘borrowing’ the car, etc.). Here are a few tips on how to handle things when you’re butting heads:

1.  Expect to have different opinions at times.

You’ve probably heard it before, but work out any differences you have behind closed doors and then present your decisions jointly to your kids in agreement. It’s not always easy, and it may involve a lot of negotiation and compromise on your part, but it’s time well spent. Kids won’t hesitate to use your open disagreement to divide, conquer, and try to control the situation. It worked for the British Empire for hundreds of years, and it’ll work on you.

2.  For important decisions (like school trips or asking for money) consult with your partner first before making commitments to your kids.

Don’t feel pressured to give an answer simply because you were the one approached first; kids often go to the parent they perceive to be the influencer or ‘easier one’ with big requests. Don’t be duped.

3.  If your partner has already handled minor requests or issues in your absence, don’t undermine them by going back and changing their decision or the consequences imposed (within reason).

Your kids won’t take your stance as seriously and may become more oppositional. Be consistent and trust one another.

4.  Ensure that any means of discipline or punishment isn’t being handed out solely or mostly by one parent.

It’s no fun being Mean Mommy or Daddy the Drudge.

5. If hugely significant gaps do exist in how you and your partner fundamentally approach parenting:

It might be time to seek help from an outsider such as a family therapist or couples counselor.

My husband once put our 2-year-old son in a corner at a party after he jumped on an air vent and cracked it, in front of a hushed and watchful crowd. I wasn’t thrilled about it. It wasn’t the standing in the corner part I disagreed with; it was making him do it in front of everybody. I got lucky; I calmly stated my case to him later in private and upon reflecting he agreed with me.

I anticipate far more drama out of both of us in the coming years.

Natasha Sharma is a therapist, happiness expert, TV/media spokesperson, speaker, and psychology doctoral student. She is also the author of The Kindness Journal  a guided daily journal for cultivating happiness and a more positive outlook in life. Natasha is devoted to inspiring and helping others become happier and feel more fulfilled. She founded the Toronto clinic NKS Therapy in 2012.

Dr. Natasha Sharma Psy.D Why My Husband is “Number One”