Passenger Finds "Whole New Way to Be Awful" on Flight

so little tolerance for other human beings 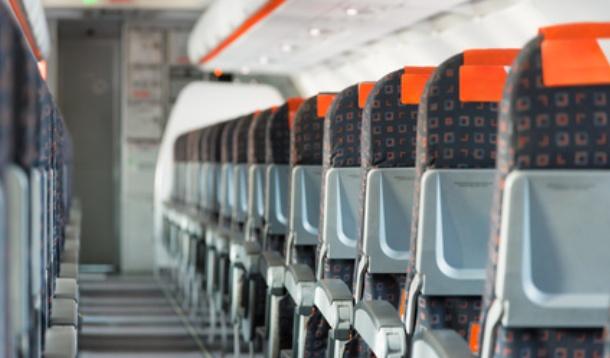 Flying is a just fancy version of purgatory, isn't it? The latest horror saw one passenger shame another on social media for inventing "a whole new way to be awful at 35,000 feet." The culprit: the woman in seat 22B. Or her ponytail, more specifically.

On a flight from Houston to Boston, a woman unthinkingly swung her long ponytail over her shoulder, where it landed directly in front of the screen of the passenger seated directly behind her.

Congrats to the ponytailed young woman in seat 22B. You've invented a whole new way to be awful at 35,000 feet. pic.twitter.com/VWTPMI5JrM

Of course it being the year 2016, any mild annoyance mustn't simply be endured but must be broadcast and commiserated over with leagues of strangers on social media.

Within a matter of hours, the image racked up 7,000 retweets in a single day, wherein people mused over fun and somewhat sadistic ways to deal with the offender's ponytail - from cutting it off to dipping it in a drink or chewing gum.

Someone went one further and suggested it be used as a lever to help the passenger get up from their seat. Ouch.

All a bit harsh, methinks, given the long-haired woman was oblivious to the grief caused by her mane. And when her attention was called to it, she promptly returned her tail to its rightful seat.

But it calls to mind the greater problem we have sitting in close proximity to each other. We have so little tolerance for other human beings these days.

Don't breathe near me. Don't deign talk to me unless it's through a phone or via characters not totalling more than 140 characters.

What has made us so intolerant of others in our personal space, particularly on flights?

An overarching lack of manners and courtesy. As a former frequent flyer, I've seen the most disgusting violations you wouldn't normally see in polite company.

On planes, people often show a flagrant disregard for anyone around them. They behave in ways they wouldn't in their own home. They promptly whip off sweaty socks and haul around barefoot. They throw their garbage - dirty diapers and all - on the seats and the floor, safe in the knowledge that someone else will clean it up.

But maybe before we whip out a device to publicly flog an offender, we simply ask them to correct the transgression and take it from there.