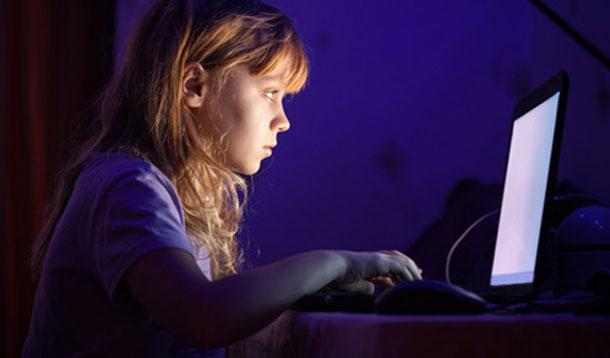 This Toronto dad is a superstar. But when he helped put a sexual predator behind bars, he claims he was just doing what we all should do to keep our kids safe online. In case you missed it, Cliff Ford was in the practice of monitoring his 12-year-old daughter's social media accounts. When he noticed an email entitled "Hey sexy" from someone she'd met in a chatroom, he took over for the next three days.

Posing as his daughter, Ford began corresponding long enough to fish around and uncover the man's identity and proof of sexual exploitation, ultimately leading to a 22-year jail sentence. Turns out, the 30-year-old Ohio man belonged to an online child pornography ring. Busted!

5 Tips for Families to Use Tech Safely and Responsibly

"We had these rules in place for just this type of situation," Ford said. "Parents can be empowered and can watch out for their kids. It's simple steps that they can do that'll make sure that their kids are safe online."

Simple, yet how many of us pay close enough attention? The 'what ifs' are enough to make your skin crawl. What if that email had somehow slipped past Ford that day? What if his daughter had revealed personal information or images of herself?

Though it played out well in Ford's case, parents are cautioned against having direct engagement with online predators, which is best handled by specialist police units. It's a good idea to take screen shots, save incriminating messages and any information that could prove vital in an investigation.

Bill Belsey, the creator of Bullying.org and Cyberbullying.org, says Ford was on the right track. Rather than banning or blocking or snooping around his kids' online accounts, he kept an open policy, sharing access to logins and passwords because the internet is a "privilege not a right."

Kids who don't comply, lose access to smartphones and the internet—period.

Some telltale signs that a child is being harassed online are available here. Always keep the lines of communication open and make kids aware of tactics used by predators so they know what sexploitation looks like before it happens.

To report suspicious activity, parents are advised to submit a report to Cybertip.ca or call the police.