When Is A Child Old Enough To Play Outside Alone? 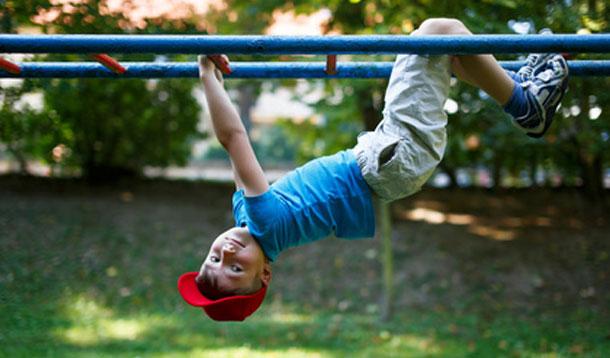 Or is age just a number when it comes to this divisive question? Parents are still torn when it comes to allowing their kids to play unsupervised. Though the trend is increasingly to let kids spread their wings and get back to the kind of free-roaming childhood many of us enjoyed, opinions tend to differ, sometimes vastly, as to what is an appropriate amount of freedom.

When Texan mom Kari Anne Roy let her 6-year-old son play alone in a park about 150 yards from her home, she didn't expect a visit from the police or Child Protective Services (CAS). (To the mathematically challenged among us, 150 yards is around the length of a football field.) And this measurement is crucial to the story, because the boy wasn't playing in the front yard or even the neighbour's front yard.

His mom couldn't see him, therefore couldn't help him at the drop of a hat, should he have needed her assistance. And it was this crucial detail that prompted a neighbour to not only escort the boy home, but to call the cops, which led to a later visit from the CAS.

“The children were awestruck and worried that a police officer had just questioned their mother in front of them. I was mortified. And angry. They were just playing outside. I can't emphasize that enough,” wrote Roy on her blog.

And while the reaction seems a bit heavy handed, the authorities had to question Roy about her home environment, ruling out things like substance abuse and neglect.

Roy's 6-year-old stayed behind in the park after his 8-year-old sister came home. To me, that would have been the time to send a sibling back to fetch him, or to promptly get him myself. My son is on the eve of his sixth's birthday and though I know that six year olds are not created equally, I can't fathom letting him play in a public place without supervision.
While I wouldn't demonize another parent for making that decision, in the neighbour's position I would probably have accompanied the child home, too. Who knows, I may also have been concerned enough to have the authorities check in just to make sure the home situation was OK. And that was the CAS's call to make, not mine.
You tell me: should there be legally defined boundaries as to when kids can be alone in public places?
Did this mom deserve to be arrested for letting her kid play in the park unsupervised?
Category:
Life - In The News
Tags:
mummy buzz
free range
helicopter parenting
unsupervised play
cas
when can a child play unsupervised