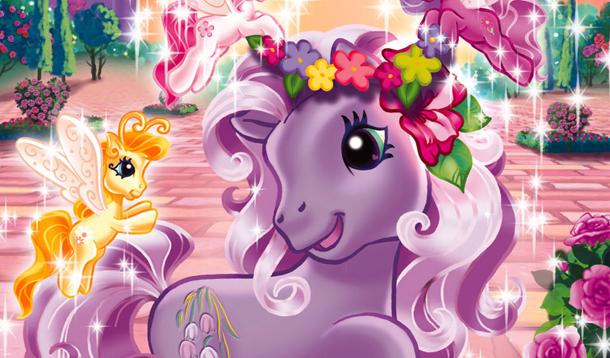 Recently, while driving to work and listening to The Dean Blundell Show, the discussion turned to Bronies—grown men who enjoy watching My Little Pony.

At first I thought this was a little creepy, but then I did a little research. It turns out the developer of My Little Pony, Lauren Faust, is known for writing kids' shows that have adult appeal and intentionally set out to create an animated show that could be enjoyed by children and adults alike.

This isn’t an easy task, most of the new kids shows are full of obnoxious characters with voices that grate on your nerves well before you get into their lack-lustre plot. So, I decided to come up with a list of kids' shows that are equally enjoyable for kids and adults.

Dean Blundell, although not a My Little Pony fan, said the only kids’ show that he liked to watch was Spongebob Squarepants, and it was a popular answer when I asked online what shows people watched with their kids. While I can see the humour in Spongebob, he also fits snugly in that obnoxious/irritating voice category for me.

So what shows would I watch with my kids? I think I will do this by age. I have 4 kids, so I will tell you what shows I would watch with each of them.

Siobhan is 19 months old, and we often have some TV time VERY early in the morning. The top 3 shows for this age group, I would say, are: 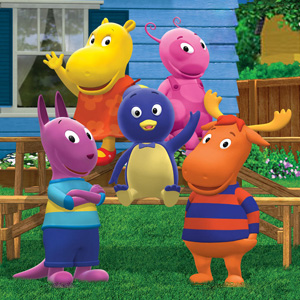 The Cat in the Hat Knows A Lot About That - This show has some catchy tunes, and it’s informative too. Sally and Nick go on many crazy, "Suessified" adventures, and when they get in a jam, Thing 1 and Thing 2 are quick to help them out.

Toopy & Binoo - I may get some haters for this one, but I am a Toopy & Binoo fan, and they got several votes in my on-line poll as well. I think Toopy & Binoo are a fabulous concoction of childhood whimsy and hallucinogenic drugs.

The Backyardigans - Everyone loves the Backyardigans. They are true genius, the writing, the characters, the simplicity. I would happily sit and watch this show with my little one, and I may continue watching it even after she has toddled off into the other room.

Rebecca is 6 and no longer interested in Treehouse (although she might watch it if no-one else sees her), so here are the shows I would watch with her: 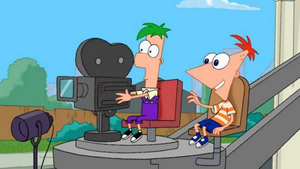 Totally Spies - This is basically an animated version of Charlie’s Angels with some serious techno gadgets thrown in. Who knew that your lipstick could double as a laser? Although the characters are a little flakey and the story lines sit at the base of mediocrity, it’s good for a half hour snuggle on the couch.

Scooby Doo, Mystery Inc. - While I would take a retro Scooby Doo any day over this show, it has the bones of its predecessor, and still follows the general plot lines too. I am disappointed that they felt the need to make Shaggy and Velma into a love story, but happy to see that “those darn kids” are still solving mysteries.

Phineas and Ferb! - This may be my all-time favourite kids show, and it seems many agree. This show received the most votes in my on-line poll. The writers for this show are brilliant and have provided just enough adult undertones to keep kids and parents alike tuning in. “Mom, Phineas and Ferb are in a blog!”

Ethan is 9, and I have to be honest, we have very little in common as far as entertainment goes, so I will tell you what he and my husband might enjoy watching together.

G.I. Joe Renegades - Guns (check), fighting (check), guys with weird nicknames (check), spies (check). It has all the makings for a show that the guys in my life would watch. I know, I don’t get it either.

Hole In The Wall - This is a funny game show where there is literally a hole in the wall that people have to try and fit through by making the same shapes out of their bodies. I’ve only seen it a few times and it looks impossible, but both the boys and my daughters really like it.

Star Wars: The Clone Wars - Now this one I understand, and while I am not a fan of most shows with the word “Star” in it, I do have a soft spot in my heart for Ewoks. What? They’re cute!

And, finally, our tween. Eleanor is 11, so bring on the high school dramas and kids with attitudes. I am aware that there are a lot of Family Channel haters out there, and I get it, the kids on these shows are rude, but they still have a few shows I really enjoy. 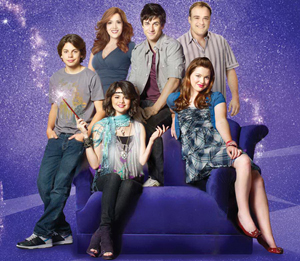 Good Luck Charlie - A lot of parents told me this was a show they could watch with their kids, and I agree. Well written, interesting characters, and a totally cute baby without being too cutesy.

Wizards of Waverly Place - I have been known to watch this without the kids, so I guess I would watch it with them too. I’m a Selena Gomez fan, I admit it!

America’s Next Top Model - What? That’s the best part about them growing up, you can stop watching kids’ shows! This is a show we like to watch together weekly and pick our favourites to win. I once questioned if this show was going to have a poor effect on young girls’ self image, but was happy to find they included plus size models and one season, they even kicked someone off for being too skinny. Way to go Top Model!

So, there you go. Maybe it’s not so weird when adults enjoy kids programming. Bad news for all you Bronies out there, though: Faust has left the My Little Pony production. Don’t worry, she will be starting a new series called Super Best Friends Forever starring Batgirl, Supergirl and Wondergirl. I wonder if it will garner the same kind of following?

What shows do you watch with your kids?

Maureen Turner: We Are Family Not Pleased With Please Mum

Maureen Turner: We Are Family It Rhymes With Dolores