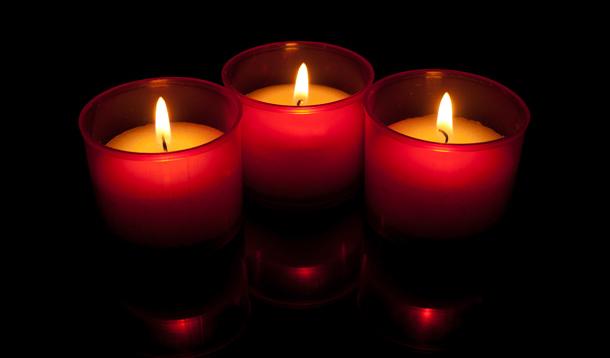 He stood at the street corner with his back to the traffic. It was cold and raining and it was dark, the late afternoon in November dark that arrives in BC like a rock rolled in front of the sun.  I was wet having only left the shelter of my car one black ago.  He was asking for money, shoulders hunched against the weather. Across the street there were two more men. One man was sitting on the ground with his back against a bike rack, a sign laid on the sidewalk in front of him. He looked both resigned and angry and was talking to himself or passersby, I couldn’t be sure. The other has been selling street papers on that corner for years.

Every time I run errands on that corner I feel like I’m running a gauntlet in my own conscience. I told the guy with the papers and the calendars that I’ll buy from him before Christmas, maybe a calendar. And I meant it. I stepped carefully around the guy on the sidewalk, feeling badly about my bags of food.  I really had no change to give to him, the parking meters had taken my last quarters. The guy with the hunched shoulders met my eye. I made a decision to stop. I had six buns in my bag and we would only need four for dinner. I explained about the change but asked if buns would help him. He said,  “Yes, buns would be great. I am so hungry.”

We talked a little about the cold. He asked if I had empties in my bags, and I did. I gave him the milk bottle to return for a dollar, and the others, cans and small bottles, which would not add up to much more than a quarter. He was grateful.  I felt both pleased to have helped and humbled by how little I had given. I told him I hoped he would find some warmth that night.

I was glad I stopped. Glad not because I had appeased my conscience (though it had quieted considerably),I was  glad because I had lifted a small corner of immediate darkness.  Glad because I had done something tangible to help.  Hurrying by would have been an easier choice but not one that would allow me to meet my own eyes in the mirror without the trace of a shadow the hurrying would leave behind.

“When I was 17, I read a quote that went something like: "If you live each day as if it was your last, someday you'll most certainly be right." It made an impression on me, and since then, for the past 33 years, I have looked in the mirror every morning and asked myself: "If today were the last day of my life, would I want to do what I am about to do today?" And whenever the answer has been "No" for too many days in a row, I know I need to change something.”

Of course this was not the first time I encountered the “live as if each day is your last” ethos, but it was the first time I held it up to the light and really personally considered the merit to trying to do so.

We are handed warnings and reminders along the way: lives and loves suddenly extinguished force us to stop and, after the forest fire of grief, we reconsider our relationship to what truly matters. New shoots grow up, but it is a raw and painful process. I know that if I were to live as if each day were my last, I would seethe and burn up as surely as a marshmallow held too close to the flames.

I suspect also that women, maybe mothers especially, cannot afford the luxury of living their days this way. Someone has to put the dental check-up that is six months from now on the calendar today. Someone has to clean out the dryer lint.

Maybe if I tried to live as Steve Jobs did, I would have invented something important by now. Maybe I’d have all of the photo albums neatly lined up on the bookshelf.  Maybe even a book to put next to the albums. My reflection winces.

The thing is, goal setting based on this ethos is a fear-based model. I do not want to live with fear as my guiding principle.

There is a bench placed at the entrance to the park near my house. It has a plaque in memoriam for a mother and a father. I pass it almost daily. It says, with love and gratitude:

“Without the rests, there is no music. Be Still.”

This, I think, is what I can look in the mirror and ask of myself every day. It is not a simple task. It is easy to keep walking, to get lost in the noise of the everyday. I run along, shortsighted, busy, stressed or happy, occupied or bothered by little things that add up to a lot of emotional sound. Sometimes it is a beautiful noise. Sometimes it is a cacophony.

It is in the spaces between the noise is where I want to live my life, because there in the pause is where grace slips quietly in.

I can try to listen. I can try to show up. I can try to be still and to pay attention. I can take the time to make acts of kindness – buns, soup for a lonely neighbour, food for a family dealing with cancer - part of my daily life These things will not change the way people communicate. They will not save nor affect the lives of millions. But they are what I can do. They are little votives lit on the altar of the everyday.

When I manage to do any one of these things I also manage far better to meet my own eye in the mirror.

And keep the dryer lint-free.

Catherine Jackson: EarnestGirl Chronicles Life Is Not A Highway