Beyonce at the Super Bowl: More Ass Than Kick-Ass

We should be speaking about her voice, not her clothes 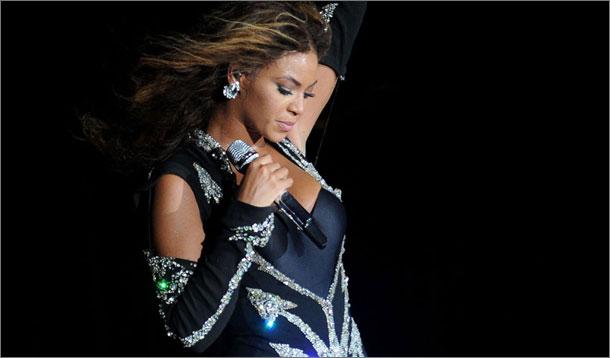 I hadn’t been particularly focused on Beyoncé’s Super Bowl performance except that I happened to catch it being re-watched on YouTube by the teenager on my couch. She would not likely have been focused on Beyoncé’s performance either except that there was buzz about it, and kids have exquisitely fine-tuned antennae when it comes to buzz. Which is exactly why I was still thinking about Beyoncé’s hard-not-to-watch performance when I saw Kat Armstong’s tweet the next morning. So I couldn’t help my earnest self but wade into a discussion that was already clearly well underway in the fun house hallways of social media: was Beyoncé’s Super Bowl performance kick-ass, or was it just all about her ass?

Let me be clear: I have marched at midnight through the streets to defend a woman's right to wear what she wants and not be shamed or victimized for her choices. I am not judging, finger-pointing, or suggesting that Beyoncé is anything other than an extravagantly talented and very beautiful woman at the top of her cohort. There was a gorgeous, many-armed moment up there when she evoked the image of the goddess Kali. And I did love the exploding-onto-the-stage triad of divas. But most of the rest of the time, I thought Beyoncé looked like a cobbled prancing thoroughbred horse, dancing to the well-executed tune of our cultural expectations in thigh-high boots.

Beyoncé’s Super Bowl performance was about (a fairly stereotypical variety of) sexuality as much as it was about her talent as a singer. The feminist mother and auntie in me shudders to think about what is being emotionally metabolized by our kids, our teenagers, our young men and women when this is their cultural fodder. Is this really what a sexually empowered woman looks like? It seems Beyoncé is owning it as such. And marketing it very effectively too. She certainly demanded our attention up there. But someone as powerfully talented as Beyoncé does herself no favours when we are having THIS discussion the morning after her performance.

We should be speaking about her voice, not her clothes.