Some Kind Of Wonderful 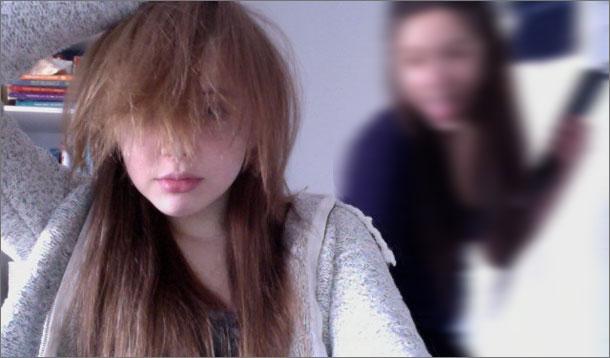 One sleepless night during my third trimester as dawn crept slowly over the mountain I was facing a chilling truth: I going to have a baby. Worse, one day I was going to have a teenager.

I know grown women with children of their own who are still trying to figure out how to apologize to their mothers for their teenage years. What man can look back at his callous teenage self and not cringe just a little? Who doesn’t remember those teenage moments that felt so desperately all-alone, the music that spoke only to you, the uncertainty of your place in it all, the precise way in which you were right and the rest of the world, your parents especially and your mother in particular, was wrong?

Contemplating being a parent to a teenager can indeed be fraught. The best thing you can do is get your hands on one immediately.

Up close and personal, teenagers are fabulous. They are self-aware, and if you catch them on a good day, often hilariously so. If you listen to them (and, despite all the attitude, they do want to be listened to) they are amazingly clear about their place in the messiness of family life. Even so, trying to organize teenagers is like trying to herd cats. This is where some of the conflict comes from. As Erma Bombeck said, “raising teenagers is like trying to nail jello to a tree.” They are changeable, moody things but can you blame them? They are asserting their own autonomy while simultaneously rewiring their own brains (see National Geographic’s fascinating article Teenage Brains for a few things that will keep you up at night.) They are, in actual physiological fact, incapable of making particularly good long-term decisions. They still need us, and this often makes them very, very angry.

About three years after that quiet dawning I watched my little girl become enraged as only a toddler can become enraged. She was magnificent in her commitment to the rage. It came from a raw core of strength which had not yet been made polite or bent to the demands of the social constraints around her; this enormously furious girl-child had yet to learn that socially acceptable girls don’t pitch ugly screaming fits and it was absolutely breathtaking.

I remember watching her and thinking: hold on to this anger little one, for you will need it one day. You will need to push back against all that your society tells girls, especially teenage girls, they cannot be.

Teenage boys face a myriad of pressures—social ones, as well as plenty of gendered expectations that are insidious and heavy indeed. But in this these particularly pressured, socially connected and media savvy times, I think girls have it harder. Today’s teenage girls are held to a cruel and unattainable double standard: they are expected to excel academically, socially and physically while being sexually desirable as well, simultaneously self-assured and submissive. Most girls see the cultural contradictions around them. And yet most are still secretly comparing themselves to impossible standards. They understand that they are being manipulated and air-brushed. They understand too that they are strong, and capable of so much. What I hope is that they manage to hold onto their toddler selves too so that they can channel their innate ferocity when their social pack or our culture at large is pressuring them to go against their own nature.

Teenagers, boys and girls alike, need their parents to provide the safe boundaries against which they will test themselves but always know they can find shelter within.  We are their safe harbour. The place they can always come home to, no matter how strong or fierce the storms. They in turn are often more sea-worthy than we give them credit for. They are resilient, observant, and relentless. Smart and funny. Kind and loving if you give them space enough to do it in their own way. There will inevitably be attitude, eye-rolling and yes, challenges small and large. And? That is exactly as it should be.