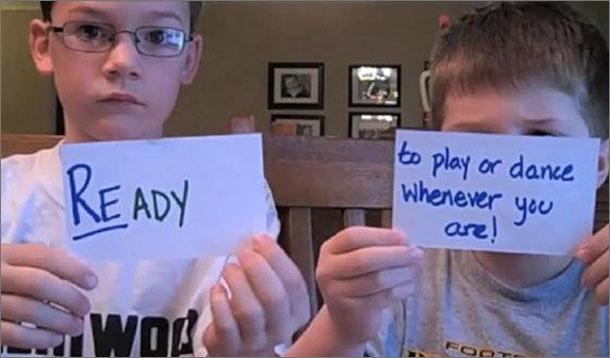 As a parent you know that sometimes it takes our kids to teach us adults a thing or two about love and tolerance. Two young brothers from Illinois are doing just that—to speak out against their bullied sisters with Down Syndrome.

According to an article in Huffington Post, the Hollis family woke up one morning to find their house and car vandalized, spray-painted with "retard" and "get outta here." (It's 2013, people, what's your excuse!?)

But instead of skipping town, Anne Hollis and her kids decided to fight the bullies head-on with a campaign via YouTube's channel, Everyone Matters.

Watch the video and prepare to be charmed by the Hollis girls, Meg and Alina, and their brave family. Share away and do your part to put an end to ignorance and intolerance—NOW. 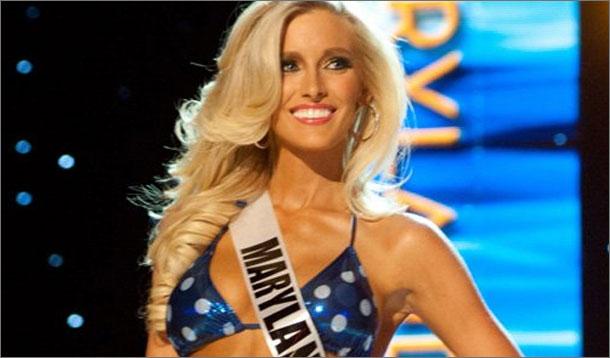 A contestant in this year's Miss America pageant is taking radical measures to prevent the breast cancer that claimed the lives of her mother, grandmother and great aunt.

According to an article in the Star, Miss DC, 24-year-old Allyn Rose has announced plans to undergo a double mastectomy after the contest finale. Win or lose, she will go under the knife and have both breasts removed as a preventative measure—a decision that has shocked many in the medical community.

Indeed, the procedure is "very unusual" for someone in her early 20s, said Todd Tuttle, the chief of surgical oncology at the University of Minnesota.

As the Star points out, if Miss DC wins the crown, she will be the first Miss America "not endowed with the Barbie silhouette associated with beauty queens."

What do you think of her decision? Brave and bold, or pre-emptive paranoia?

Something Unpleasant From The Twilight Franchise 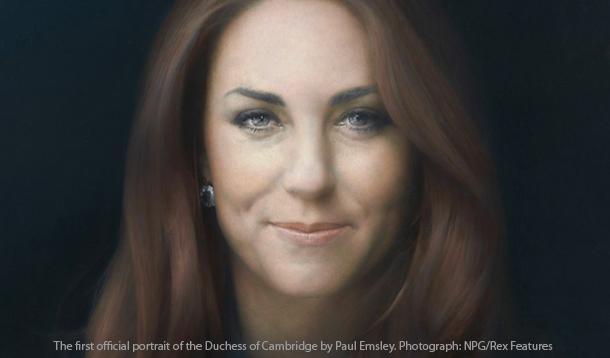 Having your portrait painted has got to be an honour, right? But what about when the rendition is less than flattering? Just ask the Duchess of Cambridge, Kate Middleton, whose first royal image is hardly a likeness of the beautiful 31-year-old wife to William and expectant mother to a British heir.

What on earth was artist Paul Emsley, handpicked by Kate to put her face on canvas, thinking? Did the pressure get the better of him? Faced with public backlash, he blamed his subject, of course.

"The fact that she is a beautiful woman, for an artist, is difficult," Emsley said in an article by Gawker. "If a subject has a lot of wrinkle lines or a distinctive chin or nose or something like that it is easier to get a likeness, but when you are working with someone whose face is just a lovely face it is harder."

So if Kate were ugly, then painting her would have been a piece of cake? Did the late Diana have this problem? Smell a cop-out?

Many media outlets were quick to dub Emsley's work an artistic FAIL. The Guardian even went so far as to liken the portrait to "something unpleasant from the Twilight franchise." They didn't stop there, but felt the need to include a scathing description worthy of Stephenie Myers herself:

"... a vampiric, malevolent glare beneath heavy lids. Then there's the mouth: a tightly pursed, mean little lip-clench (she is, presumably, sucking in her fangs). And god knows what is going on with the washed-out cheeks: she appears to be nurturing a gobbet of gum in her lower right cheek. The hair is dull and lifeless; the glimpse of earring simply lifts her to the status of Sloaney, rather than merely proletarian, undead."

Personally I'd say it does look just like Kate—or rather, how I imagine she would look after an incredibly hard night of partying. Poor Kate. In the limelight once again, and for all the wrong reasons. Good practice for her to tune out the voices of critics, perhaps. Somehow I doubt this portrait will be hanging over any Royal mantels any time soon...

What do you think of the painting? Realistic or regrettable?