What This Mom Wants for Christmas

"All I want for Christmas is you"? Guess again. 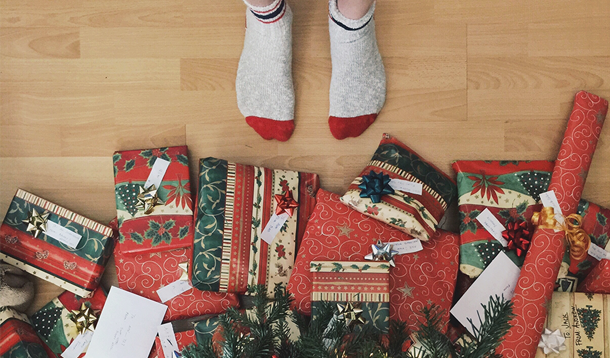 Every year I am asked what I want for Christmas. People sometimes seem at a loss as to what to get me. I search my brain trying to think of ideas and am usually able to come up with some good gift ideas.

But if you really want to know what I want for Christmas, think simple, think quiet, think me.

The gifts that I really, really want for Christmas won’t even cost you a dime.

I would like to go to the bathroom without a child barging in asking if they can have a Fanta at 8 o’clock at night while I sit on the toilet. No, knocking doesn’t mean you can come in. Hearing me say “Come in” means you can come in.

I would like to take a shower without a little voice on the other side of the curtain asking me if I’m done once every 48 seconds.

I would like to sit at the table in the morning with a hot cup of coffee without being asked to cut up waffles.

I would like to take a nice relaxing bath without a child sneaking up to sit on the side of the tub and dip their feet in my bathwater.

I would like to spend an afternoon shopping without having to take a kid into a filthy public bathroom.

I would like to sit on my bed watching Coronation Street on my CBC app without a kid grabbing the iPad right out of my hands and taking it over. Maybe getting them into British Soaps wasn’t such a great idea.

I would like to spend a day in front of the fire in my PJs with a book in my hands and a glass of wine beside me.

I would like to pick a movie for movie night.

I would like an entire day without arguing or whining or complaining.

I would like to have one dinner without something spilling.

I would like the Candy Cane Ice Cream that’s currently in the freezer to last.

I would like to wake up in a bed with no children beside me feeling rested and ready to take on the world.

So, if you’re curious as to what’s on my Christmas list I’ve kept it easy. I don’t need anything fancy or expensive. It doesn’t need to be wrapped up in pretty paper or finished off with a bow.

Truth is all I really need is a little time to myself.

RELATED: The Types of Christmas Moms