The Types of Christmas Moms

Which one are you? 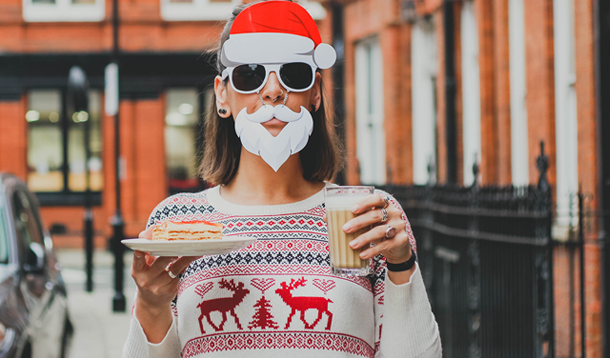 It’s that time of year! Pumpkin spice wishes are turning into candy cane dreams. Half the population is putting their Christmas lights up, while the other half bitches that people are putting up lights already. Can you feel the magic?

But not everyone who celebrates Christmas does it the same way. You can start a mommy-war with just four words – Elf on the Shelf. There are more approaches to Christmas than Santa has ho's. But definite categories of Christmas Moms do emerge each year. Which one are you?

The Way Too Early Mom

She starts Christmas shopping in January and is done by September, a fact she will cheerfully announce on Facebook. Don’t have the same tastes you did last February? Too bad. You’re getting a Hatchimal and you’re going to like it. The kids decorate the tree in their Halloween costumes when they get in from Trick or Treating, and the grocery store manager is on strict orders to call the second the first order of egg nog arrives.

Sure, the only tree left on the lot aspires to be as nice as Charlie Brown’s, but it still counts, right? It doesn’t have to have ALL of its branches intact, just a few to hang ornaments on. Alright, so all the Fingerlings are sold out when she hits the store to start shopping on December 23rd, but this Fingerlong toy with the instructions in broken English looks close enough. It got done eventually, and that’s all the matters.

Everything is perfect, everything is complicated, and it is no thanks to you. She did it all herself, and she is exhausted, but it’s okay, she doesn’t mind sacrificing her entire December to make a magical Christmas for everyone. No, no, don’t worry about her, she will rest in January. She doesn’t need to enjoy her Christmas, as long as you enjoy the fancy fruits of her way unnecessary labour. Thank her. For your own safety.

Who needs to buy wrapping paper, tin foil is way easier. Everybody is getting cash. She loves you and wants you to enjoy your Christmas, but she has no idea what you like and it’s just easier for you to pick it yourself. There may or may not be decorations this year, she might just enjoy looking at the neighbours’ displays. It’s not that she doesn’t like Christmas, she just doesn’t feel the need to go all out.

Her tree looks like a preschool vomited on it. Every ornament has a story, which she emphatically tells every year as she places it on the tree. Christmas Eve is for pajama opening, stockings always include Life Saver Books, and there is always a ham dinner with yams. After everyone hangs up the handmade stockings they have had since birth, they sit around and listen to the 27th annual reading of The Best Christmas Pageant Ever. There are no surprises at Christmas, but there is a lot of history.

Forget family traditions, give this mom the latest trends. She’s the one with chili pepper lights on her blue tree. No ornament has a story, but it does have a price tag and is only vaguely Christmas-related. Every piece of her décor is a conversation starter, and it’s impossible to hang out in her living room without questioning your decision to grab dollar store decorations.

There might be a tree under all those presents, but we’ll just have to take her word for it. She finished Christmas shopping in September, again in October, and then for really real on Christmas Eve. Unwrapping lasts roughly 16 hours, not including hydration breaks.

“Something you want, something you need. Something to wear, something to read.” And that covers it. Christmas has become too commercialized, and she refuses to be a part of it. The kids will each get a few things under the tree, but that’s it, and that’s the way it should be. Christmas is about more than presents, and there’s need to clutter up the house with more toys anyway.

Every other type of mom on this list is doing it wrong. “Baking cookies together as a family on Christmas Eve? Gag me. Oh, you flooded the tree with presents? Your kids totally won’t grow up to be spoiled brats. Only four gifts? Your poor kids, they’ll feel so left out when they talk to the other kids at school.” None of us are this mom, but we all know her.

Not only does she have 7,968 things pinned on Pinterest, but she is legitimately going to do them all. Every inch of her house is covered in lights or garland, her door is disguised as a present with adorable wrapping paper and a bow, and each child in her kid’s class is going to get individualized, personalized, handmade hot chocolate in a jar kits. Buddy the Elf has been into elaborate mischief nightly, all of which is carefully documented, told in first person by Buddy, on social media. She traded her winter hat for a Santa one on December 1st, and owns 27 Christmas sweaters to match it. She plays Christmas music on a loop in the house and in the car, and has no less than 3 gingerbread scented candles on the go at any given time. She answers the phone, “Merry Christmas!” be it her Grandmother, or Steve from Air Duct Cleaning. She isn’t pompous or showing off, she simply loves Christmas just that much.

Whichever type of Christmas mom you are, own it. Wear that label proudly. There’s no one right way to celebrate, so you do you, and don’t let anyone try to tell you otherwise.