My Children Are the Descendants of Both Slaves AND Slave Owners 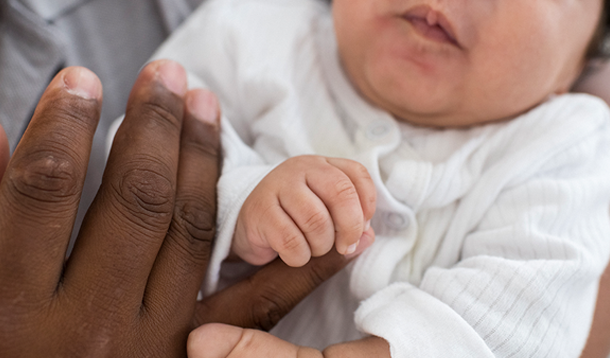 “Privilege” is not an obscure word in our house. As the mother of biracial but white-presenting boys, I have taken seriously my job of raising my children to be aware of the advantages they hold because of their gender and their skin colour.

Beginning when they were just toddlers, we have talked at length about bias, racism, sexism, and the ways in which we can work to acknowledge our privileges and seek out ways to level playing fields. My children understand the difference between owning their privilege and being shamed for being who they are, and why it is important not to meet the highlighting of their privilege with defensiveness. Privilege is a word that carries weight and responsibility in our house.

When Black History Month comes around each year, I am purposefully conscious of including talks of privilege in our celebration. It isn’t enough to simply show them a few profiles of black people or discuss some achievements that have been consciously omitted from their history books. We need to talk about why there is a need for Black History Month in the first place, and what we can do to make black history a bigger part of every day learning.

I had thought I was handling teaching them about race well. Then this year, sitting in the living room with my father and children, I had an epiphany I should have experienced well before my oldest son’s tenth birthday - my children are the descendants of slaves.

Logically, I knew this. While I am a white Canadian, my husband, their father, is a black American. He has told me about his ancestors through his maternal grandmother. When we were dating, he took me to a cemetery for slaves, segregated and othered even in death, where some of his ancestors were laid to rest. I have always been keenly aware that my husband is a descendent of slaves, a fact that I have rolled around in my head and heart quite frequently.

I have thought about how the blond streaks in his beard, and his grandfather’s blue eyes, were the likely result of horrific acts committed by slave owners. I have painfully acknowledged that our relationship would have been not just frowned upon but illegal mere decades ago; that were we born just a generation earlier, our children would not exist. I think of my husband’s ancestors and acknowledge their pain and their survival.

Perhaps it was their light skin. To look at my children, you would not know they are biracial. My oldest son has blond hair. My youngest has grey-green eyes. Maybe it is because they are being raised around my white family, but far away geographically from their black relatives.

Maybe it is because I am so conscious of making sure they understand that they have privilege that I often think of them as being white. While teaching them about race and black history and telling them the stories of remarkable black people, I had unwittingly done them a disservice by failing to connect that history to them. My own white privilege had reared its ugly head once more.

I asked my ten-year-old with what race he identified - something I had not asked him before. “Mixed,” he answered. At home, we use the word biracial, so he had clearly heard the term “mixed” elsewhere, indicating this is something that had come up outside of our house. This wasn’t surprising to me, there are a lot of biracial children at his school.

At six, my youngest doesn’t seem to have a grasp on racial identity yet. He understands that people come in a wide variety of shades of skin – he referred to his father as “brown Daddy” for several months as a toddler – and he understands that he is “half black and half white,” but he doesn’t have the social awareness to comprehend what race means beyond the literal colour of a person’s skin. We are working on it. Currently, he is more concerned with announcing to anyone who will listen that he is “half American and half Canadian,” a fact much easier to process.

I had already blown my ten-year-old’s mind during our recent discussion on passing privilege by pointing out that he is the same “amount black” (for lack of a better descriptor) as Barack Obama. It was time to surprise him once again. I told him he is a descendant of slaves. From the look of surprise on his face, this is not something that had occurred to him either. It prompted a discussion between my father and both boys about slavery, the Underground Railroad, and the racism that followed the abolishment of slavery and continues to this day. It wasn’t a new concept, at least to my oldest son, but it was a different feeling hearing it with the realization that these slaves were not disconnected people from the past – they were family. With it came the hard truth that had they been born in a different time, my children would have been part of this inhumane torture.

Their ancestry is still more complicated than this. They are the ancestors of slaves, but they are also the ancestors of slave owners, a fact I cannot let go unacknowledged. While we are Canadian, and officially Canada did not condone slavery (in reality is another story altogether), we do have American relatives in our past. Not all were slave owners, I’m sure - in fact according to family lore, we are the descendants of John Adams, who historically was anti-slavery - but statistically, it is likely our ancestry includes slave owners, and even our non-slave owner ancestors absolutely contributed to the oppression and dehumanization of black people.

My children’s family tree has branches that flourished by choking off some of its roots. My children hold privilege that was gained on the backs of many of their ancestors. My children have a foundation solidified in oppression as both the oppressed and the oppressors. How do I amalgamate that for them?

I’ve chosen to encourage them to own their legacy – all of it. We champion black history, not just this month, but all the time. My oldest son has a ten dollar Canadian bill, newly emblazoned with the portrait of Viola Desmond, that he refuses to spend. We buy the books and tell the stories of remarkable black people past and present. We celebrate the strength, the courage, the talent, and the passion of the people who helped make my children the amazing humans they are today and give them our respect and our gratitude.

We also acknowledge that their heritage includes people who hurt others, and that we still benefit from that injustice, even though we wish we didn’t. We discuss that, while we are not responsible for what our ancestors did and the harm they caused, we have a duty to actively work to change the systems that were put in place by our ancestors. We highlight the difference activism and anti-racism movements have made, and that they would not exist without them; but we agree that so much more needs to be done, and that it starts with us.

My children are living monuments to the strides we have made towards equality. They are also a reminder of a painful past that cannot go unacknowledged or be glossed over. They are proud of who they are and how they are using the knowledge of their past to shape the future of this world. While “privilege” remains an oft-discussed word in this house, I now make sure that “pride” does too.