Should we Eliminate Mother's and Father's Day from Schools?

Schools are doing away with the celebration 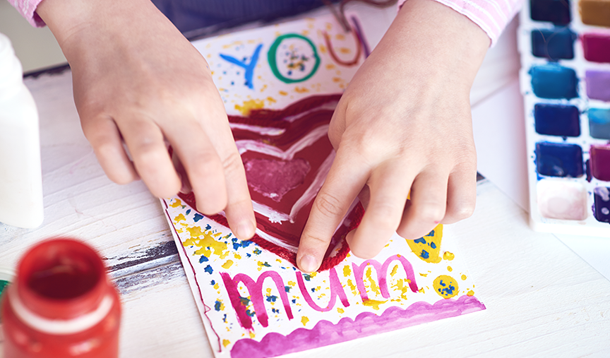 Is there anything more precious than a child coming home from school and sneaking away a present they have made for their parent or caregiver? “Don’t look!” they command, hands behind back, walking sideways up the stairs on a Friday afternoon.

It will be torture for them to wait until Sunday to give it to its intended recipient. “You don’t know what I made you,” they tease. “I’m so excited for your gift. Do you want to open it now? No, let’s wait. Maybe? No, let’s wait.”

Finally, the holiday arrives and before even the sun can wipe the dust from its eyes, the child hops into the big bed, gift in hand. It’s never anything objectively valuable - a craft easy enough for one or two teachers to help a classroom of small children create – but in their minds they are giving diamonds. For the lucky beneficiary of their generosity, it feels like being gifted a one of a kind masterpiece.

Few holidays create this kind of excitement surrounding gift-giving than Mother’s Day and Father’s Day. My children were thrilled to show me what they made for me at school, and my social media feeds were filled with touched mothers and caregivers showing off their children’s creations made especially for them.

But not every mom received one. And not every dad will either. Increasingly, schools are doing away with Mother’s Day and Father’s Day as a measure of being sensitive of different kinds of families.

I will admit, this gave me pause. I’m generally someone who feels strongly one way or another about things, but I didn’t quite know what to make of this decision. I can certainly appreciate that not all families include a mother or a father, and indeed, many don’t include either. I can understand why this could make a child feel left out.

But is eliminating the holidays altogether the way to mitigate that? I’m not sure. When I taught preschool, we had several children who didn’t have a mother and/or father who was active in their lives. Rather than exclude them or have them make a card for a parent they didn’t have, we allowed them to make their special gift for another cherished person. Some chose an aunt or uncle, others chose a grandparent. Sometimes, they child chose to make both a Mother’s Day gift and a Father’s Day gift for the same parent.

This seemed to work pretty well. No one was outwardly upset. But admittedly, I don’t know if it ever made any of them feel badly, and they just didn’t show it. They were young - kindergarten and under. Perhaps it would be more difficult for an older child.

When a similar debate arose about holidays with religious ties, I knew exactly where I stood. I wanted my kids to do activities for Christmas and Easter and Valentine’s Day at school, but I also wanted them to learn about Eid and Ramadan and Kwanzaa and all of the holidays celebrated by the children in their classes. Rather than eliminate holidays, let’s embrace them all and use this as a chance to learn about holidays celebrated by others.

I don’t know. I’d like to think so. I’d like to think that good and sensitive teachers would be able to celebrate these holidays while remaining inclusive and sensitive. I think in most cases this would work well. But I can’t shake the image of a child who has lost a parent in one way or another being hit over the head with the reminder of their loss.

Yes, this can be celebrated at home. But for single parents/caregivers, this is often the only way they get a gift for the holiday. If they don’t have another adult to initiate it with their child, and they don’t have school doing it, they miss out on being celebrated, and that’s tough too.

I don’t have an answer. I understand parents who are upset their children will not be celebrating at school. I understand schools being sensitive to their students. This may be an issue where there isn’t a definitive compromise and has to be left up to individual circumstances and judgment calls.

Or, maybe the answer is the more love sent out into the world the better.