The Cost Of Spanking Our Children 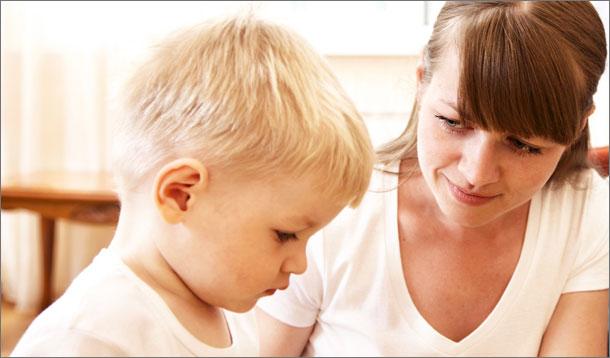 "I got spanked as a kid and I turned out okay."

I often hear this when talking about discipline methods for children. The key word in this sentence is "okay." What is our definition of this term, and is "okay" really what we want for our children? We now have a greater understanding of the impact of spanking and yelling, and how it negatively affects a person throughout their adult life.

Before beginning this discussion, it is VERY important to not blame our parents or grandparents for using punishment as discipline. We aren't going to blame them, because they were doing what they needed to, given the war/post-war/depression environment. Our grandparents usually had lots of kids and needed to keep them safe, fed, and warm. Survival was the focus at that time in history, which created a family system that needed order and obedience.

To avoid repetition, the word "spanking" from here on will refer to any repeated punishment that scares a child, using fear as a motivator (hitting, shouting, belittling, name-calling, isolation, threats, etc.).

In order to understand the strong impact of spanking, we need to know a little bit about the brain. I am going to use an overly-simplified description of the brain areas, and suggest that if you would like to know more, pick up a copy of The Whole-Brain Child, by Dr Dan Siegel. There are two areas of the brain to consider: the "primitive mind," which is located at the back, near the base of the skull, and the "rational mind," which is at the front, behind the forehead. I call the primitive mind the reaction centre, and the rational mind the response centre.

When a child is spanked, their reaction centre is activated. The child attempts to make sense of why she is being harmed, manage the confusion, and search for how to get out of the situation. The child has to figure out how to survive what is happening. When this occurs, the child is unable to think rationally or problem solve. If a parent continually uses spanking to direct a child, the reaction centre will continually be activated, and therefore become more developed.

The result of spanking is obedience (sometimes).

You may be shouting, "YES! That's great!" But think for a moment—obedience means caving to someone else's demands. Is raising a child who is scared into submission going to allow them to reach their highest potential? The cost of this obedience is often a chip on the shoulder, a general feeling that the world is out to get them, and a strong anger towards the person doing the spanking.

When someone who has felt forced to obey becomes an adult, that person often—and usually without awareness—tries to reclaim their lost power, by harming others.

Children who are spanked are at the highest risk for the following during their life: being a bully, experiencing sexual assault, marrying someone who will abuse them, and engaging in risk-taking behaviours. (Sexual assault risk increases, because they are more likely to obey a predator's commands than speak up or say, "Hey! You can't do that!")

Repeated punishment as discipline does NOT teach the following skills: how to let off anger, what to do with overwhelming sadness, how to communicate effectively, or something called "futility"—the ability to accept and move on when something desired just isn't going to happen.

Due to the lack of these skills, children who are spanked are at a higher risk for the following when they become adults: divorce, hurting others, uncontrollable anger outbursts, addictions, and mental illness.

All the family Christmases, drives to soccer games, and vacations in the world still are not going to teach these valuable skills, which are lost in the process of punishment. I think this is what makes many of us feel guilty or not okay with looking honestly at how we were raised. It is okay to really love our parents and be thankful for all they did give us, and at the same time understand that they may not have been aware of the results of their actions and just disciplined us the way everyone else did. We can both love our parents and disagree with the way they disciplined. Let's please try to disagree with them as kindly as we can. I haven't met a parent yet who woke up and said, "I really want to mess up my child."

Let's also be kind with ourselves. I know the pain of blowing up at my child when I just can't manage what they are doing or my own reaction. The hole made by my foot in my laundry room wall is there to remind me of the harm of reacting and taking too long to shift into my response centre.

There is a difference between being firm and being scary.

So, how do we teach a child to respond instead of react? Don't spank them. The next step is to learn how to calm ourselves and guide children using clever language. This DOES NOT mean becoming a parenting doormat. Too many parents have gone to this extreme, because they know the pain of being punished themselves, but just don't know the alternatives.

Another key learning piece for us is how to shift from our reaction centre to our response centre. How can we shift from being a raging, angry jerk to a rational person who can problem solve and think clearly? This is a skill that needs to be learned.

There are MANY resources to teach parents how to make this shift and discipline a child through guidance, rather than punishment. I regularly post these resources on my facebook and twitter (@andreanair) pages.