Do I Want 16 Year Olds Voting? No Way

Teens are immature. That's not an opinion or a dis - that's just biology. 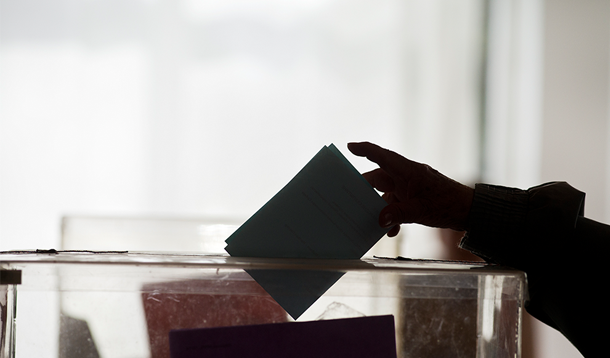 When the Parkland students decided to rise up and express a political opinion over gun control, people were thrilled. "This is the reason why kids should vote!" they proclaimed. They go on about how kids in high school are easy to reach and easy to encourage to vote; it'll increase voter turnout and it'll be great for the democratic process.

Indeed, even in Canada, the elections chief says it's an idea worth considering.

I don't disagree in the least that involving kids earlier in the democratic process will improve their willingness to participate in it. Here's the thing, though: nobody's asking whether or not these kids are ready to be - or indeed, even capable of - voting on things that affect people other than themselves.

I think of my own teenage years, and I look at teens today, and how the word sophmore (wise fool) is wasted on Grade 11 alone. Teens can be prone to fits of genius. But in so very, very many other things, even the smartest teens are often so very, very DUMB and prone to self-absorption. I guarantee many parents of teens will be happy to attest to this.

And you know what? It's OK for them to go through this phase of dumb, self-absorption. They're not bad, and it's not because they're not smart.

They're going through this phase because, despite how permanently fixated their height may or may not be at this age, they're immature.

They're still growing. WE were still growing as human beings at that age. Empathy and judgement and even wisdom take time to develop. So does confidence and a broad worldview. It takes a lot of experience and a lot of practice to look at someone and imagine what it must be like to be in their shoes. It takes a lot of practice and mistakes and research to understand - much less anticipate - consequences and implications. YES, I know, some teenagers are especially precocious and intelligent and wise, and they show extraordinary compassion and empathy for others. If they've developed all this early, that's great. But the rest? They're still growing.

Not every issue is going to be almost as black and white as the idea of gun control. In fact, 99% of civic involvement is downright, damned dull. And if most adults can't wrap their heads and education and interests around something like property tax usage, and how it does or doesn't currently benefit a community (but how it could)... can we really expect a 16-year-old to give a shit, much less vote on the issue beyond how it affects their wallet?

Do I want a 16-year-old, who is looking at their first job's pay stub, voting on whether or not grade schools get more funding? No, I don't. I don't necessarily want them voting on whether roads get repaired or expanded, nor whether the elderly get more help with health care.

I believe most ADULTS have trouble voting on every issue in a logical, educated fashion. Even I have trouble with that. When I go vote, I sometimes think that I shouldn't be voting on some things when I barely even know what they're about. Making an informed decision is a heavy responsibility.

I think teenagers are amazing creatures. But they're still kids. They've still got years of experience to gain in dealing with society as a contributing member.

And I don't think the kids are ready.