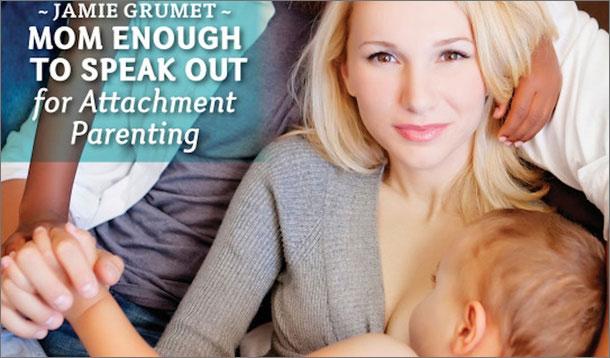 It's a TIME cover we won't forget in a hurry. And according to an article in Mommyish, the mom that made attachment parenting famous is back. This time in a very different pose on the cover of Pathways to Family Wellness magazine. On Pathways, the entire Grumet family cozies up for the camera while Jamie Lynne (discretely) nurses her grown son. It's as if she wants another crack at showing extended breastfeeding in a better light.

When Jamie Lynne “Are You Mom Enough?” Grumet graced the cover of TIME, even she had no idea the can of worms it would open. According to Mommyish, she has claimed since then that the infamous TIME cover was just one outtake of several shots taken by the magazine. Given the title, it's clear that TIME editors had an agenda that involved stirring up the ensuing media shitstorm. Then again, the then-unknown Californian mom complied:

“I have no problem being in a standing position, but the image they captured does not represent the vision and direction of the shoot (which was to convey confidence and contentment). A lot of people don’t realize that many photographs are taken while moving around between positions. The picture TIME chose for the cover was one of these outtakes.”

Does this new cover lend a fresh perspective to the extended breastfeeding/attachment parenting debate? Or is Grumet simply seeking further publicity? 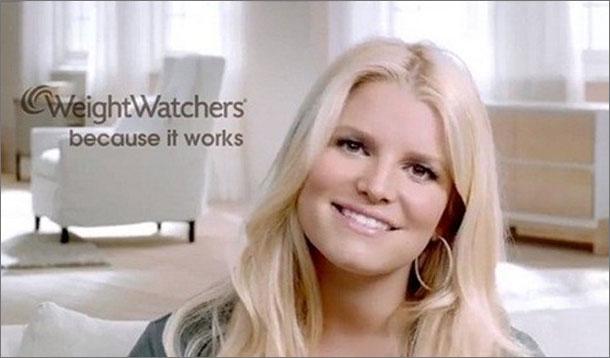 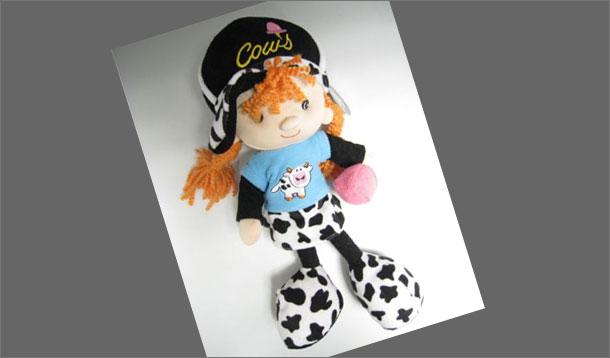 According to Health Canada, Royal Speciality Sales has voluntarily recalled the Molly Moo Doll with model number P735800 and UPC number 0 00000 09050 6 as a precautionary measure after a report by the retailer, Cows, that the nose had detached from two dolls, causing a potential choking hazard to young children.

For further information, customers may contact Royal Specialty Sales Customer Service at 1-416-423-1133 extension 239 Monday to Friday between 8:30AM and 4:30PM ET or via email.