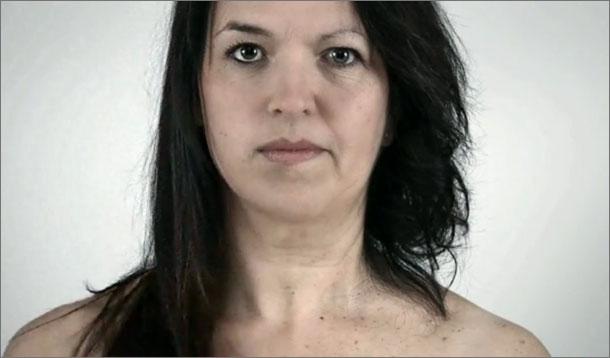 For those of you who are constantly told you are a double for your mother/father/sibling/cousin, this post is for you. Genetics have long been a fascinating topic, one that a 34-year-old Quebec City artist has explored in trippy detail in an installation over the past few years.

'Genetic Portraits' morphs the images of a various blood relatives, revealing an amazing melee of the gene pool and its various outcomes.

According to an article in the Huffington Post, Ulric Collette's seven year old was the starting point for the series of remarkable photographs.

"After the first one of my son and I, I was pretty sure it would work for other people too. A couple of days later, I contacted my brothers to try it out," said Collette. "I'm usually more shocked with the brother and brother, or the sister and sister ones ... sometimes the two subjects don't look a lot alike, but when I catch the right expression, they're a perfect match."

Perhaps most astonishing is the artist's own portrait, taken with his brother Christopher. He began taking the photos in 2008, and hopes to compile the images in a book once he hits the 100 mark.

Are you a dead ringer for anyone in your family? Tempted to try this out at home?