A Story About Facing Fears and Embracing Life 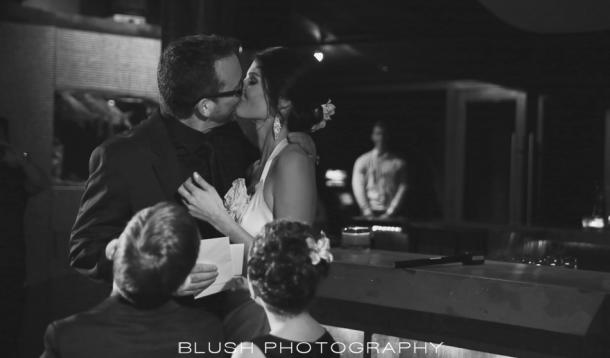 A good story inevitably has four ingredients: a series of events, an element of suspense, adversity, and triumph. This story will not disappoint—it includes a bride, a groom, and a wedding video with a twist.

I was able to talk to Karley—a high school friend—about the background and the "why now?" part of this story. Karley shared that she dismissed the idea of forever and fairy tale weddings after some heart breaks in her life—the tragic and sudden loss of her father in high school and some difficult breakups. Eventually, Karley sought a fresh start in life and moved to B.C. where she met Ian. Their whirlwind romance was great, but she was initially cautious. Things progressed and they became unexpectedly pregnant with their son Makai just a few months after moving in together. Enjoying family life, they pursued a second child and had their daughter Monet. Life was good.

Ian was keen to marry Karley, but for her, making a decision of such permanence was scary. She joked that marriage and tattoos were not for her. They were happy, had a mortgage and kids, and Karley wondered what a piece of paper would change. And life went on. And then life changed.

A decision of permanence reared its head with the daunting treatment, a hysterectomy, to face a cancer diagnosis. Ian was an incredible support during this hard and lonely process, giving love, help, and space when she needed, as she felt it was her struggle to face and heal through alone.

Adversity can beget clarity, and Karley began to wonder what she was waiting for. Life is short. Why not marry the man she loved?

A plan was hatched and over the year, details, plans, and invitations were kept cloak and dagger with a secret password-protected website and nightly browser clear outs. Karley again had decisions to face alone. She had the help of friends and family, but she often wished she could ask Ian what he thought, only occasionally asking him a question under the guise of aiding in a friend's wedding planning. The process was stressful, a venue got cancelled, one of her hires closed shop with her money, and she wondered if fate was saying no or if a surprise wedding would be what Ian wanted. She also questioned her own motivation. But truly she wanted to make the day about Ian—honouring him, as weddings are traditionally about the bride.

As you saw, it came together beautifully. When Ian showed up for his 50th birthday celebration dressed in the requested attire, he thought he would be having dinner with his family. What awaited him was his children with two envelopes (contents unknown to them) and his beautiful bride. The dream of marrying her became a reality.

I asked Karley why she thought so many people have watched her wedding, and she shared she felt it touched people's hearts about what matters in life—clarification she too had in the face of disease. They have been together for ten years, but since the wedding feel closer. Their commitment, trust, safety, and intimacy has deepened between them. Opening up about her health and fears has been difficult for the private Karley, but valuable. She feels she has overcome obstacles and has had others reach out who could relate to her journey. She says she will no longer let fear hold her back from anything.

Family Flight Tips On The Fly

Tips for You and Your Family

Family Flight Tips On The Fly 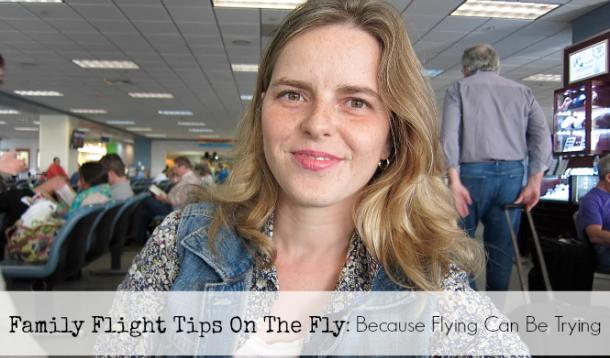 Flying can be trying. It is best to be prepared with entertainment, appropriate clothing, and anything that makes your flight more comfortable and enjoyable. With March break coming up, I wanted to share some of my best flying tips. We fly a lot as a family, so I thought I would share tips that were fresh in my mind, as we were literally en route. Some of the tips I have honed over the years: layers, moisturizing, always drinking tomato juice, one tip came from being a mom—the importance of entertainment, and one tip has evolved from stuffing kleenex up my nose every time I went to the airport bathroom to having vapour rub available. Hope you find these tips fresh and useful. Happy flying!

1. Bring entertainment for your children

3. Experience something new with your taste buds

6. Travel solo whenever you can!

For another fun travel tip, check out my baby beach tips.

Need more tips for travelling with a toddler? Check out this flight attendant's great ideas.

Five Homework Tips For Students Of All Learning Needs

Five Homework Tips For Students Of All Learning Needs 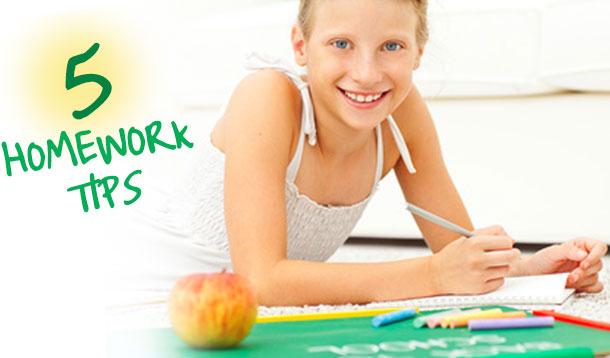 Homework time! Loathed by students and parents alike, difficult to implement for parents, and the last desire of students. It is a frequent topic discussed by stressed out parents in my counselling sessions. Special learning needs—including academic difficulties—high achievers, and students with social and emotional challenges can put additional pressure on families trying to find ways to support their kids. Here are a few ideas to support the young learner in your house:

Practice patience! After a long day of school, learners with special needs are doing their best to "hold it together" during the school day. By the time they get home, more school work is additional stress. A trick for parents is to help create a safe and pleasant place to work without putting pressure on the child or showing them frustration—otherwise there is a risk of of the child becoming disengaged.

Create an environment that invites learning and helps your child attend to their homework.

Create a place where you, too, would want to put your mind to work!

Get organized! Searching for pens, pencils, and paper when you finally get a child seated to work is not helpful.

A predictable regular routine is an effective strategy for students and homework success.

Sometimes the work can seem irrelevant to your child, so find connections and links to every day life and experiences you have shared with your child. Altering the homework content to include visual, auditory, or kinaesthetic ways can really help your child.

The quirkier and more fun you make the learning experience, the better the outcome for all involved!

Thinking outside the box is important when helping your child learn. Avoid high expectations and imposing traditional education methods, keeping in mind that previous ways of learning may not be relevant when preparing students for jobs that are yet to be created! When you are flexible and responsive to the learning style of your child, it will be easier to successfully reach the other side of the homework debate.

Click here to learn how to create an organized homework space for your kids.

Kelly Flannigan Bos: The Relationship Rescuer Do You Know Your Partner's Passwords?