The Locked and Loaded Issues of Secrecy 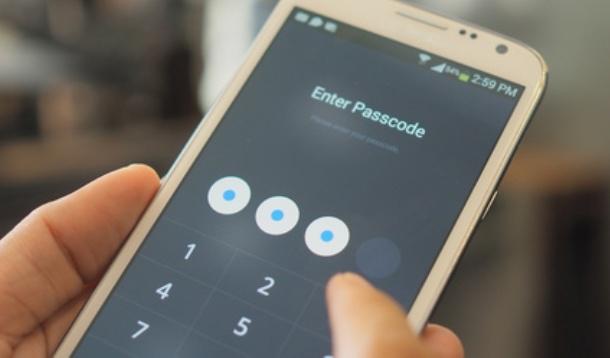 I understand there are always exceptions, but when a partner is upset that the other is not sharing the password for a electronic device, my therapist spidey-senses start tingling. This is because secretive behaviour with phones and/or computers have often revealed, at least in my experience, to be tied to things like affairs, addiction, financial deception, or secret families in Michigan.

If you are in a healthy trusting relationship your relationship should be a healthy place of openness and discussion and not require the level of privacy that locks your spouse or partner out of personal electronic devices and online communications. Within the counselling environment, I have yet to hear a justified reason why an individual should lock their phone/computer from their partner. I have definitely heard couples give reasons for locking their phone, but I can't think of any of these situations which did not eventually reveal a betrayal of some degree.

Let me qualify with this, I have also never seen Hillary Rodham Clinton. I don't think she would mind me disclosing that we do not have and have never had a therapeutic relationship. However, she, given the great email scandal surrounding her, I imagine, needs a very locked phone, even from Bill. So Hillary, and others like her in high government positions around the world need a bit of grace on this one.

I have also, at least not to my knowledge, clinically seen an international spy. But had I been seeing a couple with this issue, I think a statement shared of “I am a secret agent,” would be grounds in the counselling office for some understanding for this use of a strict password (and maybe even an added eye scan). And that would be a very interesting session.

Also, there are some understandable reasons for individuals working in roles where confidentiality is crucial like doctors, lawyers, investigators, etc. to have a need for privacy, myself included. This is fair and this isn't to be abused.

Now maybe a fourth reason to not share your password has occurred to you, the jealous, unfounded, manipulative partner, who not only reads everything but sends incriminating things from the phone. Yes, fine, lock the phone, but I would also suggest that this might be the least of your problems, rather finding ways to protect your devices might come second to a healthy decision of ending your relationship with a Regina George, Frank Underwood (Claire Underwood for that matter), or the like.

I don't want to get pedantic about it because sometimes a locked phone might just be a locked phone. This is not an issue when trust isn't an issue. If you feel fine about it, the commitment is solid in the relationship, you never really use each others phone, or the phone is locked for something trivial like you haven't gotten around to sharing the password, etc., there is really no issue and no need to worry.

When could this issue be a worry?

If trust is already an issue in the relationship, this type of situation is bound to be a problem. Also, if the locked phone is accompanied with:

Any combination of these can equal lots of red flags that might not reveal that hopeful exception of an accidentally discovered life with an international man/woman of mystery.

What do you do if you are simply feeling uneasy about it?

A "locked from you" phone can be confusing and should be open for discussion. If it is a matter of boundaries, address them, if trust needs to grow, honour that, have the difficult discussions and take the time to be safe for each other.

How the Blissdom Conference Will Bring Your Groove Back

The Conference you need to attend

How the Blissdom Conference Will Bring Your Groove Back 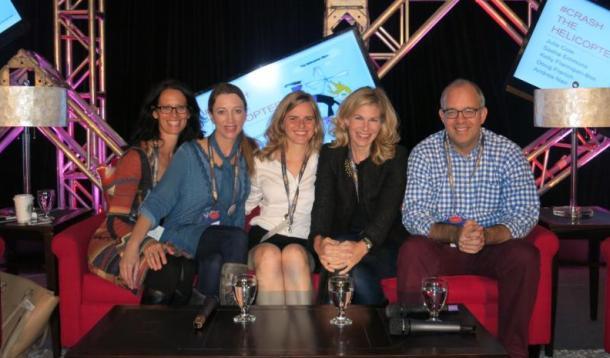 Love, marriage, baby, the baby carriage... it was great, really great, wonderfully great, but... I got a little lost in it for awhile. Have you ever felt a little out of touch with your pre-kid self? I certainly was. I had returned to work on a part time basis as a psychotherapist and had even started writing for a website. I loved it. But that was pretty much it for my social media foray. I wasn't in demand, didn't have a large network, was not in any loops, and not creating much of an online presence. Then, the website I wrote for decided to take some time out due to other exciting opportunities for the owner so if I wanted to keep going, which I did, something new had to be initiated.

My friend, who is now also my Yummy Mummy colleague today - Andrea Nair - told me about Blissdom. Everything I read about the conference was so positive, the preconference online forum was so engaging, my calender was algining with another appointment in the area, and then I ended up having the most global, random connection to one of the former Blissdom Principals on FB. It was all adding up to attend; I bought my ticket.

Blissdom is amazing for so many reasons and will be for you too. You will love the people: welcoming, encouraging, and helpful. The events are so well executed and fun, the speakers informative and inspiring, the networking incredible, great shwag, and the food... amazing! 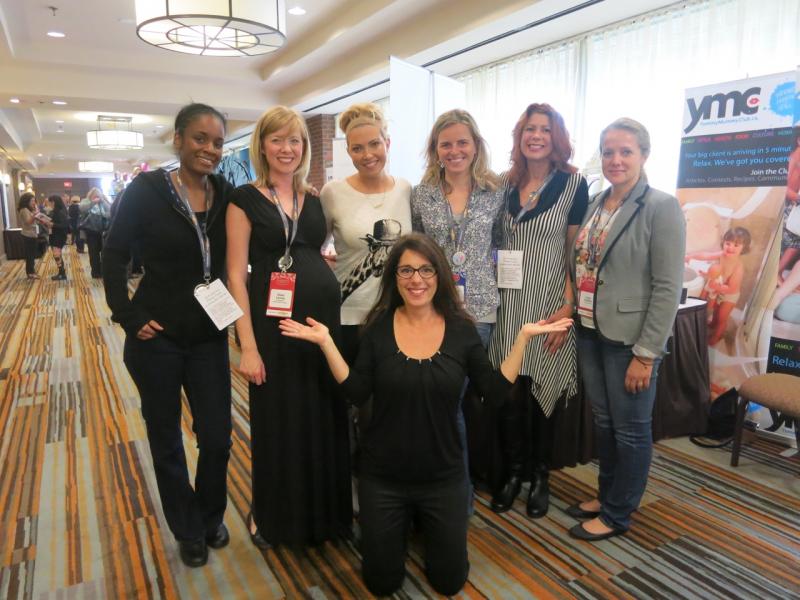 But the biggest success for me and hopefully what you will also find is that Blissdom will help get your groove back. When you attend you find yourself pitching you again, networking your interests, attending sessions to help you and your business. The "you" that you might feel you have lost in a sea of parenting responsibilities, work demands, and the general “busyness” of life. And hey, you had and still have a little something something going on. For me, it was awesome to remember that again and go for it. 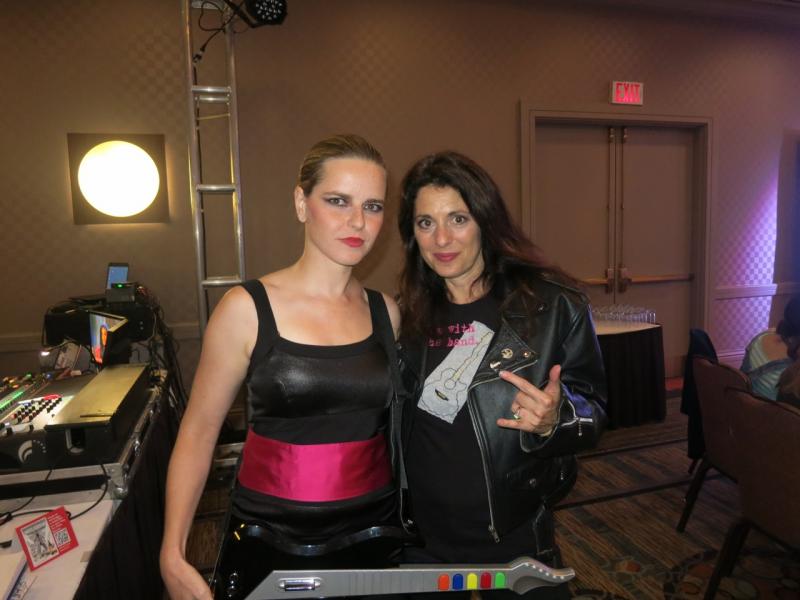 What did going for it do? Well I am happy to say that through Blissdom, putting it out there, and my contacts, I have been writing for the Yummy Mummy Club ever since as the in-house relationship expert. This has lead to many other opportunities within YMC and outside of it in magazines, other websites, and TV. I was even a guest on a Blissdom panel last year, my second Blissdom in! 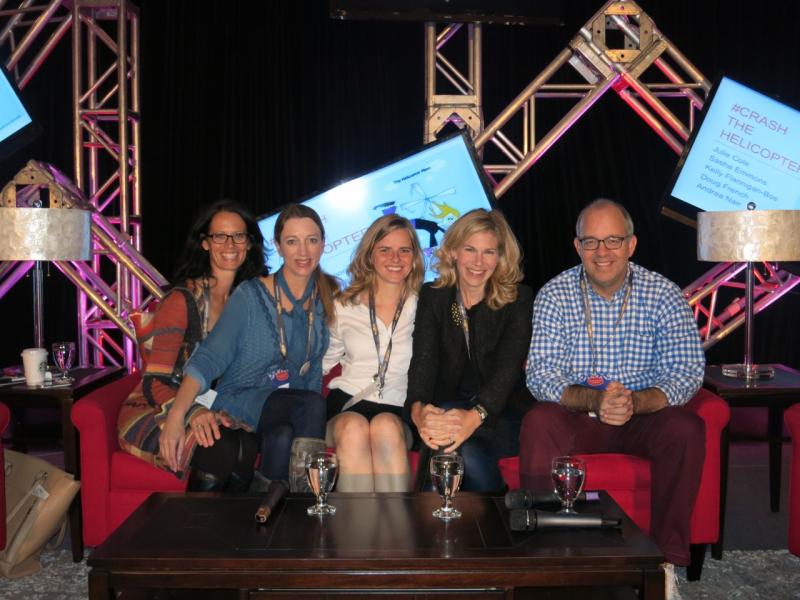 And the momentum has continued, I have put up a website, I have a good and growing following on Facebook as well as other media outlets and with all this groove and confidence going on, I applied, got accepted, and gave a TED talk in June of this year.

I know I am not alone in finding Blissdom to be an excellent place to grow and find opportunities. Blissdom is incredible at showing the how to's, introducing you to the experts, and encourages everyone to go for it and get their groove back too.

Kelly Flannigan Bos: The Relationship Rescuer Teaching Our Children About Truth, Kindness, and the Reality of Being Nice