Why Do Moms Feel The Need To Be PERFECT?

Perfect Madness: Motherhood in the Age of Anxiety

Why Do Moms Feel The Need To Be PERFECT? 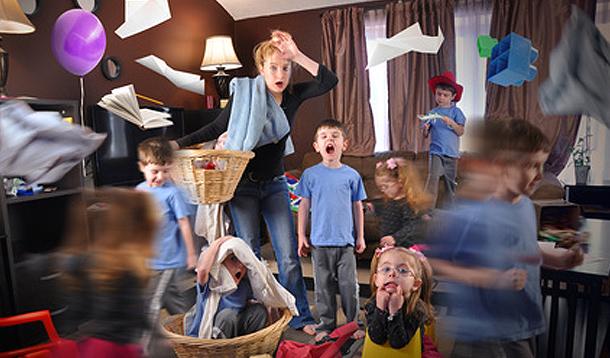 Motherhood can be all-consuming; not only do we have to take care of the basics, the day-to-day tasks of feeding, clothing and cleaning our little people, but we also often feel that it all has to be done with a smile, selflessly, creatively and for many of us, perfectly. Naturally, mothers feel responsible for almost every aspect of our children’s lives, we worry about their self-esteem, academics, health, safety, social skills, minor scrapes and skirmishes and the list goes on. We strive for the best, yet in reality we can't do it all and it's the trying to do it all that is taxing on our mental health.

So why do many mothers feel this pressure to get everything right? And why do other cultures seem to elude this angst? An interesting read about this topic is Judith Warner's book Perfect Madness: Motherhood in the Age of Anxiety. She explores why North American moms feel that they have to perfectly handle everything alone, and therefore are left feeling tired, powerless, and dissatisfied. She then examines how culture is helping to preserve this.

For many of us it is important to challenge our own culture of self-prescribed ideas about what makes a good mother. It is also important to keep our pride in check. Maybe we won't host a tree trimming party our kids will tell their kids about, we might fail to sell any, let alone the most magazines for our child's school fundraiser, we might also fail miserably at always looking the picture of calmness and perfection; and that's okay.

We also can’t compare ourselves to everyone else. Facebook is often lives that are airbrushed, no one is doing everything they are pinning, and tweets, at 140 characters, do not provide the whole story.

What can be done is to be mindful about why projects are being taken on, what is being posted and what is planned. If it is to protect or project a certain image, it might be time to re-evaluate. Maybe we will also rethink the occasional homemade yule log or Christmas stocking if it is a little less Norman Rockwell and a little more WWE Smackdown during its preparation. I think my daughter might prefer a store bought whatever, if it means calmness and joy in the party planning stages of an event. Additionally, be mindful about how we are supporting our friends who might be drowning in a sea of expectations and think about how to encourage them to care less about what others think and enjoy the moment.

Is there shock value in using the word vagina? Why? 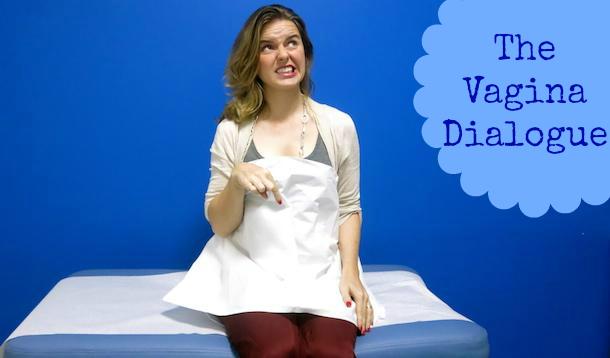 Four girls walk into a bar: two Brits, an American and a Canadian.

Okay, it was a living room, but I thought the bar had a nice lead in. Some glasses of wine were had, chit chat, and inevitably many a discussion about our children. As the night grew eventually a new topic—the Vagina—raised by the Canadian, moi. My question was this, What are people calling “it” these days with their daughter? The reason I was asking was because a friend of mine mentioned that her daycare didn't love the use of the “V” word by the children. It lead to an interesting discussion and a sort of international query.

The American and I were staunchly in favour of anatomically correct terminology. I didn't do a lot of soul searching on this, I just decided that vagina was its proper name, so why call it something else. The UK ladies said they were less likely to use this but would say “privates” with their child. Others names popular with UK girlfriends: bots, fanny, and bottom/front bottom. The American/Canadian variety seems to meld into private parts and v-jay-jay, thanks to Oprah.

Okay so little girls are one thing but what about the moms? What do we say if discussing our own bodies? My one friend, again from the UK, finally admitted that if having issues she wanted to share she would most likely just point to the area with a grimace. I asked her if she pointed like “this is my embarrassing, bad dirty place?” and yeah, pretty much she agreed. We laughed at the preposterous notion of this.

So I took it to the men and it was poignant. My husband simply read the title and said, “You have to change this.” I was aghast. I told him he might want to read the article first. His tone changed, but his first reaction? "This is a shock value word."

I wanted to know why. Why is it a shock value word? Since writing this piece I have read Joe Boughner's YMC article entitled “Penis, He Said Somewhat Awkwardly," and yes, memorable impression as genitalia is generally a bit of a shocking title. But is it more than this? I then discussed it with my friends' husbands, and yes they wanted to escape the room. Mind you they could all talk about the male anatomy and the various nicknames with abandon. These men were again of international variety, this time we had representation from France, he uses “vagin” eloquently and without apology. All the remaining men could come up with for women was “downstairs” teamed with—you guessed it—the grimace and point.

Now, I know not all moms use "penis" and there are loads childish euphemisms for boy's anatomy. But would a daycare or another mom take issue with penis as a word? Maybe, but less so than "vagina" I think. I also kind of doubt that a man will grimace with a look of fear or shame when referring to this appendage.

Although fascinating, I was a bit perplexed and a bit sad as a woman and as a mother to a daughter. And if we mums are pointing to our parts with disdain or shame, what kind of message are we sending to our girls about their bodies? I think a possible solution is this: if vagina is too clinical or makes you uncomfortable that is okay, find a word that works for your family. I think it is important to pick your word use it proudly and don't let shame or embarrassment be attached to the discussion with your children about their bodies.

Close Encounters of the Couple Kind 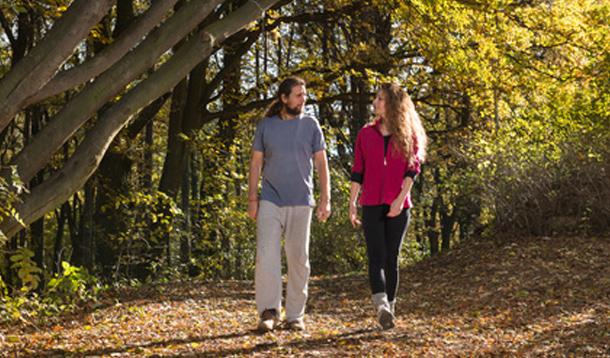 Relationships take work and they need to be invested in. We often fail to make our relationship a priority when faced with the many aspects of parenting along with limited energy and resources. It occurs to me that although my husband and I have tons of fun in the passing moments, great snippets of conversation while multi tasking, and brief gestures of romance—like an extended hug with a little one pushing in between us—we find it hard to set aside time to properly touch base and share with one another.

When I work with clients who have difficulty making time for themselves I have them to make a self care list so that when they are needing a bit of me time, they have easy and accessible ideas at the ready. A list for couple time can work too. Especially when needing some fresh ideas as it is often easier to pull out the fail safe dinner and a movie. Although this can be nice in a pinch; it is important to find dates that inspire connection.

To get you started here are five movie-inspired movie-less dates to put on your list to help you and your partner:

Finding the time and energy to date is hard so it is even more important that when you do make a date night happen you aren't wasting an opportunity but rather thinking strategically about how to best maximize your limited time together. Plan opportunities that will enable connection and contribute to your relationship.

What date nights events have you had that have provided you and your partner the most connection?

Kelly Flannigan Bos: The Relationship Rescuer We Need to Stop the Insanity of Competitive Parents

Kelly Flannigan Bos: The Relationship Rescuer Fight Stress (Not Each Other)

Kelly Flannigan Bos: The Relationship Rescuer Successfully Parenting While Your Partner Is Away