Surviving The First Day Of Preschool

When The Kids Do Better Than The Moms

Surviving The First Day Of Preschool 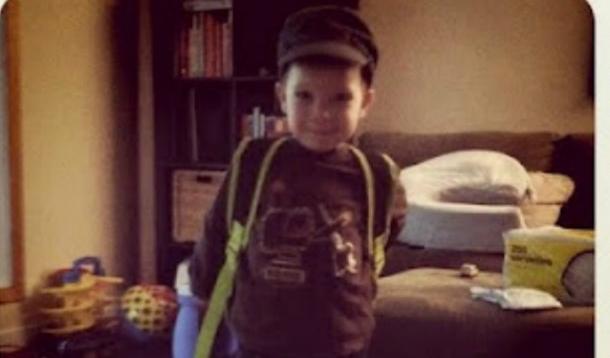 Do you have a little one starting preschool this fall? Nervous about the transition (for both of you)? It might help to hear the story of momstown Burlington owner, Lisa, and her experience with the big first-day-of-preschool, last year!

Well, the big day has come and gone, and we're all still in one piece. My big guy, Oliver, has officially started preschool.

I was pretty nervous for the little guy, as he's been home with me from the day he was born. The only other people he's been left with are his dad, his grandparents, and his auntie. Looks like it's time to step out of the circle and into the big world!

When looking at schools, I wanted Oliver to be there as little as possible and I wanted to be as involved as possible. Fast forward a couple of months, and I quickly realized that preschool is going to be for Oliver—not me. I already graduated from preschool many moons ago, and they don't need me back. I also realized that with all the groups and programs I run through momstown, Oliver already sees me in a helping/teaching role, so it's time for me to pass that torch (two days a week, for two and a half hours) to someone else. He needs to hear rules from someone other than me and his dad, and he needs to have interactions with other kids, without me always shouting, "Are you being nice? Are you sharing?" He knows how to do these things, and being away from me, he gets to practice it independently.

So, being this nervous mom sending her child away to have someone else take care of him, I was sure he would be traumatized by the whole situation—he'd take weeks to adjust in his new surroundings and we were really going to have to prepare him for the big day. I was also very aware that I didn't want him to know how nervous I was about the whole thing.

Oliver's school had an open house two days before he officially started, so we were really geared up to go and check out his new school, see his teachers, and play with his friends. The whole two minute drive that it took to get there (maybe we should have walked!), he kept telling me that it was okay if I left. Um, no, you need me there, trust me, you have no idea what we're getting into, little man!

We get there and sure enough, he runs over to the train/truck station and he wanted nothing to do with me. We later toured the school, found out where all the toilets were, had a great chat with his teachers, and he played with his friends.

Okay, this was too easy. I'm sure Thursday is going to be brutal for him, when I really leave. It'll be okay, though, I'll stick around as long as he needs me there.

So, on Thursday—his official first day—we go to the school. In the car, Oliver practiced what we were going to do—first we go downstairs and take off my backpack, then go upstairs, and mommy leaves.

This is what we did, and there was nothing else to it. I gave him a hug, he hugged baby brother Harrison, and he was happy to play and watch mommy walk out the door. When I picked him up, he came running out of the classroom and told me about what a great time he had.

I'm so proud of my little guy and the big new world he's stepping out into. He said he can't wait to go again next week. I'm excited for him, too. I'm also excited that I get to spend some one-on-one time with Harrison—just him and mommy. We've officially entered the big new world of school, and we're all better for it!

5 Reasons You Should Paint With Your Kids

5 Reasons You Should Paint With Your Kids 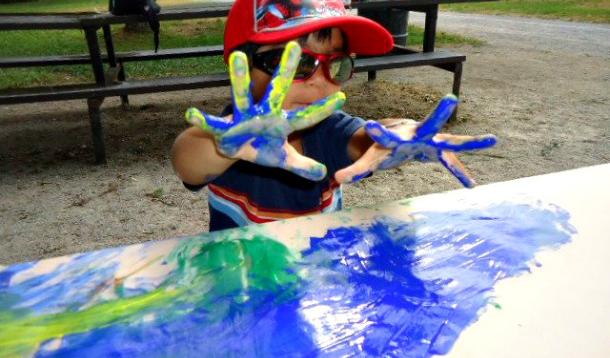 We're inspired by momstown communities across Canada who paint every week with kids—at Picassos in the Park, at an Art & Play program, at Baby Picassos. Painting is a great learning experience for kids. Painting lets kids explore their creativity and express themselves. Painting with kids gets moms involved too. Here's why momstown loves to paint with kids, and why you should too! 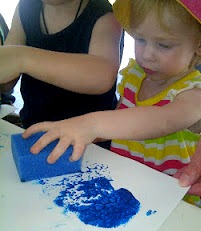 When kids have fun they learn. Learn their colours, how to mix colours, create shades, how make a mess. They are learning and it's fun. If you read no further, that's the main goal!

It encourages an independent mind

He can decide precisely where the paint brush goes himself. Self expression is included, verbal or not, it's an even playing field.

So many mediums to discover!

Brushes. Sponges. Fingers. All acceptable! Exploring mediums is the choice of the artist. Allow your child to make more decisions for themselves, give them many medium choices and sit back to watch.

It's not that messy.

It is, but it's not. Plan for the mess and then the mess will be small. Don't be prepared and your child will body paint themselves in their fanciest clothes. If you're relaxed and let them just paint, you'll see it's not an intentional splatter party (usually)!

Picassos in the making.

Encourage the arts, you'll never regret it. Lucky for us, it doesn't have to be fancy lesson, just fun practice. Experience breeds confidence and the more your little painter has a chance to explore and gain time with the medium, the further the expertise will grow.