The Boy Who Played With Dolls

And nobody teases him about it

The Boy Who Played With Dolls 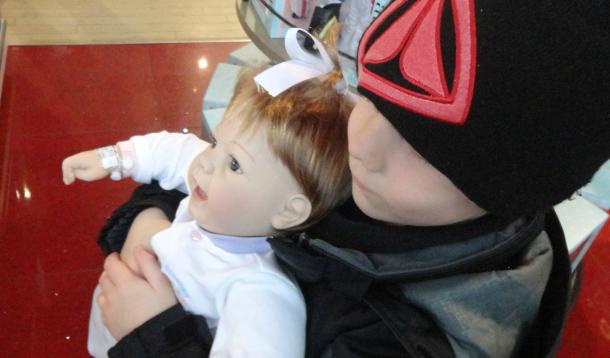 I have a boy who plays with dolls. Not just sometimes when he visits a girl friend's house, or at school in the drama centre. I have a five year-old boy with a full nursery in his room, complete with a highchair, crib, stroller, and all the accessories. I've lost count of the number of 'babies' that he has, all tucked in with him in his bed at night.

This boy also plays Star Wars and hockey and likes to wrestle with Dad. But he's got a nurturing, maternal side to him which extends to the babies and stuffies and any kind of small object or pet (including our guinea pigs).

I think it's cute and I'm nonplussed about the whole thing, for the most part. I do try to find the odd blue stroller or doll item that isn't covered in pink, but when he is given the choice to choose a boy or girl doll, he chooses the girl every time. Maybe he's trying to balance out our family!

I'm not necessarily amazed by his nurturing spirit. I'm not worried he won't be seen as masculine. What I am incredibly impressed by is how accepting other children are.

I know I'm not alone with doll-loving boy, but most five year-old boys don't push a doll to school pick up on the off-Kindie days. Mine does. He gets a few looks, but I've never heard a word of criticism, teasing, or negative comment about it.

Most of his little boy friends want to play with the doll too. So it goes down the slide and on the swing, and they take turns racing the stroller around.

Even his brother, who is after all, a brother—and the most boy's boy you can imagine—hasn't batted an eye. It's just what his little brother plays with, and everyone seems cool with that.

I think that's pretty neat. I expected by now, two years in to the doll craze, I'd have to start explain why kids are cruel or why someone might tease him. I haven't had to. When he has playdates he and his friends they sometimes play dolls, or they sometimes play Lego. They are just universally accepting of whatever their friends are 'into' and leave it at that.

Funny how it's not the case with adults.

I've been in a number of toy store lines, getting the stinkeye from moms or dads, when my progeny is purchasing yet another item for his nursery. I even had a lady once tell me that her husband 'would never allow that', as I was purchasing my son's Christmas present (yes, another doll).

Young kids are pretty simple little creatures. They like what they like, and they pretty much take their friends at face value. I know things will change, and there will be difficult conversations, and not everyone will always be nice to my little boy who loves dolls.

But for now, I'll watch him push his baby on the swing, tear around with a stroller, and give his boy friends a 'turn' with the baby. And get a tiny glimpse of what that little boy may be one day, when he becomes a daddy himself.

How To Host Your Own Baby Food Making Party

How To Host Your Own Baby Food Making Party 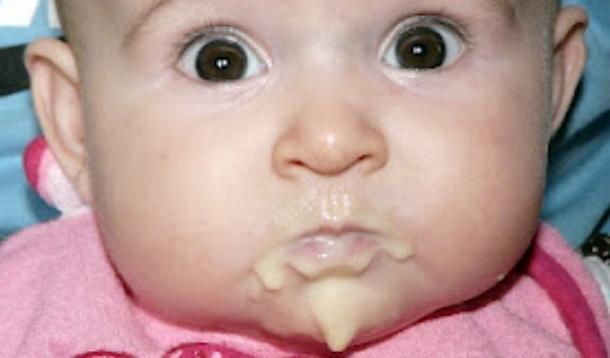 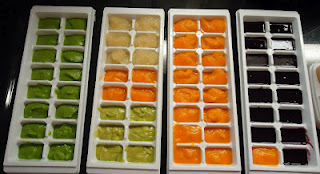 Momstown Milton solved that problem by hosting a Baby Food Puree Party, where all the work, time, and lessons were divided. And we combined it with an infant playgroup! Brilliant concept!

Some of our babies had yet to try food, so we first held a play date to discuss how to introduce foods and what to start with, while our babies babbled happily to one another.

The cooking exchange made the task of making our own baby food seem easier and less overwhelming. Each mom was responsible for the ingredients to make ten cups of one type of puree—enough for each mom to go home with two cups of each blend. No sugar or salt was added to the purees, they were made purely from the fruit or vegetable of our choice. As this was our first exchange, and for most babies it will be their first taste of food, we mainly made single purees.

We ended our event already planning what purees we’d like to create for our exchange next month—blends of meat, rice, fish, vegetables, fruits . . . the possibilities are endless! And actually, dare I say it, easy!

How to host your own Baby Food Puree Party:

Inspired to get cooking? Call your mama friends and get pureeing!

What Will the Neighbours Think?

What Will the Neighbours Think? What will they think? That’s a question I ask myself way too often. I’m confident in who I am and the decisions I make, but I STILL feel like I’m constantly asking myself what others will think??

The recent concept of the documentary The Bully, has really made me think about the values we place on other’s opinions and how even as mothers, we often rank what we think others think of us ahead of what we think is right. I was reminded of this recently.

With all the nice weather we’ve been having lately, I set up our toddler basketball net on the driveway and headed out to play with the boys. Oliver (my two-year-old older son) was beside himself with excitement when I mentioned we would be ‘shooting hoops’ after afternoon snack. Harrison (only four months) couldn't care less—it was almost naptime and his belly was full.

So outside we went. I put Harrison in his stroller, where he promptly fell asleep. Oliver and I began playing basketball.

In my head I was thinking, I wonder what people think of me just leaving Harrison in his stroller to sleep? Should I have put him in his crib for his nap and brought out the monitor?

What would the neighbours think then? I’m wearing my “indoor only” cozy clothes—I hope people don’t think I’m lazy because I’m dressed like a slob. I hope Oliver doesn’t run on the neighbours’ lawn again, what will they think if I can’t even get him to listen to me about staying off their lawn?

Then I looked at Oliver. Not a care in the world. A car drove by with the music blasting, Oliver stopped playing and started busting a move. Some kids rode by on their bikes, Oliver started shouting at the top of his lungs “Hi kids! Nice bikes!”

He made me stop and realize—it doesn’t matter what others think. The baby is outside getting fresh air, I’m outside spending quality time with my son enjoying the beautiful weather.

It was in that moment I decided that I need to be more conscious and confident in my decisions and worry less about what others will think. If they judge, that’s their burden, not mine.

The only thoughts I care about are Oliver and Harrison’s!

I’ve set myself a goal: I’m going to worry less about what others think and think more about the big picture and set an example that it’s 100% okay to beat to your own drum.

Five fun things to do now that I’ve stopped ‘caring’ (you should too!)

Run through the sprinkler with my child. On the front lawn. Maybe even in my bathing suit!

Wear clothes that make this parenting job easier, not fancier.

Follow my gut. All the time. Mama instincts are the right thing for your child 100% of the time.

BLOG more!! Lay it on the line and take it as it comes. There’s nothing like public scrutiny to toughen up sensitive skin!

Thanks to Lisa from momstown Burlington for this honest, funny, and insightful post.