Five Suggestions to Helping Your Child Open Up

Turn toward your child when he or she experiences something rough. 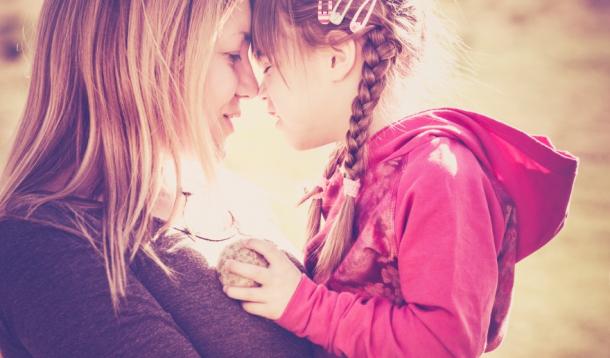 This past week, a young person I know had an absolute meltdown in front of me. It wasn’t the enraged, flipping out kind but rather the feeling defeated, second best, and unimportant kind. His younger brother was in the same athletic program as him, and for three of the five days they were there, the younger one won a “camper of the day” award.

The older sibling is thoughtful, courteous, and a bit quiet; the younger one is gregarious, engaging, and outgoing. The boy looked at me and said, “But I tried so hard to get ‘camper of the day’ and he keeps getting it even though I won the game and was helpful all day. Why is he getting it and not me?”

While this young guy was talking to me, I couldn’t help but flash back to when I was a child. Parenting was much different in those days – the “be seen and not heard” mantra was common – and I thought about what I would have done at his age when I was a child: I would have shut down and kept it in. I would have carried that sad, defeated feeling with me for a long time, likely developing resentment toward my sibling or friend.

In that moment I became aware of doing what I could to keep the gates open for him to get it all out. I kept nodding, smiling, and staying with him while he told me all about what he felt was unfair.

When he stopped talking, I told him about another client I had who shared a similar experience where she felt everyone liked her brother much more than her. The woman later realized that it was really about how their two personalities were very different and how other people responded to those personalities. I asked this boy about who he is and who is brother is and as he explained this to me, he started to see how people might respond to each of them in a different way even though they were both friendly and caring people.

As we continued to talk the tears stopped and his shoulders relaxed. He switched to telling me about a LEGO set he was working on at home. After that happened, I knew he was processing the emotions. The next time I saw him, I mentioned how even if we have very big, intense feelings, they will move on – that feelings are like a waves which rush in and out and we need to hang on and ride them.

I’ve been thinking a lot about this exchange and how a few of his negative core beliefs must have been triggered in that experience, causing such a huge reaction from his brother getting “camper of the day.” I’m guessing those beliefs might have been: I’m not as likeable as my brother, I’m not capable, and maybe, I’m not good enough.

Negative core beliefs are those inner messages we tell ourselves based on how we interpret events and interactions with others. For example, if the younger brother is continually being congratulated and celebrated for his outgoing nature, but the older one is not, that older boy might start to believe there is something wrong with him. (The first section of my eBook is written about core beliefs if you would like more information.)

I’d say the most common thing I hear from the young people and teenagers I work with is that they wished their parents listened and understood them more. When they say that, I know they mean that they wish they could talk about their challenging experiences without being dismissed, discouraged, or invalidated.

As I listened to this boy, I was grateful that he was able to keep talking about everything that was upsetting him. It was lovely to watch him struggle through that then naturally move on.

When our child (or partner/ friend/ sibling) has something to share, it can be very tempting to think about our own similar experiences and want to hijack the conversation or feel annoyed by the interruption. I encourage parents to take the time to really hear their children when they go through a rough patch. I know we often have lots on our plates, but that time we invest to hear will have a big difference on how that child processes what happened.

Use nonverbal communication while listening to your child.

Use nods, smiles, and touches on the shoulders to encourage your child to keep explaining what (s)he feels or has happened. If (s)he wants to stop talking a bit early about things that stir big emotions, you can try saying: “Just keep talking – it’s okay.”

Try sitting beside your child rather than across from him/ her.

Sometimes direct eye contact can feel too intimidating when people have something big to talk about. If you think that might be the case, try standing or sitting beside the person.

If the child stops and you believe there is more to say, try asking an open-ended question to gently nudge him/ her along. Perhaps something like this: “It sounds like you were upset when your brother got that award again. What happened when he came back to sit beside you?”

As Dr Dan Siegel says, “name it to tame it.” Draw the child’s attention to the feelings (s)he is experiencing: “When your brother’s name was called again, did you feel more angry or more sad?” I also use shared experiences kind to help children connect with their feelings like this: “Hmmm… if I was in the same situation, I might feel sad thinking that people liked my brother more than me. Is that how you were feeling?”

Steer away from judgment or invalidation.

We can inadvertently give children the feeling of not being important when we say things like, “Oh, I’m sure they didn’t mean it,” or “I bet it wasn’t that bad,” and “Well, life is just unfair sometimes.” Those kinds of statements aren’t really an opening for the child to talk it through.

RELATED: Getting Past a Parenting Bad Day

If you have any comments or questions, I invite you to comment here or over on my Facebook page.