Santa Trauma is a Real Phenomenon 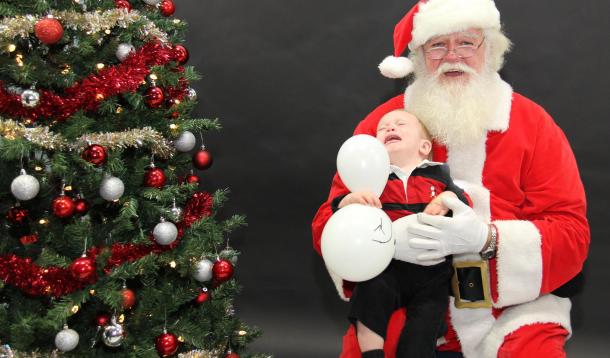 Pictures with Santa have started popping up on social media, including some showing children in obvious distress. I admit it—I laugh at those—but I feel badly because I know I shouldn’t be laughing.

The thing is that Santa Trauma is a real phenomenon. There are three scenarios that cause the greatest distress where Santa is concerned. The first is that some children get so affected by their visit to Santa that they get nightmares or develop aversions like men with beards or glasses. Some don’t want to read books about Santa or even go in a mall. Although we may giggle at their cute little upset faces, we really should respect the big feelings that are terrifying them.

The second aspect to Santa Trauma is that some parents scare their kids by using Santa to seriously threaten their children into being good. I also see this happening with the “Elf on the Shelf.” Although these tactics might “work;” scaring children into obeying might have a temporary effect, but it doesn’t grow a child’s willingness to co-operate. When parents scare their children to behave well, they grow their defenses; when they guide them to make good decisions, they grow their rational mind.

And the third scenario, which often has the deepest and long-lasting effect, is where parents do such a good job of convincing their children that Santa is real, their trust can really be shattered when they find out otherwise.

Here are my recommendations for not making Santa a source of fear:

Give your child permission to skip the Santa photo if he or she is feeling scared. Please do not make your child sit on Santa’s lap if there is any distress. This isn’t fun for you, Santa, your child, or all the parents and children watching you.

Make the bedroom a "No Spy" zone. Some children have nightmares and sleeplessness when they think Santa or his elves are spying on them while they sleep. Children who have talked with me about this felt that eyes were staring them while they were sleeping, which felt very spooky to them.

Watch how you answer specific questions about Santa. Some teens and adults tell me that their parents so eloquently deceived them about Santa, they were truly devastated when they found out Santa was a story character. This devastation is less about the Santa fable and more about feeling so completely tricked by their parents.

When a child asks, “Mom, no joking around… Is Santa real?” do not look her in the eyes and say, “Yes.” I remember one adult who said, “My mom was straight faced—I really, really believed her. After I found out she was lying, I couldn’t feel confident anything she said was true. She really had me—this put a huge strain on our relationship.” This adult said this with tears gently streaming down her face.

Do not use Santa or “Elf on the Shelf” to threaten your child. Threats do not help the parent-child relationship; they hurt it. If you want some suggestions for positive discipline, I invite you over to my Facebook page where I continually post free parenting help.

Keep Santa fun by introducing him into your child’s life in a light-hearted way. As a result of the personal stories I heard in my psychotherapy office, I decided to call Santa a “story character” with my kids. However you decide to have Santa in your family’s life, just make sure there are no serious deception or threats associated with this jolly guy.

-Thank you to Karen K.B., Jodi M., Jennifer S, and Tammy B. for sharing their Santa photos with us. They all reported that although their children had a rough time in the picture, and some slight negative effects, everyone is doing fine now. 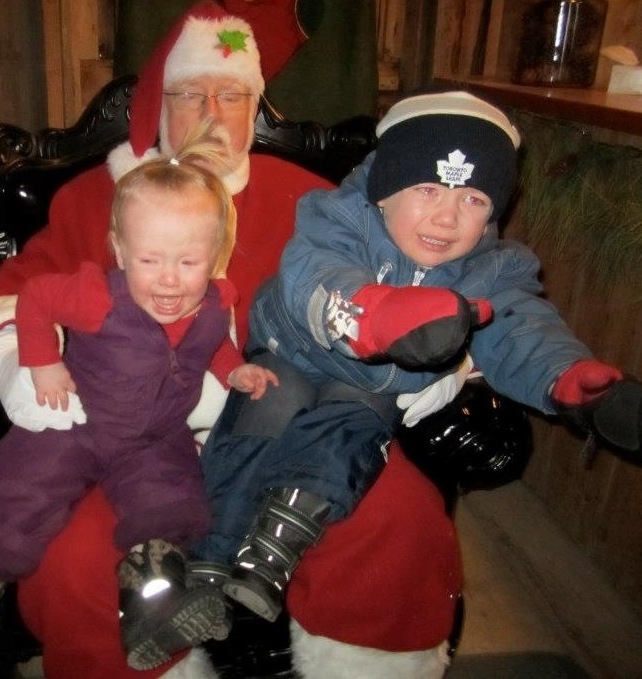 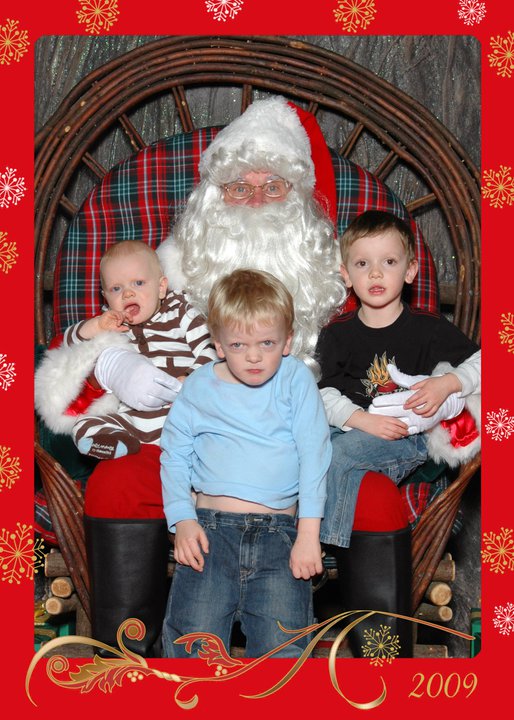 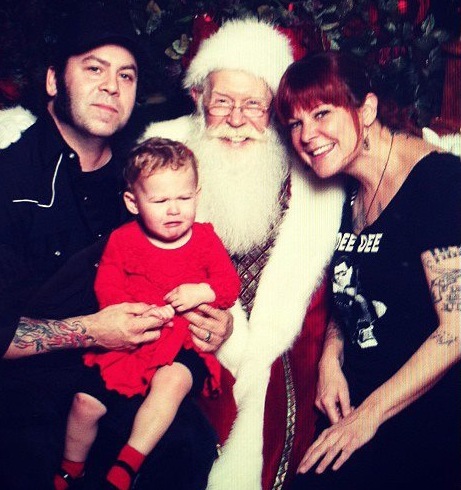 Andrea Loewen Nair: Connect-Four Parenting Nightmares and Fights: The Dark Side to Elf on the Shelf