Learning to Care About the Things That Really Matter 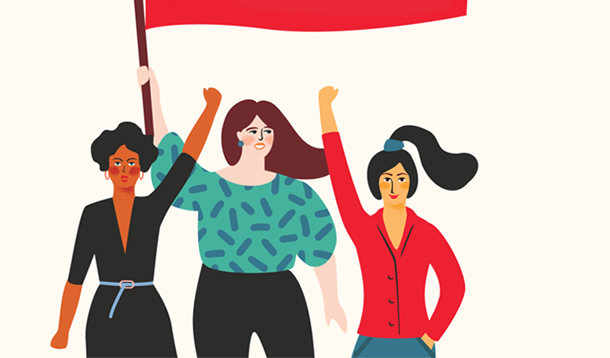 I used to sit silently in the public bathroom, waiting for everyone to leave so I could pee without anyone hearing me. This was not some weird childhood quirk, I did this into my twenties. Reminiscing on the image of me sitting there, taking up a stall, taking up my time, raising my anxiety and bursting my bladder, simply so other people who were also there to pee didn’t know that I, a fellow human, also pees – well, it seems ridiculous now. But at the time, I cared very deeply about protecting my image as a urine-free individual.

People say you start to care less as you get older. This is definitely true for me in some respects. I recall a time when I used to spend five hours straightening my hair every Sunday. I would protect my hair from rain at all costs, to the point of wearing a toque in the summer. In grade nine gym, we did a swimming unit, and I legitimately met with a friend between classes to French braid my hair so it wouldn’t dry naturally and show the world my frizzy shame.

Now, I call it a win if I remember to brush my hair. Hell, I shaved my head bald on a whim last year. Was it a good idea? No, it was not. Some people can pull that off and look fierce. I looked like Humpty Dumpty. But the point is, I did it, so clearly my invested interest in my hair has greatly decreased over time.

I used to bleach my arm hair. Now, I don’t even bother yanking PCOS-caused chin hairs most of the time. I used to desperately need people to like me – be they classmates, colleagues, or the person sitting two tables over at Starbucks. An unkind word would devastate me for weeks, no matter who it came from. Now people can outright tell me they think I suck, and unless we have a close relationship, I genuinely don’t give a shit.

I could fill a book with examples of things I used to care deeply about that seem so insignificant now. It’s freeing, in a way, not giving a fuck about these things. But can I say I care less as I get older? I don’t think I can.

In many ways, I care a lot more. I’ve gone from being an advocate to being an activist. From being principled to being loud. From being a quiet ally to being willing to put myself out there. I care a lot. I care deeply, and passionately, and with my entire soul. I care so much that sometimes it feels like my heart is going to burst within my chest, and all I can do it curl into a ball and try to breathe. No, I do not care less than I did in my youth.

What has changed is not my amount of fucks to give, but who and what I give them to. Time and life experience has a way of showing us what is really important. No, I don’t care about my hair – but I will scream until I am blue in the face about the importance and safety of vaccines.

I don’t care who hears me pee, I’ll share a stall wall with the Queen if she has too many Royal Colas – but I can’t hear something that is bigoted in any way and not speak out about it.

I had to stop caring if people liked me or not because it was counter-intuitive to the amount of times in a day I will stand up to people who are being unkind, unjust, or ignorant. I couldn’t do the work and fight for what is right if I was unwilling or unable to handle people saying mean things to me. My fear of criticism has instead turned into a desire to be called on my privileges so that I can work on righting them. Meaningless nasty comments mean nothing to me at all.

My fear of being called fat has morphed into a deep and powerful campaign for body positivity. I still care that I am fat – but instead of feeling shame and trying to hide, I am yelling it from the rooftops that I am fat and that being fat affects my right to personhood in no way whatsoever.

Category:
Outside Your Home