Judge Sides With Her Claims Of Misleading Marketing 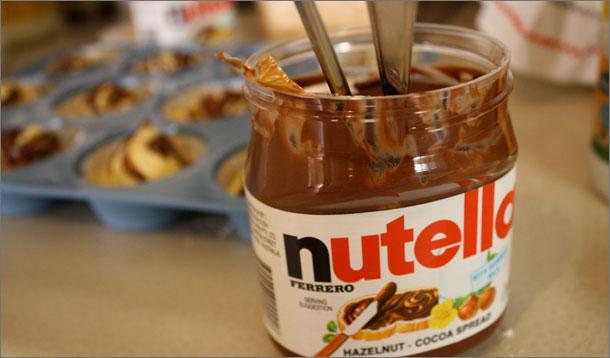 Four years ago, Athena Hohenberg filed a class action suit against Ferrero, the makers of Nutella, because she felt misled by their marketing. Once she realized the amount of fat, sugar, and otherwise not-so healthy ingredients in the product, she was shocked and stated that Nutella was actually “the next best thing to a candy bar” (source: CBC news)  Just this week a judge sided with her claims that Nutella had, in fact, engaged in misleading marketing and awarded up to a $3 million dollar settlement. People who qualify can now claim $4 per jar bought over the past 4 years, up to a maximum of $20.

Nutella, if you aren’t familiar with the product, is a chocolate hazelnut spread that Nutella previously claimed was part of a “nutritious breakfast” and encouraged consumers to serve on whole grain toast to children for breakfast.  The ads highlight hazelnuts, skim milk and a “hint of cocoa” and conveniently neglects to mention sugar and palm oil, which are the first two ingredients.  (Watch a Nutella ad here)

Using a registered dietician in the commercials to make the claims may have seemed like a smart move to Nutella, but it was also alleged in court documents that “two months after the lawsuits were first filed, Ms. Evers was giving a presentation in Orange County, “telling California mothers to feed Nutella to their children for breakfast.” (source: Globe and Mail) Not such a smart move, especially now that consumers are becoming more and more aware of what they are eating.

When I tweeted the news of the suit last night, many people had a lot to say. Some felt that parents should bear the responsibility of what we allow our children (and ourselves) to eat, others felt it was a frivoulous lawsuit no different from the one where girls sued McDonalds for making them fat.  Many thought it was silly and that people should obviously read the labels and know what they are eating. Some brought up breakfast cereals, and other snack foods such as granola bars that have been marketed as fairly healthy and yet contain less than healthy amounts of sugar, preservatives, and food coloring.

Before everyone points fingers and claims that this woman is crazy or obviously stupid for feeding her kid Nutella and thinking it could possibly be nutritious, I’m going to make an admission that will leave you all thinking I don’t deserve to be remotely associated with Food Revolution.

I used to give my kid Nutella.

Before the age of the Internet and Twitter, when it was much harder to gain the kind of information we have at our finger tips and all we had was the library, television or word of mouth, I thought that Nutella was likely no different than putting jam on my kid’s toast.  Jam is full of sugar anyway and isn’t that great for you, right? What’s the difference?   In my late twenties and without many mom friends to confer with, I occasionally would allow Kevin to eat it if his grandparents brought him a jar when they visited—which they often did.  I rationalized it because of the commercials as well, and decided that it couldn’t be so bad if it were paired with peanut butter on whole wheat bread. You see, it’s not much different from some of the things I ate when I was a child. A favorite bedtime snack was toast with butter, sprinkled with Nesquick powder, brown sugar, and cinnamon.To this day I cringe when I think of it, but at the time, I thought it was delicious. Back in the seventies my family ate generally very healthy things, along with the occasional very odd (and very unhealthy) processed item.  I’m sure if everyone really thought about it, we all likely have a food skeleton in our closet that we now would be appalled to admit we ate (and enjoyed!)

When I was finally a mom it took some time but eventually, I began watching the Food Network, learned more about cooking and nutrition from Nigella Lawson and Jamie Oliver, and bit-by-bit the processed foods began disappearing from our home as I became more educated in what were better choices for my family.  Nutella eventually disappeared from our cupboard not because I stopped buying it, but because Kevin simply stopped eating it.

My point is, there are people out there who, because of generations of lack of food knowledge, may be vulnerable to this type of advertising, especially young people.  I’ve often had conversations with teenagers about how unhealthy Nutella is, and they spout all the lines from the commercials like it’s gospel—because they don’t really have anything to compare it to, or know what palm oil actually is.  We all would love to fantasize that chocolate is actually healthy.  For many years, people have just trusted food companies that their products are healthy and didn’t pay attention to what was in it.  There are also consumers who can’t read a food label and if they can, don’t understand it. Don’t they deserve to be protected?

I think it’s very hopeful that our food systems can be changed when consumers stand up to companies and demand better products, or more transparancy.  Perhaps companies will be more careful making health claims or marketing to children, which can only be good for everyone. Consumers are becoming more vocal, and educated, about what they won’t tolerate in their food and using social media to have their voices heard.

In the end, it can’t be overlooked that we alone are responsible for what we eat. Read the labels, do your homework, and most of all, pass it on.