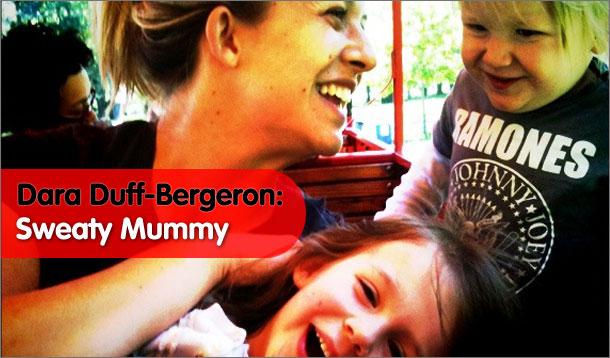 Can I just interject with a completely unnecessary and maybe slightly inappropriate "YUM!"

God bless our friends to the south, but they will sue over just. about. anything.

San Diego mother of four Athena Hohenberg is suing Ferrero, the makers of Nutella, a hazelnut-chocolate spread, for its "dangerous levels of saturated fat and processed sugars".  Hohenberg claims she was tipped off by friends that Nutella is basically "the next best thing to a candy bar."

Hohenberg argues that Nutella's advertising is misleading since it portrays Nutella as part of a balanced breakfast, implying it is "healthy" and "nutritious".  She claims as an average consumer she is not privy to the research findings that prove foods like Nutella can have negative health consequences.

Are you #[email protected]*! kidding me?

Okay, so big surprise - Ferrero has targeted us mummies in their advertising.  They know we're the ones who do the shopping and they know that kids are probably the biggest consumer of something as sweet and sugary as Nutella.  Do they claim Nutella is healthy?  Actually, no.  They employ an interesting strategy - they juxtapose Nutella with healthy foods so that healthy glow seems to rub off on Nutella.

They could show a bedraggled 40-something mother of 3 dipping a chocolate-chip cookie into a tub of Nutella while sprawled on the couch at 10 p.m.  This is the other way Nutella gets consumed, by the way.

But it's COOL to be healthy in 2011.  So why not market Nutella to mothers as a "treat" to encourage kids to eat breakfast?  We'll figure out our own nasty ways to enjoy "private time" with the Nutella jar.  We don't need Ferrero to help us with that.

Here's what Ferrero has to say about Nutella and nutrition:

Create a meal of whole wheat toast or a whole-grain toaster waffle with Nutella® hazelnut spread, a small bowl of sliced strawberries and a glass of 1% milk for a good mix of morning nutrients.

When used in moderation with complementary foods, Nutella® can form a part of a balanced meal. It is a quick and easy way to encourage kids to eat whole grains, such as whole wheat toast, English muffins, toaster waffles and bagels.

And the ingredients, which are clearly labeled (by law) on every jar you, I or Ms. Athena Hohenberg purchase:

Hmm.  Out of curiosity, what are the ingredients in a jar of Kraft Peanut Butter?

OK, OK, how about butter on that whole-grain toaster waffle instead?

This blog is making me hungry.

Nutella is not the first less-than-stellar breakfast food to be marketed to mothers and children.  The point is, read the label.  Make your bed and then lie in it.  If you're going to spread sugar on your child's waffle in the morning, accept responsibility.  If you raise a child who wakes every morning to a chocolate breakfast, chances are she'll grow up to be a an adult with a taste for things chocolatey.  If you raise a child who wakes up every morning to bacon and eggs, chances are he'll grow up with a penchant for the silky taste of saturated fat.

Does this mean no Nutella?  No bacon?  I don't think so.  There is a time and a place for everything.  Perhaps Nutella falls more in the "dessert" category, but I believe if you raise a child who gets 90% of what they need and 10% of what they want, and lives a lifestyle of moderation, chances are he will grow up to understand that treats can be enjoyed but food is fuel.

In this day and age, there is no excuse for being unaware of a food's nutritional profile.  Advertisers are sneaky... but they are not responsible for your nutrition or your child's nutrition.  You are.

What do you think?  Is Ferrero liable?  How do you draw the line between healthy foods and treats in your house?