Tips on Surviving the Terrible Twos 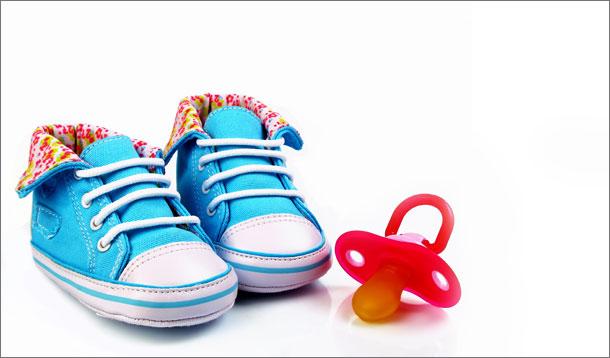 When I woke up this morning all I could think of was the fun my son Noah and I would have today. Where could we go? Feed the ducks, go to a playground, have a picnic?

While I was taking my morning shower, I could hear Noah running around, playing. Since he was happy and entertaining himself, I decided to do something I should have done weeks ago - shave my legs.

I could hear Noah giggling as the family dog Molly did her happy dance. The morning was running smoothly. 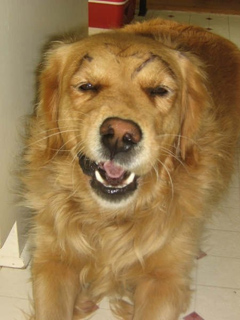 Then I got out of the shower and smelled something vaguely familiar.  As I tried to figure out what it was, my gentle dog happy danced her way into the bathroom which was when I saw the midnight black eyebrows now drawn on her face.  It turns out the smell was permanent marker. The marker that went through the wash yesterday was missing off the dryer.

The reality started to set in and I ran to the kitchen to get the magic eraser assessing the damage on the way. I let out a scream so blood curdling, I thought my neighbors might call 9-1-1 thinking someone was being killed. But no one was dead.....yet!

I grabbed Noah on my way to the kitchen, spanked him (yes I spanked my child) and placed him in his crib. At some point I lost the towel I had wrapped around myself.  I didn't care.

I started to clean, scrubbing on my hands and knees, buck naked, tears streaming down my face with only a towel atop my head. The UPS man would be in for quite the suprise if he showed up right now.

How do you deal with this? Is this what they call terrible twos? I wanted to put my head through the wall.

Magic eraser can only do so much. Tooth paste got it out of my glider, hairspray got it off the TV and mostly off the hardwood, oven cleaner did nothing, nail polish remover took some of it off the walls, along with all the paint. At this point I can somewhat understand why mothers snap and drive their cars off of bridges.

So what exactly do you do in this situation? I could take him to playschool so I didn't have to see him and want to strangle his little neck like Homer and Bart.  But no, playschool is fun. I could take him to his nanny's, but that is fun too. I never want him to experience fun ever ever again. He can sit in his crib with the evidence all over him and think about what he did.

But, that doesn't work for a two year old. They forget why they are in there. So I brought him out. He looked at all of his toys all colored with black writing and he said....oh mommy, pretty! He thought it was art.  That only pissed me off more. The helpful advice from my nanny that I need to take some of the blame doesn't help at all.  She's wrong. I take none of the blame. The marker was in my husband's pocket when it went through the wash, not mine. He brought it in the house, he can take some of the blame. And so I shipped him to his nanny's house.

I should have sent the marker with him.

I needed a break and went to the local liquor store and then got a stain remover.

That afternoon, after I calmed my nerves with a couple glasses of wine, I began to feel better about Molly's new eyebrows. I had the door opened so Noah could go outside and play on our new deck with his new picnic table and monster trucks. I could hear him making truck noises and giggling, he was having fun. Then he ran in the house and pointed at his boots with the biggest grin. I looked down and there it was. More black marker.  At some point he had taken the marker out of the garbage.

I went outside to once again assess the damage and there it was. Marker all over the picnic table, our deck and the siding of our house. I went to get the magic eraser, then I stopped. I just couldn't be bothered. It would wear off eventually.

No markers allowed in my house - ever.
When things seem bad, look at the big picture and try to find the humor in it.
You will always get through it.

Jillian Bond is 28 years old, a self-employed Massage Therapist, mother of 2 boys (Noah 4 & Cohen 1.) a wife, a maid, a nurse, a chef and a taxi driver. She loves to be outside where she can see the energy burning off her children. Jillian is 100% a Country girl!