A Simple Teddy Bear Made the Difference

Do your local policemen have a program like this one? 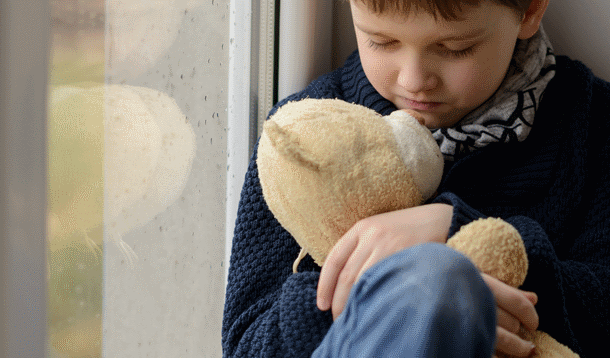 It was a simple teddy bear that made the difference.

In May, 2008, we were in a head-on collision with a drunk driver. Moments after the collision, help arrived in the form of two firetrucks, two ambulances, and three police cars.

I wasn’t expecting to get in a car accident in the middle of a Sunday afternoon. Nor was I expecting to spend the rest of my day and evening in the emergency room with my husband and two children. And I certainly wasn’t expecting the kind police officers who came to investigate the accident to reach into the trunk of the police cruiser and bring over two teddy bears for my sons.

My husband and I had back and neck injuries and contusions from the airbags. Our two boys were (knock on wood) physically unscathed. But mentally and emotionally? That was a different story.

In those first few weeks after the accident, it was the teddy bear that helped him through. He brought it to school and slept with it at night because, “It’s the only thing that will keep me safe, mom.”

I can’t even put into words how much that teddy bear meant to him. It took a long time for him to put the accident behind us, but in the meantime, he had his bear. Even after he stopped carrying it to school, it stayed on his bed at night.

Last week I stumbled upon a news article about an 88-year-old man making blankets for police to give to children in Zionsville, Indiana.

It was his wife who began making blankets to donate to different organizations. Then Clayton joined in, and together they made blankets for ten years.

When she passed away in 2015, Clayton continued making the blankets which he gives to the Zionsville Police Department and the Boone County Sheriff's Office. The blankets can be used in car crashes to wrap around victims while they wait for help. It’s such a simple act of kindness, and yet those blankets can bring warmth and comfort when a person needs it most.

Maybe we should all take a moment today to check with our local police stations to see if there are any similar programs we could contribute to.

Because sometimes it’s the small things that make a big difference.

RELATED:Bedtime is a Gong Show and Other Signs Your Kids Need a Sleep Coach