Don't Ask When I'm Having Another Baby 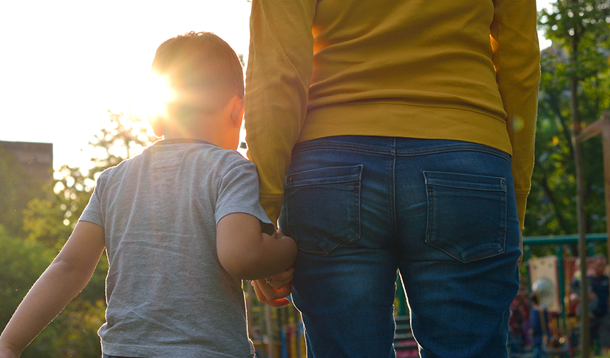 Following a funeral service for a family member recently, I bounced my niece on my knee while chatting with my partner. He reached across with a toy and, immediately folks were on us: Oh, looks like you two are practicing! When can we expect a baby?

One man even whispered I know you’re practicing! before laughing and continuing on.

Since it’s generally frowned upon to swear inside the church, and because I’d rather avoid confrontation, I smiled and shrugged awkwardly instead of screaming “Leave my effing uterus out of this conversation, dude!”

While chatting with the intake nurse at our doctor’s office, I answer the ever-favourite question “Oh, just have the one?”

Poor little boy will be all alone one day, I hear from some. He must get so bored.

Weeks later, while out with a group of friends, a woman I’d never met before sparked up conversation over the one thing she and I had in common: kids. The only parents in the group, we chatted about the joys of raising boys and trying to survive on two hours of sleep… and then it hit. When will you have another? Aren’t you worried? The age gap will be huge!

Even though I knew she meant well, my frustration spiked.

You see, aside from the fact that my uterus is mine and I should probably at least mostly (read: entirely) make decisions that pertain to it, there’s far more going on in my life that requires my attention than thinking about having a baby.

Like my health, for example, which has been an ongoing concern for more than a year now, and I work closely with a physician to manage a precancerous condition that as required multiple procedures to date.

Then there’s that thing where I’ve been single for most of my child’s life, and the last time I checked, it takes two. (And while I applaud single by choice women for doing what’s best for them, a second baby as a single mom was and is not what’s best for my under-30 self.)

Or my career, which I’ve worked hard for and am not keen to slow down or jeopardize right now - and you can call me selfish all you want. I hope my son (and any future children I may or may not have) will also be selfish when it comes to achieving the goals set for oneself and not throw them aside to satisfy a societal pressure.

And then, by the way, there’s the fact that I happen to believe that my family is absolutely perfect just the way it is. It may not look like yours, but it doesn’t have to. It’s mine. And maybe it won’t look like this forever. But maybe it will.

There are worse tragedies in the world than a single child brought up by loving caregivers in a safe and happy home.

You can ask me what size pants I wear, and when my last bowel movement was. Go ahead and inquire about my age, or my weight, my bra size or the results of my last PAP… just please don’t ask me when I’m having another baby.