What My Weight Loss Journey Taught Me About Beauty

The bigger I got, the less pretty I felt; the smaller I got the prettier I felt. 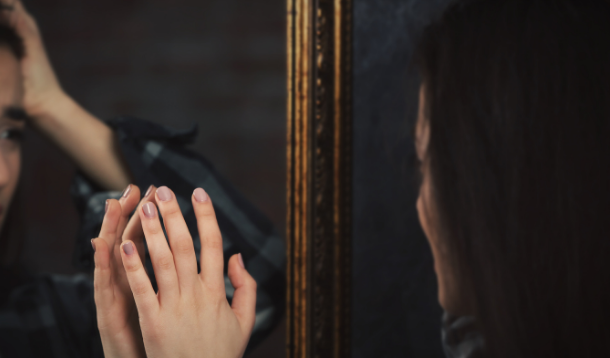 Growing up, I was the kid who always wore baggy clothes. This was the 90s mind you, so baggy clothing was the trend. But I wasn’t dressing to be fashionable; my baggy clothes served a purpose. It gave the illusion (even if just to me and no one else) that I wasn’t overweight. I truly believed that other kids wouldn’t notice my weight if my clothes were loose-fitting. Fortunately, I was never teased in school. The only incident that I was ever aware of was when a kid held a ruler across my derriere to indicate how wide it was to her friend. That hurt, but thankfully it wasn’t enough to scar me for life.

With the exception of that awkward incident, my weight, thanks to my friend circle and likeability with my classmates including the “popular ones” – was largely an inconsequential matter. It only started to take centre stage for me when I hit my teen years. It was then I became acutely aware that I was, (a) overweight and, (b) didn’t fit the textbook definition of prettiness. Additionally, the culture in which I was raised also had a simple definition of prettiness for girls: thin + fair = pretty. Whitening creams are very popular in certain Asian countries.  We've all heard of an instance where someone is complimented for having a pretty face, which is then followed by... she would be prettier if only she lost a little bit of weight.

Not only then was I bombarded by the North American standard of what beauty is (thin + revealing clothing for example), I also had the South Asian version of that (thin + fair).  Bollywood isn’t that different from Hollywood.

Given that I wasn’t thin or fair, I accepted the fact I wasn’t one of those “pretty girls.” Instead, I was a smart, nice, sweet girl. Those were my qualities and for the longest time, I convinced myself I was OK with that. In reality though, I wasn’t truly OK with that. I wanted to be smart, nice, sweet, thin and pretty! And quite frankly I thought, why couldn’t I have it all? The only exception: I refused to use whitening creams so the natural bronze look I sported was here to stay.

I didn’t want to be that kid who dreaded gym class; who wore their gym t-shirt and shorts underneath their regular clothes so they wouldn't have to change in front of their classmates. I wanted to be able to confidently strip down to my undergarments when changing as I saw some of the other girls do with such ease.

The summer I turned 16, when I was at my highest weight, I made a decision and I didn’t tell anyone about it. I knew I wanted to lose weight but I had no clue how to achieve that. I didn’t have any exercise videos at home and YouTube didn’t exist back then, so I put on upbeat tunes and did jumping jacks and jogged on the spot. When I felt like my heart was going to explode out of my body, I stopped. I barely made it to 2 minutes. Lured by the promise of words like “fat burning”, “fat blasting”, “lose weight fast”, I eventually invested in a few DVDs and worked out to them.

I also became very aware of what I was eating. I cut out carbohydrates for a short while from my diet (not a wise choice) which was extremely hard to do because rice is a staple in my house. I would eat chicken curry with lettuce. My mother had never seen anyone mop up curry with a lettuce leaf before. While not really enjoyable, it is highly doable, especially with romaine lettuce.

The process was painstakingly slow. It took me 4 months before I saw any results, but I eventually lost the weight. My clothes felt looser. I started to smile more. I received more compliments – people had taken notice. “You’re looking so pretty now,” relatives and family friends often remarked. I devoured all these praises. I was deemed pretty. I had finally crossed over to the other side!

But the allure was short-lived. My need to be classified as “pretty” by people who barely knew me was fickle. The moment I put on a few pounds – which eventually did happen as I reintroduced carbs into my diet – it was brought to my attention. “You’ve put on a few pounds, no?”

This was the beginning of my yo-yo struggle with weight that would last for years to come.  People are very observant of the most minute fluctuations in weight, especially if it’s trending in the upward direction. I stayed on this rollercoaster for a few years. And of course, my feelings of prettiness rose and fell along with the numbers on the scale. The bigger I got, the less pretty I felt; the smaller I got the prettier I felt.

It was only when I met my then-boyfriend, now-husband that things started to change. My husband often reminded me he was attracted to me because he found me beautiful on the inside which at the time didn’t quite make sense to me, even though I had heard that phrase countless times before. I often combatted him, “So…I’m not attractive on the outside?”  Sounds ludicrous. However, when you grow up in a society that is so focused on external classifications of beauty, it’s hard to truly grasp the opposite. Eventually, I came to realize that what my husband was saying was true – beauty is skin deep. Even though my weight fluctuated while dating my husband, he never once made me feel unpretty. And, for the first time in my life, I also didn’t feel unpretty when my weight crept up. I felt unhealthy but not unpretty.

I am now in my late 30s and am in a healthy place, both physically and mentally. I have a healthy relationship with food and see it as a means of providing fuel for my body so it can function at its best. Looking back, I realize, like many girls at that age, I was strongly influenced by the images of beautiful women I saw on magazine covers, mall billboards, television, and so forth. I spent most of my early teens thinking that if I met these external standards of beauty, I would finally be deemed beautiful by the outside world. What I didn’t realize until many years later, was that I was already beautiful on the inside irrespective of what I looked like on the outside.

More importantly, I realized, I didn’t need anyone to tell me I was beautiful, I just needed to tell myself that - and believe it. As wonderful as it is to have another person validate my looks, it led to me spending all of my teen years and my early 20s in a constant search for that outside approval, when all along the only approval I ever needed lay within me.  I wish I had grasped this when I was 13, 14… heck even 20 years old, but I understand this now, and this is something I will fervently remind my daughters of, as someday they too contend with the same standards of beauty that I faced growing up.

A little about me. I am a wife and mother who enjoys reading and writing stories about the human experience. I am the Editor-in-Chief of The Local Biz Magazine. I have had my non-fiction work published on various sites including Scary Mommy, The Globe & Mail, Her View from Home and Filter Free Parents.