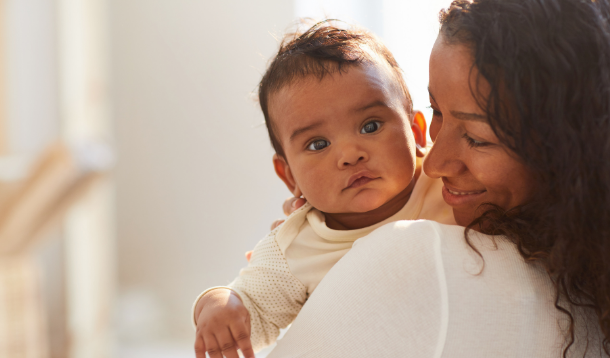 For Wendy and her daughters Kelsea and Sydney, Father’s Day was just another Sunday of laundry, cooking, and prepping for the week ahead. And then something happened that would change the way the trio saw Father’s Day forever.

“It started off as just another day,” recalls Wendy. “The three of us were hanging around the house and I was putting together a little gazebo I had purchased for the yard. It was Father’s Day, but we really weren’t acknowledging it more than cards and phone calls to my father, my brother-in-law, and a long-time neighbour that my girls knew well. By that time, the girls hadn’t seen their father in three years.”

As is often the case in solo-parenting households, Wendy was concerned that the absence of a father figure in her girls’ lives would have a negative impact. And isn’t that always the way when we’re tasked with the role of nurturing our children by ourselves? Despite all our efforts, guilt has a way of creeping in. It sits on the edge of our conscience always asking the same question, “Am I doing enough?”

On this particular Father’s Day in 2011, Wendy was working in the yard when her daughter Sydney who was 14 years old at the time, said she had something to show her. Leading her mother to the front of the house, Sydney was bursting with excitement and Wendy had no idea why. It wasn’t until they got to the driveway that Wendy saw Sydney’s chalked message. Sydney had written the words, “Happy Father’s Day, mom/dad” across the ash fault.

“You know what, mom?” Sydney asked as the three stared down at the words written with love. “You’re our dad too!”

Somehow, Sydney had connected the dots that their mother was playing the role of both mother and father for her and her sister.

“I was blown away,” admits Wendy. “I got so emotional, and I was trying to hide it because I had never really thought of myself as playing both roles. All I could say was ‘wow!’ and ‘really?!’”

Kelsea, who was 17 at the time, had a no-nonsense reaction to the reality behind her sister’s words. “Well yeah, mom. Of course, you’re both our parents.”

I’m certain that many of us can relate to Wendy’s concern about the impact of raising children alone, without the balance of a partner. For this reason, I reached out to both Sydney and Kelsea, who today are young adults and living on their own. Here’s what they had to say about life with a single mother.

Being raised by a single mother was more of a blessing than a curse, contrary to what most assume. I was raised to be smart, strong, and independent. Despite the struggles we faced as a family, we ALWAYS overcame them. It pulled the three of us closer than ever and because of that, we will always have each other no matter what. Not many people are as lucky to have the mom I do. I will always be thankful for everything my mom taught me. Today, I consider myself a successful, level-headed, and independent young lady, all of which I would never have achieved if we hadn’t gone through what we did, together, as a family.

Through my experience of being raised by a single mom, I have learned that we all have limits on knowing what we can and can’t do. At the same time, we are all capable of something. Knowing your limits (in mom’s case, it’s plumbing) is only achieved by trying and failing. I’ve learned that there is nothing wrong with that. When you fail, you just have to get up and try something else.

The girls’ sense of appreciation, and even sense of humour, is clear. They were raised by a single mother and have thrived to tell the tale.

As for Father’s Day, the chalked message on the driveway that day in 2011 changed everything for this trio. Father’s Day went from being an invisible day to a day of honouring independence and strength. Instead of focusing on the disappointment of an absent partner and parent, they’ve come to appreciate the opportunities presented by their circumstances.