When Your Child Says "I Hate You!"

I don’t remember how old my first child was when he said it, but it stung. The first time. 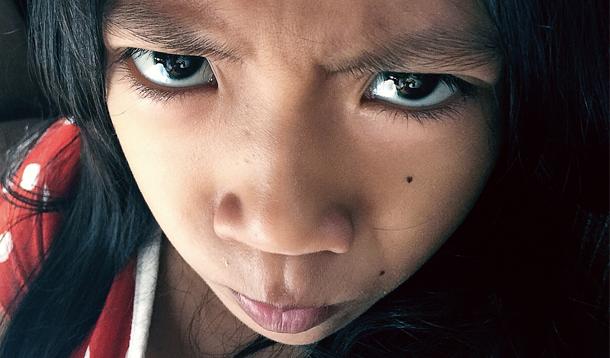 These words shatter a parent’s heart the first time they hear them. I don’t remember how old my first child was when he said it, but it stung. The first time. The 10th time, less so. By the time my second child started saying “I hate you,” it had lost its power.

But he is smart. He learned that, “I hate you” simply elicited a “You can hate me all you want to, you still have to clean your room,” so he found something harder for me to ignore. Now he says, “You hate me!”

Evil genius. I can’t let that slide without disrepute, and it gutted me when he first started saying it because I worried he thought it was true.

Why? Because just like when my oldest said he hated me, he doesn’t mean it. He knows I don’t hate him; he is simply trying to push the buttons to my weak spots.

I was the same as a child. I was a bit of an enigma in the sense that I was a freakishly perfect child out of the house, to the point it was weird, but I gave my parents the entirety of my temper and stubbornness. I can clearly remember being sent to my room for some indiscretion, taking a calendar, and rolling up the months containing the birthday of someone who had pissed me off. My mom, my dad, my sister, probably several more, when I became pissed at one thing, I became pissed at the world, all rolled up in protest of this injustice. Then I would hurl it down the stairs for all to see. I try to think of this when I wonder why my children are so dramatic.

And I took “I hate you” a step further than my own children. I wrote hate notes to my mother. I addressed them to her full name, starting with Mrs., just to make it clear I considered her my mother no longer.

My mom said the first one broke her heart. After that, it became an expected routine. Send me to my room, wait 10 minutes, collect letter that came sailing down the stairs. It transitioned from heartbreaking to comical. When I found out that she was the Tooth Fairy (to whom I had confided things like my childhood crush,) I send down a scathing letting admonishing her and demanding my teeth back. She kept it and put in in a memory book she made for me when I went away to university. And she’s right, it is hilarious.

So, when it comes down to it, the key to dealing with “I hate you” is to take away its power. Realize that it is an attempt to unbalance you. Resist the urge to freak out. In the moment, remind yourself they don’t mean it, they are feeling hurt and trying to hurt you in response. Acknowledge that it won’t change the circumstance. “You don’t have to love me, but you do have to stay in your room.” There’s no come back for that.

When cooler heads have prevailed, anger has dispersed, and they have done whatever task they were required to do, or served their consequence, then it’s a good time to reiterate that you love them no matter what. It’s also okay to tell them that although you know they don’t mean it when they say it, it is still hurtful and not okay to say. Eventually, it sinks in that it isn’t a successful tool for getting their way or getting a rise out of you, and it will stop.

My youngest hasn’t quite given up on “you don’t love me" yet, but it is usually followed by a cuddle and exchanged “I love yous" when the tantrum is done. I hate that they explode like that, but I’m thankful they are comfortable enough with me to feel safe doing so. If they genuinely hated me or doubted my love for them, I don’t know that they would feel comfortable enough proclaiming it so freely, or feel the need to make amends later.

So take heart, hated parents, it will get better, and you are loved more than you know. Just stay consistent in that message that love is not conditional upon task expectations or punishment, and they will get it, and find another way to push your buttons.

RELATED: Don't Be the Person Who Demands to Bring Kids to Weddings