How Young Is Too Young? 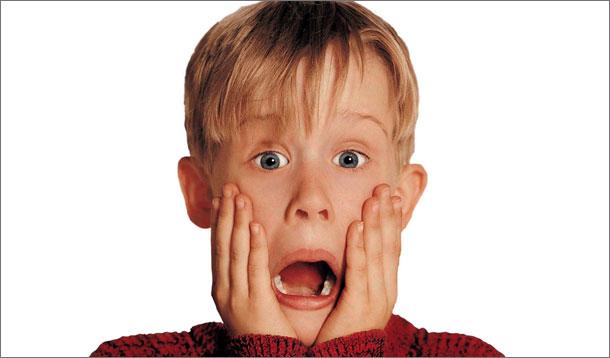 This past weekend, my husband was working and I was solo parenting.

On Saturday my four-year-old was excited to attend her friend’s birthday party. We are a single-car family and take pride in that, so I was lucky that the birthday party was only a few blocks away from our house.

My six-year-old was being exceptionally lazy about getting ready to leave for our walk. He was moving like molasses. At my final request for him to go and get dressed he suggested that I leave him at home while I went to drop off his sister.

I was a little shocked. My son is scared of wind. I could never picture him actually staying home by himself. I have to admit I was proud of him for believing that he was ready to be left home alone even though he probably just wanted to stay home to watch Johnny Test. And I’m not going to lie: I actually considered it. Just for a fleeting moment.

In that moment I had a glimpse of my future and I liked it. Leaving a kid home alone will be amazing. To be able to pop out to the store without both kids tagging along sounds fabulous. I knew that this would happen one day, but it really wasn’t going to happen now.

I thought I’d turn this into a teaching moment and asked him what he would do if there was a fire and he was home alone. His response was,

“Yes, you would totally stop, drop and roll if YOU were on fire, but what do you do if the house is on fire?”

Smart kid. I corrected him and said that he should go across the street to another neighbour’s house and then call 911.

He impressed me. But I suspect that if I had decided to leave him, he would be crying at the window until my return. My baby may know to stop, drop and roll if he is ever unfortunate enough to be up in flames (shudder), but he is definitely not ready to stay home alone.

How old do you think your child needs to be before you leave him home alone? Is it an age thing or a maturity thing? Are there laws that dictate this?

Sandy Pedrogao is the editor and co-founder of Oh Baby! Magazine and www.ohbabymagazine.com. When she’s not parenting her two children as best she can, she can usually be found at her desk or enjoying real life or online conversation. Sandy is looking for a so-called ‘balance’ that she’s not sure really exists. It’s a challenge to run a business and to parent, but she’s learning as she goes and loving every minute of it. Usually sleepless in Toronto, she is an expert chatter, and lover of coffee, wine and cupcakes.