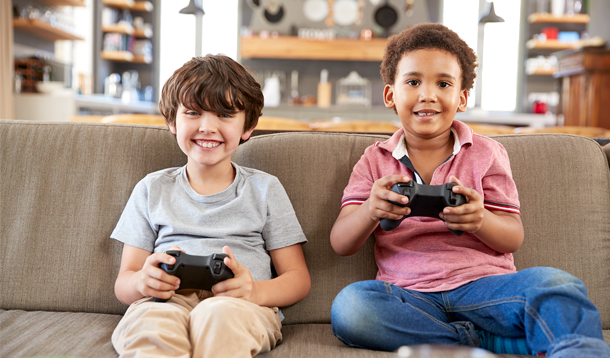 Recently, my eight-year-old daughter was asked to go to a friend’s house for a play date. When I went to pick her up some 3 hours later, the hosting dad felt compelled to give me a play-by-play of the afternoon’s activities. It went something like this… “Yep. It was good. Never heard a word from them. They just played video games.” Struggling to contain my disappointment and, quite frankly, my anger, I smiled my best awkward smile, gathered her things and made an exit.

Maybe in isolation, my haste to anger over such a small event seems a little over the top, but with a little context, perhaps it is understandable, even warranted.

You see, when a week earlier I’d received the invite for a play date from this particular family, I hesitated. Before delivering news of the invite to my daughter, I took pause and weighed what I knew would be her enthusiasm to go against our previous play date experiences in which she’d engaged in hours-long stretches of one form of screen time or another. I spoke to my partner about it. He shared my concerns, but between our guilt about turning down the invite for no particular reason and the fact that we knew she’d be over-the-moon to go, we accepted. As it turned out, I wish we hadn’t.

Unfortunately, this is a situation that’s played out in one form or another dozens upon dozens of times in my parenting career, and, though I’m clearly overstepping by making this request, I’m going to go out on a limb and ask, respectfully… Can parents please limit the use of screen time when hosting play dates?

Ok, I know the official answer is, “I’ll do what I want in my own home, thank you very much, and if you don’t like it, don’t send your kids here.”

But consider this. Say I invited your child over to my house and proceeded to smoke cigarettes in their general vicinity for a large portion of the play date. Officially that would be my right, and unofficially you would be wise to choose not to send your kids to my house, but surely this begs the question of who is losing out. Because my kid wants to see your kid, and, as much as I’m happy to host endless play dates chez moi, at some point it’s reasonable that they may ask for a reciprocal arrangement.

I’m not here to harp on the dangers of screen time (which are as well documented as those of smoking), but what I would respectfully like to draw attention to is what activities kids are NOT doing while they are engaged in screen time. On a play date, kids have the opportunity to do any number of things from physical activities to crafts to make believe play to outdoor exploration, all with the added benefit of enhancing their social skills in the process. From my experience in hosting play dates, those ingredients are more than enough for a successful and easy-for-me play date.

Full disclosure, we use screens at our house. I use them, my kids use them, and, yes, we even employ the occasional movie during visiting hours. For us (and at the risk of sounding like a sanctimonious sh*t), it’s about a hierarchy of responsibilities first, personal development second and the freedom to do whatever we want (screens included) after we’ve tended to those things.

None of this is to say that we are always successful in our efforts nor that our intentions are somehow correct, but nonetheless these values are important to us and, as with any values we are apt to instill in our children, our goal is for them to extend beyond the borders of our home. A play date is no exception.

My hope is that in the broader picture of the many hours of childhood they will spend under the supervision of their friends’ parents, my kids will be encouraged to tend to their friendships, their creativity, their conflict-resolution, their confidence, their social skills and any number of other things before engaging in screen time.

Of course, this sounds like a tall order for a host, but I’d put forth the argument that almost all of them can be accomplished simply by ignoring kids who are just happy to get to spend time together! Having said that, I don’t have a magical formula to determine what amount of screen time is acceptable. As I’ve said, I am aware that it is not my right to tell others what they can or can’t do in their own home especially when they’ve agreed to host my kids, but it is my right to say no next time a play date comes up in which I expect my child will be engaging in three hours of screen time. It’s just a right I would rather not employ.