The Paradox of Tweens

Despite my vocal support of being open and accepting of sexuality and teaching our children the same, it still feels different when it’s your baby. 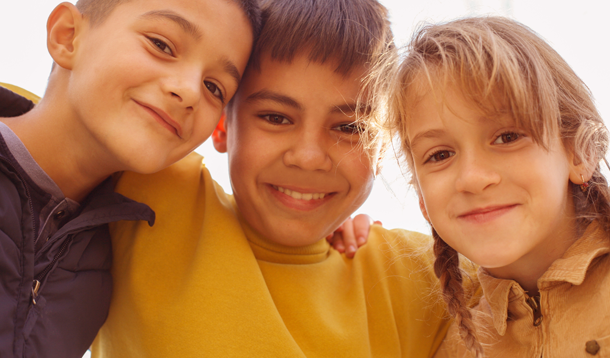 My oldest son turns 10 this year. A full decade has passed since I first held his little, wrinkly, eight pound, wiggly frame in my arms for the first time. I have seen him transition smoothly from baby to toddler, and toddler to child. The overlapping stages during transition can be difficult sometimes, but they are usually easily managed.

But now we are entering a new transitional stage, and I am bracing myself. He’s a Tween – not quite a kid, not quite a teen. And it’s a much more complicated transition than the rest.

My almost-10-year-old still believes in Santa. He sleeps with a treasured cat stuffy that represents the cat we lost last year, whom he is still mourning. He plays with kid toys. I still regularly find him in full superhero costume.

He doesn’t have a cell phone or a tablet, and he isn’t allowed to stay home alone. He doesn’t have a Facebook or Instagram account. But he did have a girlfriend last year. He can get changed alone in the men’s change room at the pool, but is intensely private with his body.

He can bore me to tears regaling me with step-by-step retellings of the Minecraft game he just played, and genuinely loves playing action figures with his five-year-old brother.

He is starting the process of entering adulthood, but in so many ways, he is still a child. And that is why the screenshot my husband sent me was such a gut punch.

It was a screenshot of an Amazon search history. The top was riddled with various queries about Yo Kai Watch, a cartoon he is currently enamored with and was on a quest to find the perfect toy from. At the bottom of the list was “Naked woman vagina” and several variations thereof.

I took a deep breath. My kid, who wasn’t even old enough to own a cell phone, had searched “Naked woman vagina” on the cell phone we use as a remote for the TV.

We knew it was coming. It was age appropriate, it’s normal at 10 to be curious about this stuff. I certainly was. It isn’t like we were surprised, objectively. But despite my vocal support of being open and accepting of sexuality and teaching our children the same, it still feels different when it’s your baby.

“At least he spelled it correctly,” my husband conceded. All we could really do was laugh. I still stand by my stance on openness, but I was glad it was my husband who would be having the talk with him about this.

We have always discussed sex openly, he knows the basics and has for as long as he can remember. But we hadn’t yet broached the topic of his own sexuality. In the end, we decided not to let him know we knew about his search. We didn’t want him to think he was in trouble, and by extension that he couldn’t talk to us about this kind of thing. Plus, we wanted to be able to see if it was a one time deal or if he searched for it again.

And mercifully, he had searched Amazon not Google. All he found was some art. If there is a better metaphor for the paradox of tweens than searching “Naked Woman Vagina” on Amazon, I can’t think of it.

I had made peace with my baby no longer being a baby. Now we start the process of accepting that soon our kid won’t be a kid. Sooner than we were prepared for. This period is tough. This period where your child is excited by Santa and vaginas at the same time. Trying to balance giving him freedom and keeping him safe, giving him privacy and making sure he’s doing the right thing, watching him play like a child and think like teen, it’s difficult to find where to stop on a spectrum that changes by day.

Fellow parents of kids who are in-between, all we can do is love the teen they are one day and the child they are the next, listen to them, and let them know we are here for them as they navigate these scary new waters. Just breathe. And check your search history.

The author has chosen to share her story anonymously.