How a Sea Witch Taught Me to Love My Body

Becoming Ursula Was a Lesson in Self-Love 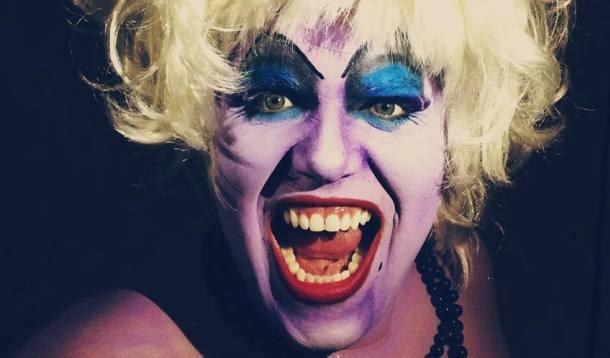 I’ve always been fat. Even when I was thin for a brief stint in the early part of this century, I was fat. I never saw myself as skinny. Each time I looked in the mirror, I could see that chubby little kid who was made fun of in grade school peering back. I wanted to be thin. That’s the ultimate goal, right? That’s what the media tells us. That’s what Disney tells us. You want the prince? You’ve got to change.

Are Plus-Size Disney Princesses A Possibility

This year, for Halloween, for the first time ever, I decided to go out dressed as someone more my size - Ursula, from the 1989 Disney classic The Little Mermaid. She’s a fascinating creature, modeled after a plus-size drag queen, created with character, charm and wit. It was a perfect fit.

I spent weeks shopping for the right dress and planning my makeup, and when October 31st hit, I was ready to greet the world as the sea maven who is all about the bass. And although it would be a fun night of friends, drinks, and miniature chocolate bars, what happened next surprised me:

Becoming Ursula for Halloween changed the way I saw myself.

She's a big woman, as we all know, so I felt completely fine being big in her skin. For once, I didn't feel like being fat was a bad thing. She is fat, and I had to be fat to play her. From the minute I put on the costume, to the second I took it off, I didn't aspire to be anything but a sexy, fat sea witch.

It felt really good being completely comfortable with my body. In 33 years, I have never felt anything like that.

This might be the reason I always admired her as a character. While Ariel was trying her best to change out of the skin she was born with, Ursula flaunted the skin she was in. Imagine if we could always feel like we were meant to look the way we do. And how comfortable we would be in our own skin if we just played the part we were born to play.

Looking back in the mirror today, I still see that chubby little kid who got made fun of in grade school peering back. But now I don’t think of him as a poor unfortunate soul. I see someone who was born to play the part he was given.

Chris is a dreamer of dreams and a builder of brands. A designer, columnist, and award-winning entrepreneur whose not afraid to wear pink pants after Labour Day. That being said, he is his own brand. His own superhero. And even his own super villain. He’s over the top and everywhere in between. Some might call him a little vain, but seeing as he probably thinks this blog is about him, he’d be ok with that.To quote one of his idols, RuPaul: “If you don't love yourself, how in the hell you gonna love somebody else?” Can he get an Amen?