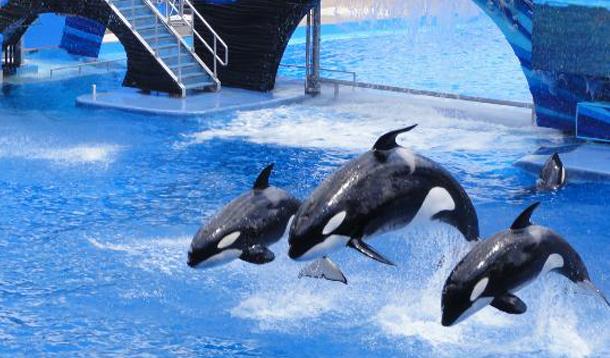 SeaWorld's performance calendar is looking a little bleak these days. Ever since The Barenaked Ladies dropped out of its scheduled gig at the resort, other acts have followed suit. Willie Nelson and Heart have also cancelled performances on the strength of the Blackfish documentary (see trailer below).

According to an article in the Daily Beast, petitions started by fans urged bands to cancel their slots for SeaWorld's “Bands, Brew, & BBQ” music series, slated to begin in February 2014. Now the lineup is filled with gaps, after three major acts announced their decision to bail on the theme park in the wake of the Blackfish controversy.

The Change.org petition entitled “Barenaked Ladies: Cancel Your Performance at Seaworld” was the first to spark the reaction. The Ladies pulled out of the concert after receiving nearly 12,000 signatures. Willie Nelson then received some 9,000 signatures, and Heart followed suit, even though it wasn't directly affiliated with a petition.

In all cases, Blackfish was the catalyst. It remains to be seen how billeted acts Cheap Trick, REO Speedwagon, and Scott McCreery will react in the face of similar petitions.

Kudos to these artists for listening to their fans, and putting their conscience ahead of their bank balance.

Do you boycott SeaWorld and similarly controversial marine parks, or does your child's entertainment come first?