Sure Signs That You Will Cheat

Don't Want to Catch Fire, Stay Away From Sparks 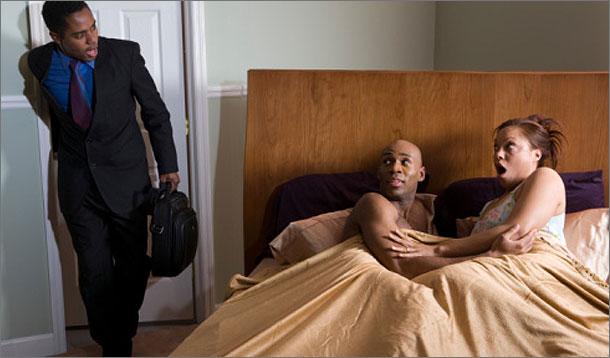 It may be too late for the likes of Kristen Stewart. But if you're feeling all smug and comfy on the marriage front, you'll want to read this post by Dr. Susan Heitler, who has listed the top signs that a cheat may be imminent. Even if you don't see it coming.

Ah, social media. One of the biggest thrills is tracking down (stalking) old friends and flames to see what they're up to... But that initial thrill could well translate into something more. As Heitler puts it: "If you don't want to catch fire, stay far from the sparks." Exes and current colleagues are cited as the most 'dangerous' connections.

Other warning signs may be an already fragile relationship. If things are thorny at home, it can be all too tempting to look over the fence, so to speak. And obviously, if you are neglecting to mention the fact that you are married, or meeting up in private, well, that's a given.

According to Heitler, "new trumps familiar—but for sex only. Intense sexual appeal only does not a good match make." Try to remember what was so hot about your relationship back in the formative days, and keep that memory at the forefront.

Beware that 'innocent' flirtation. What starts off innocent can quickly become addictive. After all, flirting stokes even the most modest ego. "If you find yourself tempted to become increasingly flirtatious, emotional infidelity is already taking place."

She claims fidelity is a slippery slope for the best of us. The clincher: adding liquor to the mix, which can swiftly turn said flirtation into a full-blown physical connection.

Far better, says Heitler, to stay far from the cliff's edge. "Make your marriage the best it can be, and avoid a mistake that could destroy it."

Heitler's strategy seems largely based on avoidance. Are marriages as fragile as she suggests? Or, K-Stew notwithstanding, do we deserve more credit for remaining faithful?