Your Life Changing Moment Could Be Just A Tweet Away

"You never know where a cookie recipe will get you!" 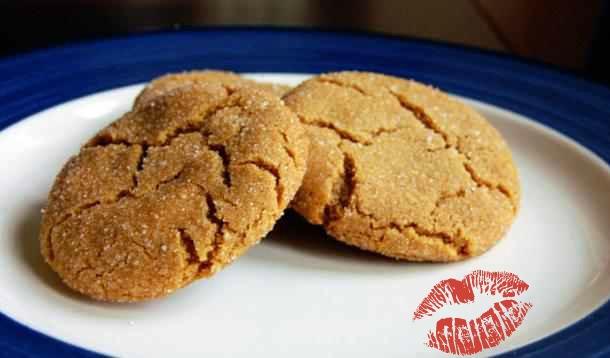 It's not every day you get a message telling you that your cookie recipe post may have changed someone's life.

I was working away on a document I was already late delivering when a twitter message popped up on my screen "You never know where a cookie recipe will get you!" A reader had reconnected with the love of her life by sharing a recipe of mine on Twitter. The details are right off of the pages of a book or the big screen. So let's jump back a few years...

The star-crossed lovers originally met back in 1987 when they worked together in a restaurant, in London Ontario and were together for about one and a half years. To protect the innocent let's call them Jane Dough and Famous Amos. Jane and Amos were young at the time, in their early 20s and for various reasons it just didn't work out. However over the course of years (as recently as 1995) their paths continued to cross. He was her first love and she was his.

In 1994 Jane was finishing her degree in London and Amos was studying to be a chef. Amos thought this would be the perfect time to ask Jane to marry him. As hard as it was, even though she did love him, she said no. Jane had set in her mind that before worrying about settling down she needed to graduate, go to Toronto and pursue a “big ad-job." And she did!

Jane and Amos both continued to pursue their studies and dreams but always felt that they needed to know where the other person was. Not to see them or interfere with their lives — but just to know they were ok. Both got married to someone else and had kids... and as often happens with everyday life, despite their best intentions with the passage of time they lost track. From around 1997 onwards the two eluded one another. Every once in a while Jane would look on Facebook and LinkedIn to see if he was there — but no luck.

Present day: Jane stumbles upon a recipe of mine for Hamentaschen cookies on the YummyMummyClub website. She tweets a question my way about the recipe before she tries it out at home. Later that week she was at LegoLand with her boys and just about fell off her chair when her phone popped up to alert her that Amos had just favourited her Tweet about my cookies.

She fired him a response asking if it was him from 1987 … and the rest, really, is history.

Once they’d quickly established that neither was married anymore — they took it offline and texted for hours, all through the night. After 26 years they had a LOT of catching up to do! It turns out he had four girls — 17, 15, 11, and 6 and she had three boys — 13, 9, and 5. A real life Brady Bunch!

They set a date to meet in person only four sleeps after they'd first reconnected. Jane was as nervous as she'd ever been. When she first spotted him after all the time they'd been apart she embraced him with a lengthy hug. They had already talked about how there would be no expectations — just a chance to meet and catch up. Following their reunion Jane took her time and after 2 days decided that she needed to see where this was going. She felt there must be a reason why they had been thrown back together after all of this time.  And so she called him to let him know her thoughts and feelings and hope that he felt the same way. He did. (Did I mention it was a really, really good cookie recipe?)

Since that day, given their respective kid-schedules, Jane and Amos try to find small windows of time that they can carve out together. They talk as often as high school sweethearts (who I assume actually text these days?!). There's still a lot of catching up to do but even after all that time — Jane finds it most amazing that he’s still the man she loved 26-years ago … only better (and more handsome).

The kids know the story and have met each other — and so far that’s going well. Many people cannot conceive that after so few weeks (yes, weeks) they are planning how they will spend the rest of their lives together. Though their children don’t know it yet they're already talking through how they would blend their families and 7 children into one house.

Jane is sure that divine intervention has put them in each other’s paths at this time and that it is truly a gift.  She'd been separated for 3 years and had not yet dated, not relishing the idea of “putting herself out there” and content in spending her time with her boys.  He too, had decided that after the end of his marriage that he would just be on his own, with his girls, from that point forward. Imagine their collective joy in now being able to spend this time together!

To top it all off, Amos doesn’t know how it was that Jane saw him on Twitter. New to Twitter since January he had accidentally tagged the favourites button as he was scrolling through his newsfeed, because he had no intention of letting Jane know that he had found her on Twitter.

The story just keeps getting better and I can only hope that Jane and Amos have an even better story to tell me as they continue down this path together. The stars really did align just perfectly for this true life love story... all from a tweet about a cookie recipe.

Clearly the moral of the story is: if you want to guarantee a life full of love, happiness and joy you need to share my recipes on social media!

Looking for love? Maybe you just need one of our awesome cookie recipes!