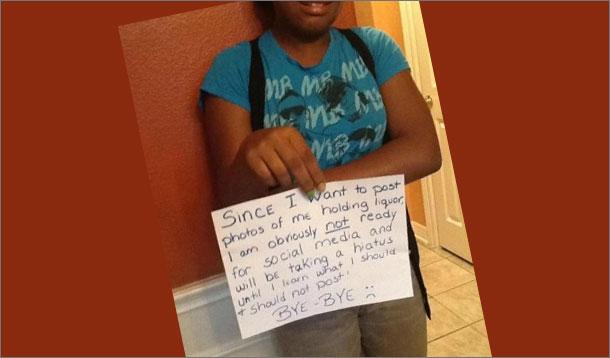 There's a new trend in parenting circles. No longer is it enough to punish your child, to really hit home you must publicly humiliate them in the process, too...

At least it worked for author ReShonda Tate Billingsley, who wrote about shaming her oldest daughter after finding her Instagram picture of her holding up a bottle with the caption ‘Wish I could drink this Vodka.’
After all other methods of punishment failed, and all other chats about responsible social media use went unheeded, mom brought out the big guns. She got her daughter with a taste of her own medicine, making her pose for Instagram with a sign that read: “Since I want to take pics holding liquor, I am obviously NOT ready for social media and will be taking a hiatus until I learn what is and isn’t appropriate to post. Bye-Bye.”
Tate Billingsley then added the pic to her own Facebook page, spurring a conversation about just how much involvement a parent should have in their child's social media. At what age (if ever) is a child entitled to a little internet privacy?
From the girl who died after being made to run until she collapsed, to the dad who shot his daughter's laptop on YouTube, and the girl forced to run in a diaper due to poor grades -- when does public humiliation stray into a form of abuse?
Category:
Life - In The News
Tags:
ReShonda Tate Billingsley
name and shame
public shaming
discipline
punishment
punish
wearing sign
shaming
humiliate
mummy buzz
May
16
2012

Too Posh to Push? 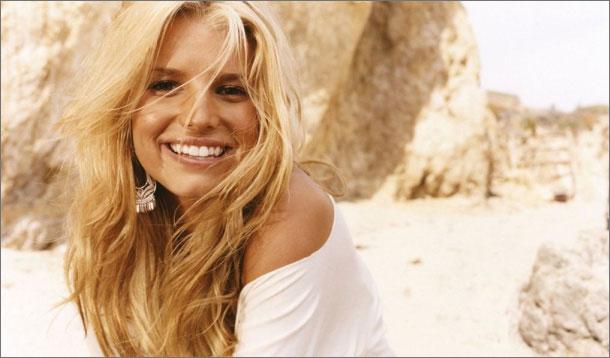 Jessica Simpson is just the latest in a long line of glitterati who had their babies via C-section. Babble's list of 20 celebrity moms who delivered by Caesarean section are as varied as their reasons for doing so.

While some (Gwen Stefani, Victoria Beckham, Denise Richards) wanted to control the big event just as tightly as they control their careers, others (Britney Spears, Christina Aguilera) were just plain terrified of the pain of childbirth. But the vast majority (Pink, Kate Winslet, Tori Spelling) planned to go the natural route, only to require emergency surgery to deliver their babies.

So much for the idea of the pampered celebrity. One trooper laboured for a whopping 70 hours before undergoing a C-section. Any guesses?

To Winslet, not delivering vaginally was synonymous with failure. "My whole life, I'd been told I had great child-bearing hips. There's this thing amongst women that if you can handle childbirth you can handle anything. I had never handled childbirth and I felt like in some way I couldn't enter the 'powerful women's club.'"

But just because you have a Caesarean for a first birth doesn't mean you can't have a vaginal birth for subsequent pregnancies.

"For some clinicians and hospitals, the prospect of offering a trial of labor after a Caesarean delivery is too risky. While risks exist, the possibility of delivering vaginally is still a viable option for many women," says Dr. Christina Marie Davidson, chief of Obstetrics and Gynecology Services at Ben Taub General Hospital. "We believe women should have that choice. We can't guarantee that they'll have a [vaginal birth after Caesarean] (VBAC) delivery every time, but we can certainly plan for it."

Some factors that increase likelihood of a VBAC:

Not facing a similar condition for the previous Caesarean

Successful vaginal delivery or VBAC in past

Labor starts on its own

Younger than 35 years of age

Oh, and the record-holder for a 70-hour birthing marathon? None other than Gwyneth Paltrow, who laboured for forever before having her daughter Apple by C-section. Respect, Gwynie.

If you had an emergency C-section, did you feel disappointed or relieved? 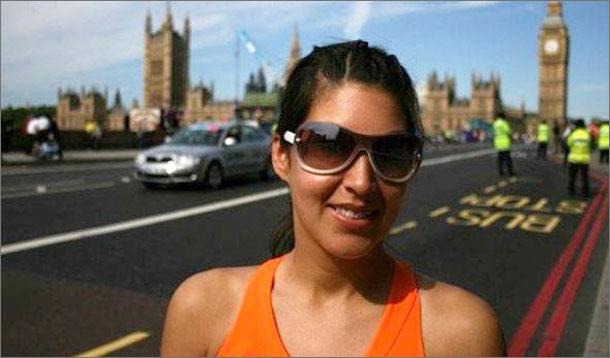