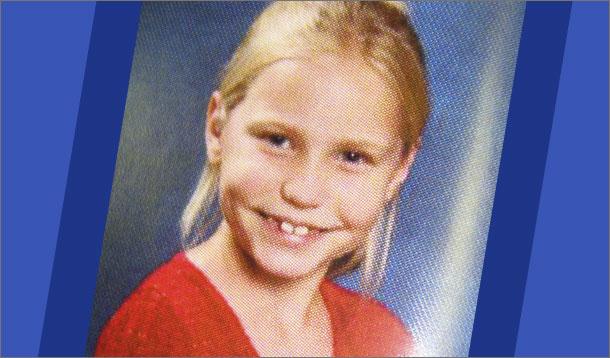 When Savannah Hardin lied about eating a chocolate bar, she had now idea the punishment would cost her life.  After being forced to run for three hours, the severely dehydrated 9-year-old from Etowah County, Atlanta collapsed, had a seizure and died days later.

The girl's grandmother and stepmother, 27-year-old Jessica Mae Hardin, now face murder charges and are each currently held on a $500,000 cash bond.

Neighbours apparently saw Savannah running, but failed to see anybody "chasing or coercing her" to do so and therefore didn't intervene.  They failed to realize what they were witnessing was a murder in progress.

The grandmother, 46-year-old Joyce Hardin Garrard, ordered Savannah to run for lying about having eaten a candy bar, which was forbidden due to an apparent bladder condition—a condition undetected by the autopsy.

Savannah's father, Robert Hardin, came home from a U.S. government contracting job in Pakistan to find his daughter coming off a ventilator, while his ex-wife, Savannah's mother Heather, lives in Florida.

Neighbours described the area surrounding the Hardins' trailer home as "a very happy extended family around here” and claimed the punishment simply " got out of hand.”

Were the neighbours right to mind their own Ps and Qs or should they have spoken up? Have you ever intervened when a child was being unfairly punished or abused in public?