Why Are We Still Paying More For 'Feminine' Products?

Pink Is NOT A Luxury Colour

Why Are We Still Paying More For 'Feminine' Products? 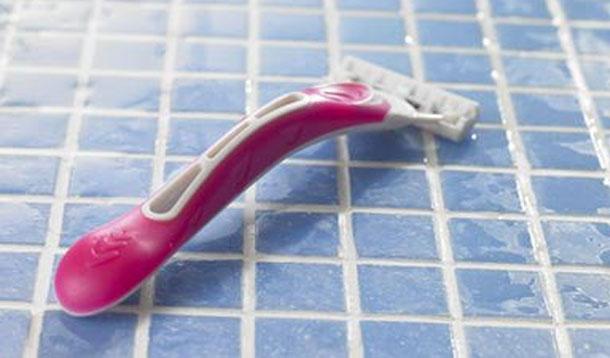 Should a pack of razors cost more just because the handles happen to be pink? I don't think so. Neither does a French women's rights group that prompted a government inquiry into the price discrepancy of so-called "feminine" products.

Goods like shampoos, deodorants, razors specifically marketed to women were consistently priced higher in a move that The Georgette Sand collective has dubbed a "woman tax.” In one case, a pack of pink disposable razors was marked at €1.80 ($2.68). The blue pack: €1.72 ($2.46).

Ironic coming from Monoprix—the store whose name literally means "single price." Monoprix stood by its pricing, claiming the differential was down to production costs, and owed the cheaper price tag to the fact that men's razors sold in greater quantities.

As further proof that there is strength in social media numbers, a petition with 30,000 signatures compelled the country's finance ministry to launch a formal investigation.

According to the group, retailers are fixing sexist prices for products that are "mostly similar, if not identical.” And the discrepancies they found weren't limited to hygiene products. Things like food, backpacks, pens, and even services like gym memberships and dry cleaning were more expensive for women.

And of course the most glaring differential: hairdressing. Once upon a time, women had long hair and men had short hair; one required substantially work than the other. Hairdressing (puns aside) isn't so cut and dry anymore.

You tell me: Are retailers justified in charging women extra for some products?

Shoppers called out this company over these baby sleepers. 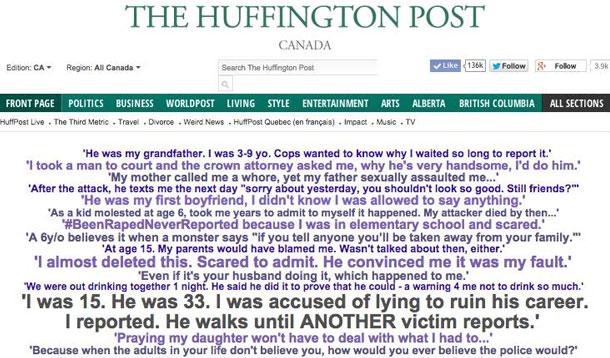 As women, we live in a different time than that of our grandmothers and our mothers, even. Like them we're subjected to sexual harassment and all manner of gender bias. The hands of time haven't changed that grim fact. Yet today we have a secret weapon hitherto unavailable to us. We have—for better or for worse—social media, and it is a powerful tool. From the moment news broke of Jian Ghomeshi's firing from the CBC, the floodgates opened. Conversations erupted online. Accusations and confessions trickled out from behind closed doors and into public forums. Voices that dared not speak up before, at last spoke. It wasn't pretty, but no one could look away.

Alone, the voices were feeble, little more than a din. But taken together, the voices became something formidable, a cacophony loud enough to make an entire nation perk up its ears and listen. Really listen. No sooner had Lucy DeCoutere made her allegations against Ghomeshi public, the hashtag #IBelieveLucy had prompted more than 2,000 tweets. Since then, social media has witnessed a kind of snowball effect, with more women coming forward, finally feeling brave enough to speak out against a figure as powerful and prominent as the former CBC broadcaster.

Emboldened, others felt driven to seek legal counsel in their own right. In the wake of Ghomeshi allegations, Howard Levitt, senior partner of Levitt & Grosman LLP, saw a significant jump in the number of women approaching his firm of employment lawyers for representation in unrelated cases. That's not just meaningless white noise, people. That's real action.

Social media fosters solidarity. It is easier to confess something unspeakable from behind the safety of a laptop screen. It is easier to reach out to others without fear of being silenced or reproached. Trolls do exist, but the sheer volume of 'likes' and 'retweets' and 'shares' ultimately drowns out the haters. Witness the impact of the recent Twitter hashtag #BeenRapedNeverReported, in which Canadian journos, Antonia Zerbisias and Sue Montgomery, disclosed their personal stories of rapes in 140 characters or less.

The Ghomeshi allegations are only the latest example of women taking to social media to lobby against crimes against them.

The list of grassroots campaigns is long and far from comprehensive: It started with the #YesAllWomen hashtag, prompted by a murdering misogynist in California, while #WhyIStayed began following footage of domestic abuse by an NFL player that led to #WhyILeft. Here in Canada, young aboriginal women across the country took their lead from Holly Jarrett, and held up signs that read #AmINext in response to the federal government's apathy over the disappearances.

When we take to social media as a collective, our voices are too loud to mute. Now that we've finally started talking, ladies, let's be sure we never shut up again.

The Answers may surprise you 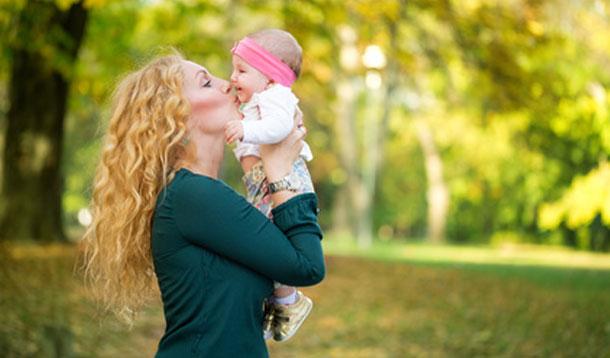 When is the most joyful period in a parent's life? A new study from the London School of Economics and the University of Western Ontario claims that for most of us the year immediately preceding and the year following a baby's birth see us at our most ecstatic.

For many parents, by the time the third or fourth child rolls around, the novelty of kids has all but worn off. And we are then destined to return to whatever happiness levels we had pre-children.

“The first two children contribute to happiness strongly, whereas the third does not," said the study's lead author, LSE's professor of demography Mikko Myrskylä. "And the timing of fertility is critical in influencing the experience of parenthood.”

According to data from Germany and the United Kingdom, those who generally experience the highest highs are moms and dads over the age of 35 and those with higher levels of education. Makes perfect sense, assuming those individuals feel most ready to make the leap into parenthood. Least enamoured were the teens, but of course this could be in part due to unplanned pregnancies.

Myrskylä cited financial stresses as a potential cause of declining happiness in subsequent children. I'm thinking the toll of less sleep and added stress could also have something to do with it. Interestingly, cultural differences between Germany and the UK bore no impact on the findings.

The sheer elation of welcoming your first child into your life is unforgettable. But would I describe the first year of my son's life as my happiest? I remember a haze of exhaution and colicky screams punctuated by amazement. What about the year before that? Certainly I was lucky to have a pregnancy that clinicians tend to describe as 'uneventful.' They were certainly some of my most memorable, emotional months, yet I'm not convinced that either year would qualify as the happiest of my life.

Contrary to popular belief, having kids isn't a key component to happiness. Starting a family no doubt adds to life's "rich pageant," yet ultimately it seems we are only destined to be as happy as we ever were.

You tell me: Does this study ring true for you?

This was the sweetest study we've read in a while.