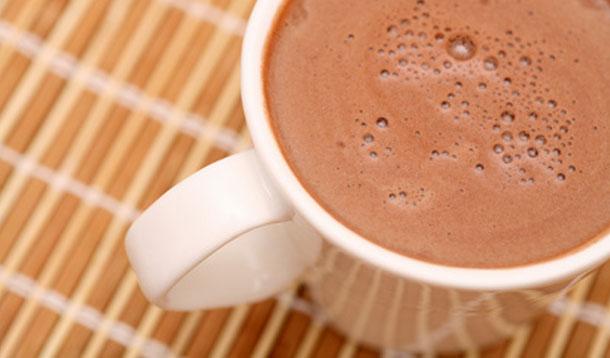 This study reads like a dream come true. A small sample from Columbia University has revealed that a concentrated form of hot cocoa may actually improve memory. The key ingredient is a plant compound called flavanols.

According to a report in the journal Nature Neuroscience, a specially formulated flavanol-rich drink consumed over three months had the effect of turning back time, improving the memory of a 60-year-old to that of "a typical 30- or 40-year-old," said lead researcher, Dr. Scott Small.

But don't get too excited. The special drink by Mars Inc. isn't available on the market yet.

A group of 37 participants aged 50 to 69 showed improved noticeable gains in memory after consuming 900 mg of flavanols a day, compared to those who only consumed 10 mg of flavanols. The changes were reflected in memory tests as well as magnetic resonance imaging (MRI) scans.

Obviously, both longer and larger trials need to be conducted. Still, this study has exciting connotations in terms of dementia and Alzheimer’s research, and maybe your run-of-the-mill forgetful moms.

But Dr. Small was something of a killjoy, warning against chocolate binges.

“It is true that cocoa flavanols are found in chocolate; however, only in small amounts,” he said. “Consuming a lot of chocolate is simply bad for your health.”

Just try and stop me.

And if you need more reasons to love chocolate, our good doctor is here to help.