"We shouldn't trust birth, we should respect it" Ashley Martin was ready. She'd already given birth to four babies, one of them at home. She'd invested hundreds—nay thousands, of dollars into the "perfect" birth—to be documented by a professional photographer, to boot. Only, it didn't go to plan.

What started out fine swiftly turned into "the worst day of [Martin's] life." Partway into proceedings her son was in the rare "brow presentation," in which the widest, eyebrow area of the baby's head exits first. Then his shoulder ("extended shoulder dystocia") had to be manipulated by the midwife.

What's Best For You: Home Birth vs. Hospital Birth

When Zinn finally emerged, he was unresponsive. 911 was called; CPR administered. All of this hell was caught on film. Two and a half days later Zinn was discharged from NICU and reunited with his family.

Like many moms, instead of moving forward, Martin struggled to come to terms with her traumatic birth experience. She didn't feel empowered; she didn't feel like the 'birth warrior' people claimed she was.

"I wanted to be that pretty momma—laughing during labour—sitting in the pool looking glamorous and happy," wrote Martin about the experience. Instead she felt "misled, lied too, and manipulated." Now she wants to tear the rose-coloured glasses off women expecting similar fairytale home births.

"...when things go wrong, it goes downhill REALLY quickly. You might be 'low risk' one second and 'high risk' the next second. And that oxygen tank? It won't get you very far. You are not just 'down the hall' from an operating room. You don't have a neonatologist in the next room. You honestly don't have anyone qualified for an emergency next to you."

To this day, Martin still has nightmares about the birth. She readily admits that she was "part of an ugly statistic" and an exceedingly rare one at that. As in, between 1 in 500-1,400 for brow presentation and 0.5-1.5% for shoulder dystocia.

Are You One Of the 33% Who Experienced Post Traumatic Stress After Giving Birth?

That's the ultimate in shitty luck. I can't speak for Martin's situation, but I was amply informed of the pros and cons of home birthing. That's why I opted to labour in a 'low needs' suite within a hospital setting. I figured my bases would be covered in case something unexpected happened. (And let's face it, despite our best intentions, labour is not a colour-by-numbers. Labour is not 100% within our bodies' control, no matter how much prep we put into it.)

And though I wasn't exactly smiling throughout, I DID have the kind of idyllic water birth Martin described, thanks to a little nitrous oxide, some relaxing music, and a great midwife.

So the fairy tale can and does happen for many women. It's not a lie perpetuated in the glossy pages of parenting magazine.

Martin's feelings are absolutely valid and an upsetting birth experience can have lasting effects on a mother and her family. But it's wrong to scare women from wanting to go this route, because that decision is one which should come from research and discussion, not fear - one way or another. A certified, licensed midwife is a health care professional and they understand birthing risk. We can plan and hope for the best, but also be keenly aware (as I was throughout the labour) that it could easily go the other way, through no fault of our own.

Martin says: "We shouldn't trust birth, we should respect it." To that I would just add Amen.

A burden to taxpayers? We Canadians like nothing better than to sing the praises of our health care system, yet it's riddled with holes, as is our Immigration Act. Case in point: A South African doctor was recently denied entry into the country over concerns her autistic daughter would cost taxpayers.

She's not alone. Apparently some 20,000 prospective newcomers a year are turned away because of medical conditions - from HIV to arthritis - all deemed a burden to our already burdened health care system. So says a 13 year-old section of our Immigration and Refugee Protection Act, a section described by some as "morally repugnant" and in contravention of our Charter of Rights.

I fully understand rejecting people on the grounds of medical conditions which pose a direct threat to public health. But autism? This country (and the province of Ontario, in particular) doles out precious little in the way of public services. As it stands, most families who can afford to do so pay for services privately.

This kind of decision should be taken on a case-by-case basis. South African physician Asmeeta Burra and her husband - an architect - applied for residency as skilled workers in B.C. Though there is no guarantee of the couple's income, it's fair to assume they would provide a significant contribution as taxpayers and an invaluable service to said broken health care system.

Immigration officials concluded that although the family offered to cover any extra support their 16 year-old needs, those extras would cost around $16,000 a year (almost $10K more than the $6,300 average).

How do you put a value on a person?

I'm a Canadian by birth, and this legislation makes me queasy. Thankfully my son - who was born overseas - received his residency as a baby. Had we prolonged our move for three years—when he formally "became" autistic—would my native land have turned us away?

You tell me: Is this legislation fair?

Pop Star Sia's Video Being Called "Inappropriate," But No

It's Sia, not lolita

Pop Star Sia's Video Being Called "Inappropriate," But No 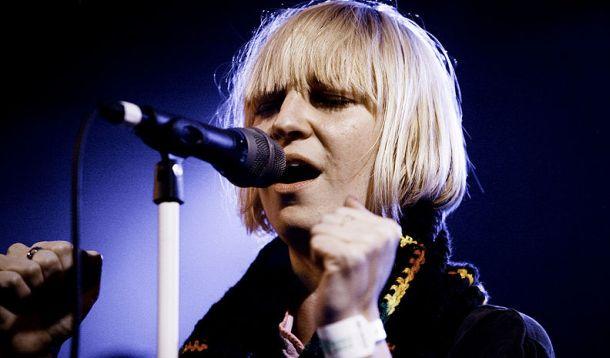 The Australian singer Sia was compelled to say sorry following complaints that her video for "Elastic Heart," featuring Shia LaBeouf and 12-year-old Maggie Ziegler, comes across as vaguely pedophiliac (my word). The only thing for which Sia should perhaps apologize is some weird choreography in her latest single.

Sia, who is notoriously camera-shy, has used platinum wig-wearing Ziegler as a kind of mini-me in past videos, including one in which she dances alongside a woman. The big—or only—difference I can see between 'Chandelier' and this latest track is the inclusion of a male counterpoint: Shia LaBeouf.

In matching, nude-coloured leotards, the pair is seen frolicking and prancing around Cirque de Soleil-style inside a giant cage.

In Sia's own words, the video contains "some emotional content.” What it doesn't contain, though, is sexual content or even insinuations of sexual content. In fact, nothing really struck me as offensive about the video, except maybe for the fact that people in nude leotards are dancing inside a cage. (Did I mention I'm not a fan of modern dance?)

At once playful and intense, the exchange is meant to be artsy and edgy. Yet there is no subtext here that I can see. The only crime seems to be in throwing a man and a young girl together in the same space. Is it testament to our own paranoia that we see abuse and violation everywhere?

When a photo of this celebrity's daughter went viral, authorities and the media were quick to shout foul play, even though by her own parents' admission nothing seedy was going on.

While Sia's video may not float my creative boat, that's not to say it's necessarily exploitive.
It's a sad day when a man and a girl can't perform together without arousing suspicion, especially when that girl is as talented as Maggie Ziegler.