Did Our BabyBoomer Parents Get it Right by Saying: "That's Stupid"?

Kids need to know when behavior is bad for their safety and health. 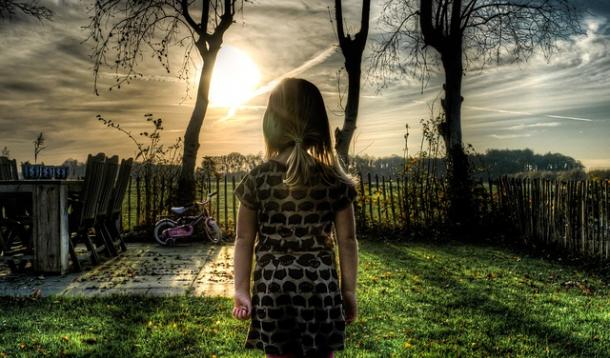 The choking game is back in the news again. A friend and I were discussing it: “I remember people talking about the choking game when I was in grade 8 – so, 1985,” she said. “It’s not new.”

But that got me thinking.

"Don’t choke yourself for a rush. You might pass out and die and be found there with your pants down just like so and so.”

Nobody wants to die like that. That would be stupid.

I know where the disapproving un-PC voice in my head comes from. If I looked back over the years and summarized my mom and dad’s parenting to a single motto, it would have been don’t be stupid.

Of course, in the context of my childhood, that motto made a lot of sense. I was a latch key kid. I lived in Florida. Everyone had deep in-ground pools and neighborhoods had lakes full of gators and poisonous snakes. We’d bike all over the town, crossing busy streets and interacting with strangers.

That was the Gen X way to teach simple, harsh truth that have this universal applicability. If you’re stupid, there’s a price to pay, and the person who’s at fault? That’s you.

One of my earliest memories was of burning my fingers on the stove. I was probably about three years-old. I remember very clearly my mom telling me not to touch it. I touched it anyway, and she didn’t stop me. She had already warned me not to do something, and I decided to ignore it.

Ignoring the warning and touching it for the sake of being defiant was definitely stupid of me, and I had blistered fingers as my reward. But I learned something that day, too – a lesson that I’ve carried forward almost four decades since then.

Kids do stupid things, and especially when they've failed to think things through, nothing teaches valuable life lessons like dealing with the consequences of stupidity.

But being stupid wasn't something that my parents should have protected me from. All of these mistakes are what has made me… me. They’ve created the person who understands that actions have consequences, both good and bad. And sometimes being stupid is the smartest thing we can do - it's our brain that helps us to figure out whether the consequences are worth the risks, and time, results, and perspective is what makes an action stupid, or merely risky.

Sometimes stupidity can pay off huge, like when you quit a well-paying job and abandon all that security to do something you’re passionate about. You might end up making a living doing something you love instead.

We do our kids no favours when we protect them from that ugly truth and I’ve always held that honesty is the best policy. But I also know that sometimes no matter what you tell them, they’re going to go ahead and do something stupid anyway. We can’t protect our kids with a bubble. All we can do is arm them with knowledge.

So years ago, the last time the choking game came up in the news, I told my son about this game that some people liked to play. They’d use a belt or a rope, and they’d strangle themselves, cutting off air and blood circulation to their brains to try to make themselves feel good, risking brain damage, stroke, passing out, or even death.

My son looked at me with that look, and said “That’s stupid.”

I patted his shoulder and we carried on with our day.