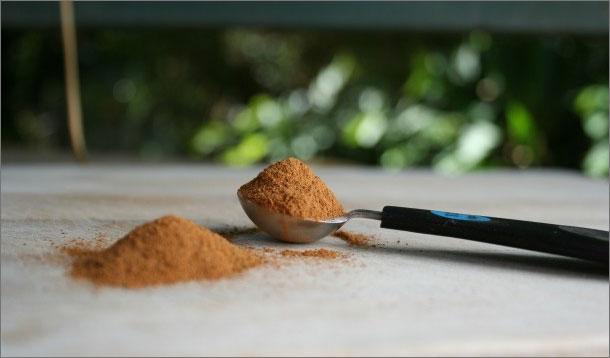 Who knew that cinnamon, nutmeg, and marshmallows could be dangerous? But parents are being warned that the household staples could actually be fatal as kids seek out new, legal highs.

"The envelope is always being pushed to create something new that will get attention, potentially create a drug-like effect and can pass under the radar of law enforcers," says Department of Emergency Medicine at Loyola University Health System toxicologist, Dr. Christina Hantsch.

The 'challenge' is to swallow a tablespoon of ground cinnamon without water. "The dry, loose cinnamon triggers a violent coughing effect and also a burning sensation that actually can lead to breathing and choking hazards," said Hantsch.

Unfortunately with the accessibility of YouTube, there are hundreds of posting for such risky games, with kids daring each other to try experiments using common items.

Another challenge known as Chubby Bunny involves stuffing your mouth with as many marshmallows as possible, then trying to say the words 'Chubby Bunny.' Sounds cute. But two children have already choked to death playing it.

In the first three months of 2012 alone, poison centres fielded 139 calls involving cinnamon, 30 of which required medial intervention. Kids have also found that cupboard staples such as ground nutmeg can produce a "marijuana-like high" as it contains a hallucinogenic called myristicin.

According to an article in Science Daily, a synthetic form of marijuana known as Spice or K2 is exceedingly popular because it's legal and can't be detected in standard drug tests. However, it's said to be more dangerous than cannabis—with documented side effects such as respiratory, cardiac and nerve damage.

"Seemingly silly games can have sinister effects and the holidays are the worst time for this to happen," said Hantsch. "Kids have more free time, greater access to the Internet and more opportunities to get together during vacations. And at Christmas, the kitchen pantry is loaded for holiday baking. Adults are wise to keep an eye on their children to make sure they are using the ingredients for their proper use."

Time to lock up the cinnamon and nutmeg? Or time to teach your kids that even cooking spices can be dangerous?